Asian Art Week came to the city with a celebration of art from all over Asia, Indian art showed a strong showing, both in the realm of antiquities and modern and contemporary art.

Man cannot live by bread or politics alone and art and literature are big players in the material life of  New York City. As Asian Art Week came to the city with a celebration of art from all over Asia, Indian art showed a strong showing, both in the realm of antiquities and modern and contemporary art.

Asia Week New York is a collaboration of  Asian art specialists, major auction houses, and museums and Asian cultural institutions in the metropolitan New York area. AWNY celebrated its 10th anniversary in March 2019 and in this September edition, several galleries and dealers are participating, as a teaser to the upcoming Asia Week edition in March 2020. While the antiquities market is still ruled by Chinese and Japanese art, the Indian art market continues to grow and strengthen. The Indian, Himalayan & Southeast Asian Works of Art auction at Christies included a selection of works included in the landmark travelling exhibition of South Asian art, Sensuous Immortals and a wide array of significant Himalayan material. Christie’s sale of
Indian, Himalayan and Southeast Asian Works of Art totalled $3,003,750. The top lot of the sale was a gilt-bronze figure of Vajrasattva, which sold for $615,000.
Christie’s auction of South Asian Modern and Contemporary Art totaled $7,504,625. The top sale was Sayed Haider Raza’s La Terre, which realized $3,015,000 and a new artist record was set for Shakir Ali, Untitled (Birds), which sold for $87,500.
Strong prices were achieved for early paintings by members of the Progressive Artists’ Group including Untitled (Cityscape) by Sayed Haider Raza which sold for $543,000; and early portraits by Francis Newton Souza like Head in a Landscape, which sold for $471,000. 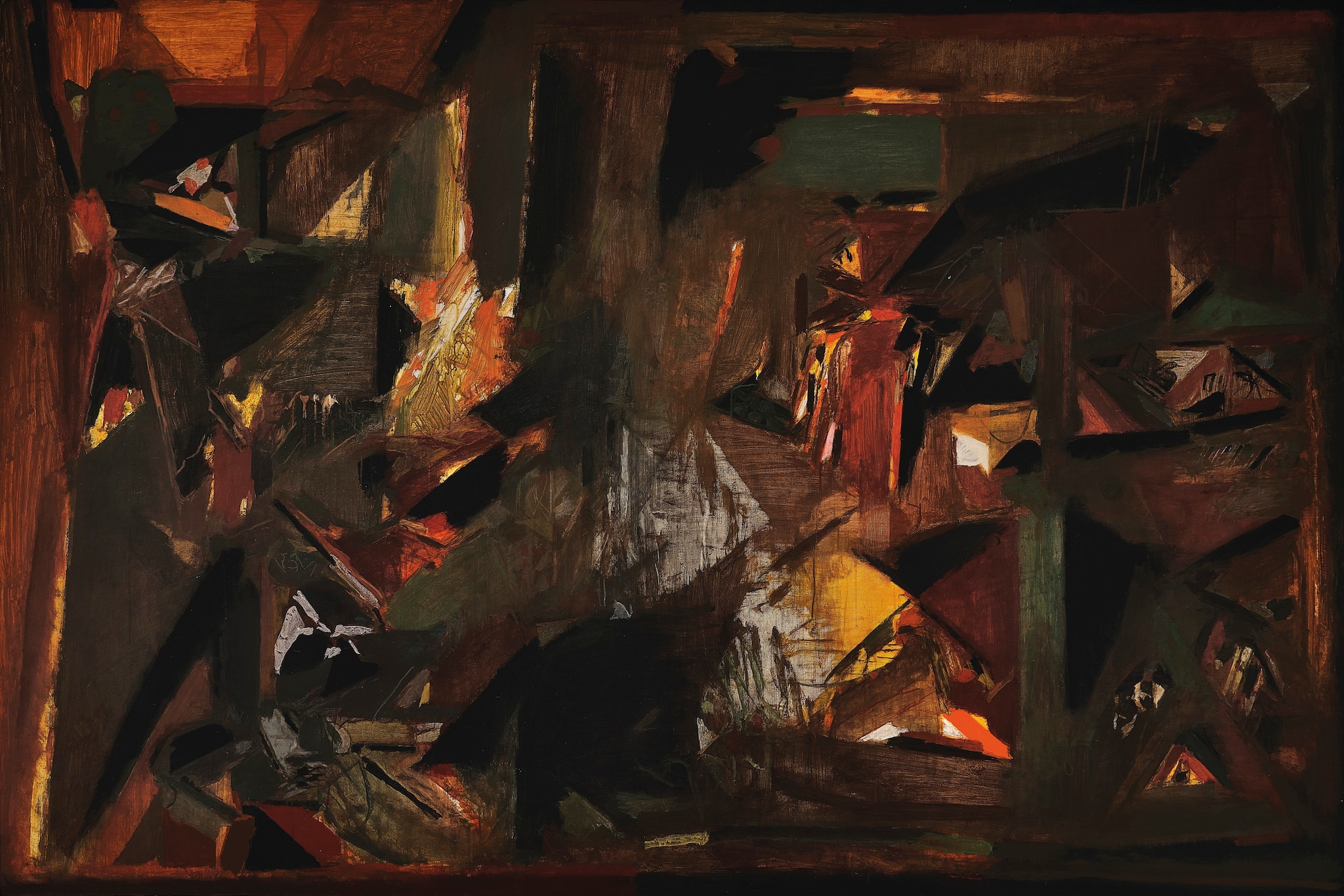 La Terre by Raza auctioned at Christie’s.
An interesting confluence of art, literature and finance was the auction of art donated to benefit the cause of literature, with the funds raised going to the Library of Bengali Literature, a brand new initiative at the nonprofit Columbia University Press. Several donors, including DAG Gallery, had contributed art works to raise funds and this auction by Christie’s raised $122,875 for the project.
So what is the Library of Bengali Literature? It is an exciting new series of English-language translations of the masterpieces of the Bengali literary tradition. Noted scholar Gayatri Chakravorty Spivak, Jnanpith awardee poet Sankha Ghosh, and Associate Professor at the University of Chicago Thibaut d’Hubert have partnered with Columbia University Press (CUP)to create the Library of Bengali Literature, producing bilingual editions of these noted books which deserve an international audience. CUP is raising an endowment of $2 million to support the series in perpetuity. Professors Arindam Chakrabarti and Gayatri Spivak at the Bengali Library Gala at DAG Gallery
At a gala event to raise funds for this venture, Ashish Anand, CEO of DAG, noted, “I firmly believe that literature and art—the word and the image—are intertwined as tools of societal communication and growth, both providing us with a glimpse into our histories, our past and our peoples.”
From the art of India to the books of India, it is just a jump to actual India and an exhibit full of nostalgia for the old days when travel by cruise ships, railways and airlines opened up the mysteries of India for the west. This is an unusual and offbeat exhibit by Kapoor Galleries which is noted for Ancient and Classical Fine Arts of India and for encouraging interest in Indian art among collectors and institutions for 40 years. A travel poster at Kapoor Galleries
The gallery which is run by three generations of the Kapoor family showcased Images of the Exotic: Posters of India from the Golden Age of Travel, with an array of 20th century posters typically issued and distributed by commercial aviation companies to market their international destinations. In India, the government also produced their own travel posters to bolster tourism efforts after gaining independence in 1947 and constructing a new economy. This was long before the advent of Incredible India and the sophisticated marketing of today –but there is a great charm to these illustrated posters, many by noted as well as commercial artists. To see vanished names like TWA mentioned on these posters is to remember the grand old days of air flight as fantasy. A travel poster at Kapoor Galleries
For lovers of Indian art, it is satisfying to see several exhibitions of Indian art happening in the city.  At Asia Society ancient and contemporary art mix in an exhibition highlighting the Goddess Lakshmi as seen and interpreted in the diaspora, in Buddhism and even in international settings. This exhibition is part of Asia Society Museum’s ongoing In Focus series, which invites viewers to take an in-depth look at a single, significant work of art.
Note the curators, “The transformation of Lakshmi extends beyond the Hindu context. Prior to the twelfth century, Lakshmi became an important deity in Buddhism when it was still a major religion in India. Her imagery and worship within a Buddhist context was transmitted to other parts of Asia and beyond. For instance, Kichijōten, the Japanese Buddhist version of Lakshmi depicted in a painting in this exhibition, became a goddess of wealth, beauty, and happiness.” Also included in these depictions of Lakshmi are the contemporary collages by Brazilian artist Roberto Custodio, examining the manifestations of Ashta lakshmi (the eight Lakshmis) as seen through the prism of high fashion and consumerism.
At the Aicon Gallery one could see the powerful interaction of Indian women artists with other women of color in ‘Intricacies: Fragment and Meaning’ a group show which brings together Indian artists Rina Banerjee and Mequitta Ahuja from the US, Peju Alatise from Nigeria, and Saba Qizilbash and Faiza Butt from Pakistan. It is a surreal journey through varied methods, forms and visuals down the rabbit hole of identity and finding oneself through art.
Coming from different parts of the world, with their own creativity and brush-strokes, these strong contemporary women show the relationship between part and whole, fragment and meaning. Each of these artists is from somewhere else, yet brings their own memories and craft into the present, emphasizing the universality of a world caught between cultures and finally the humanity that actually binds them.
Lavina Melwani is a New York-based journalist who blogs at Lassi with Lavina.
Read Lavina Melwani's columns here
Check out our in-depth Market Coverage, Business News & get real-time Stock Market Updates on CNBC-TV18. Also, Watch our channels CNBC-TV18, CNBC Awaaz and CNBC Bajar Live on-the-go!