In search of St Valentine in Dublin

Forgive me for being errant on Valentine’s Day. For spurning red roses, champagne and seeking bones and a vessel tinged with blood. The blood of the man who lends his name to Valentine’s Day. A Roman priest, and perhaps later a bishop, who lived nearly 1,700 years ago. A man who secretly married off couples in defiance of the emperor’s ban on, well, marriage. The man who was executed on February 14 in the year 269.

That man was called Valentine and I was seeking his bones and blood in Dublin in the 19th century The Church of Our Lady of Mount Carmel and Shrine of Saint Valentine, simply known by locals as Whitefriar Street Church. St Valentine was not a stranger but I never thought of him as a martyr. Until Pat Liddy, Irish artist, historian, writer, illustrator, broadcaster, mapmaker, and environmental lobbyist, took me back centuries to the reign of Emperor Claudius II who forbade Roman soldiers from being married. 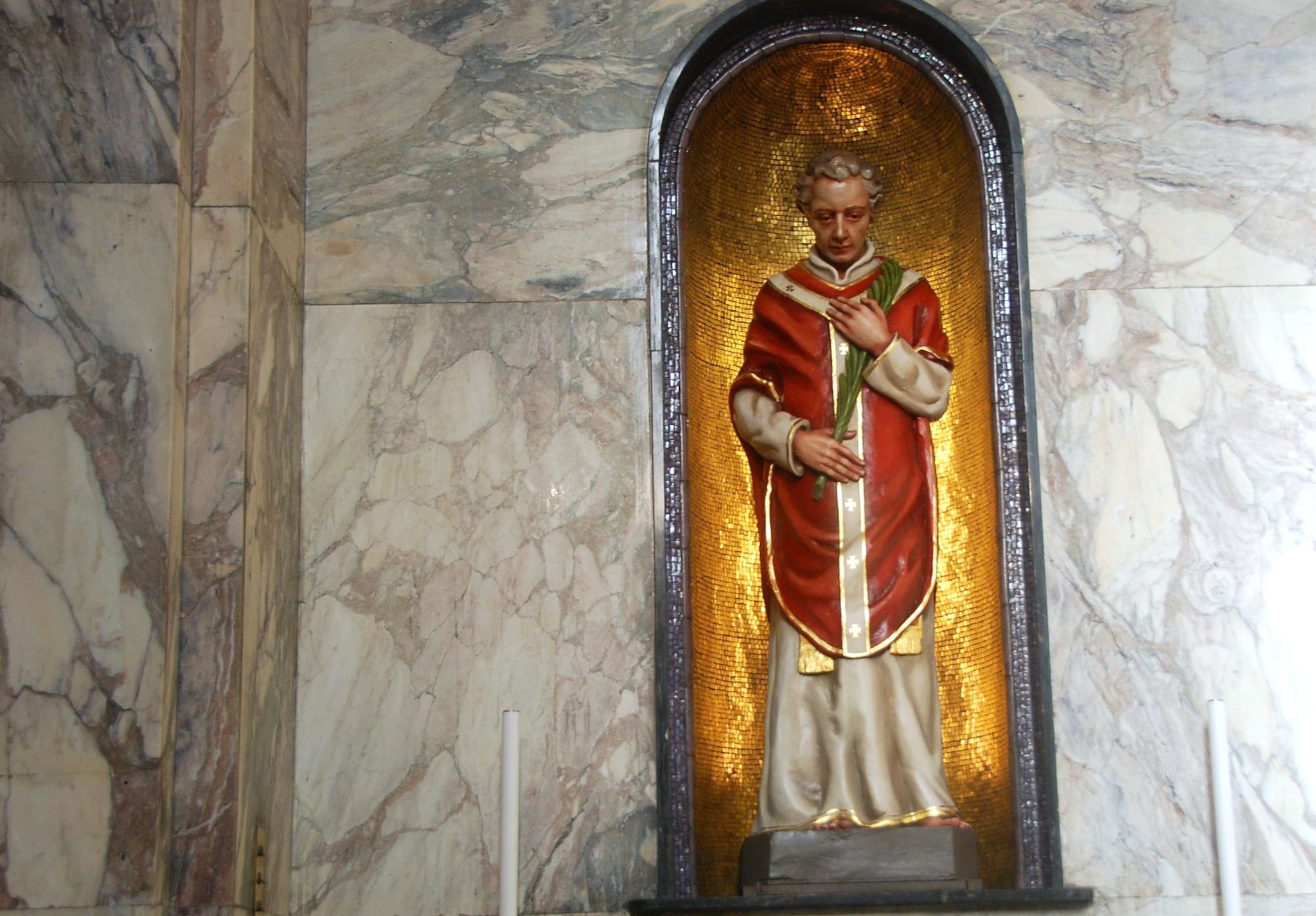 A statue of Saint Valentine inside Dublin’s Whitefriar Street Church.

The emperor had banned marriage because a newlywed husband was not permitted to travel away from home in the first year of marriage so as to able to establish a family. The emperor needed soldiers and this age-old tradition made it harder to maintain numbers in the army. Valentine (later Saint Valentine) defied the marriage ban and married couples who were in love in secret. The miffed king ordered the arrest of Valentine and put him to death.

Another popular story centres on Valentine’s time in jail during the last few days of his life. There, the jailor asked whether he could bring his blind daughter Julia for a cure. Valentine began to treat and educate the girl. Before execution, Valentine wrote a note to Julia and signed it, “From your Valentine”. After his death, when Julia opened the letter, a crocus (a flower of the iris family) fell from it and her eyesight was restored.

The entrance of Whitefriar Street Church.

Valentine was executed in 269AD but it was centuries later that his relics were brought to Dublin. According to Friar Simon Nolan, Prior of Whitefriar Street Church, in 1835, Revered Dr. John Spratt (1796-1871) - an Irish Carmelite - was gifted the relics of Saint Valentine by Pope Gregory XVI. The relics were brought to Whitefriar Street Church in procession in 1836 and have remained at Whitefriar Street Church ever since. The current shrine dates from the 1950s and features an altar with a glass front, containing the reliquary of Saint Valentine, and a statue of the saint by the noted Irish sculptor Irene Broe. The original accompanying documentation from the Holy See states that the reliquary contains the remains of Saint Valentine, martyr, together with a small vessel tinged with his blood. 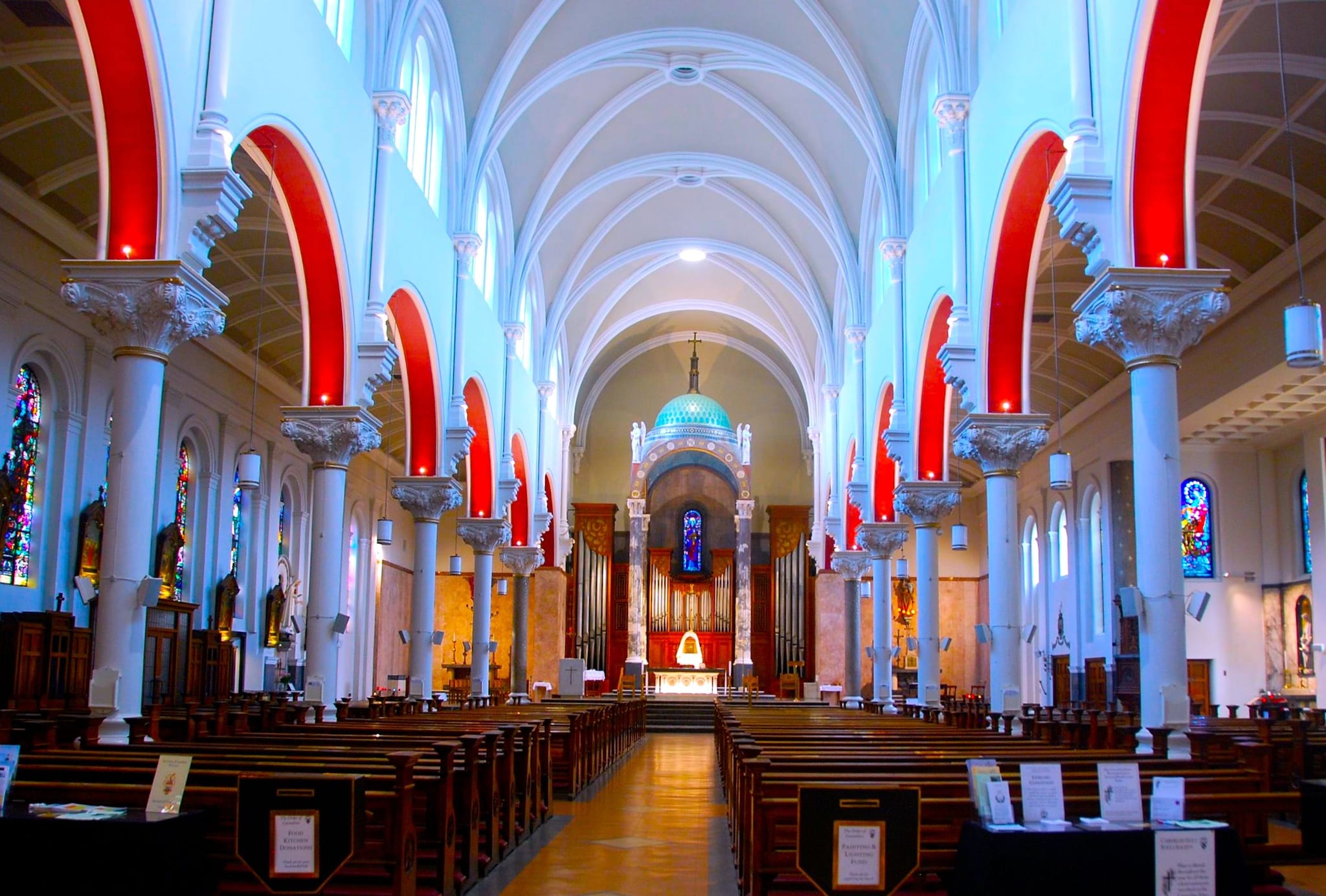 On February 14, Valentine shed his blood for love and marriage but he still lives in Dublin’s Whitefriar Street Church. 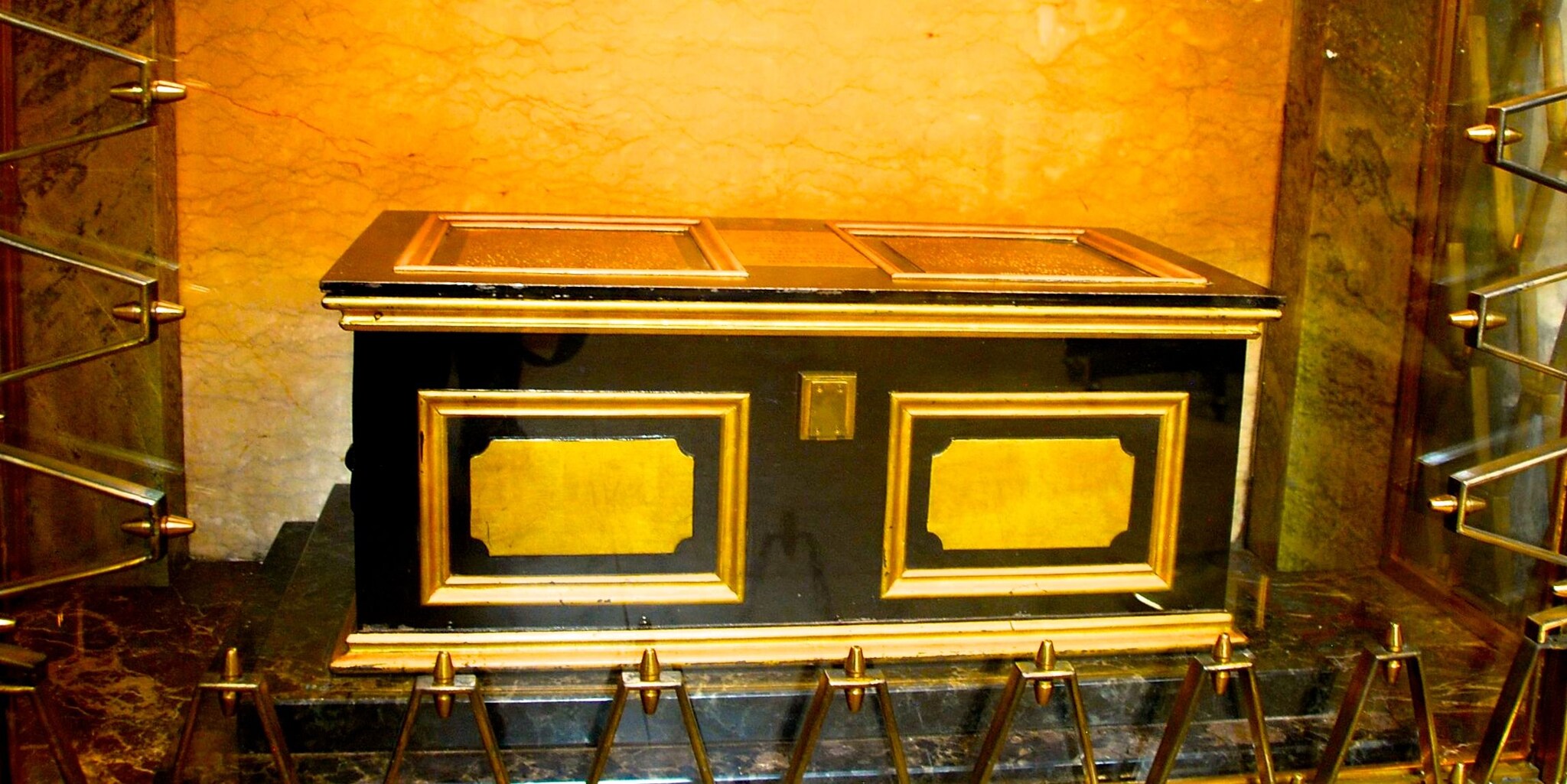 The casket holding relics of Saint Valentine.
All about love