In Auschwitz on its Liberation Day

Never has such devastating disquiet preceded a moment. Never before have I reprimanded my tears so much. Never gathered every fleck of courage. Never my being deafened by the noise of the heart. That day in Krakow (Poland), the sky was glum, dandelions were fluttering in the morning breeze and holding a ticket I stood in a bus queue to drive to Auschwitz, 50 kms away. A murderous town called Auschwitz. So evil that it is written in history with black-hearted barbarity.

“When the camp was liberated on January 27, 1945, 836,525 sets of women’s clothing, 533,216 sets of hosiery, 7 tonnes of hair, 38,000 pairs of men’s, 5200 pairs of women’s shoes were recovered….” A documentary was spooling on the tiny television screen inside the bus but my tears could not barricade death. Nor pain. Nor cruelty to millions of Jews in the Auschwitz concentration camp.

I was dreading the moment. The town. And that moment in history. What would it be like to stand in the gas chamber where thousands of men, women and children were stripped naked and gassed to death? How would one look at two tonnes of human hair that was sold to make felt and fabric? To touch the grey concrete Wall of Death against which 22,000 Jews were shot? To lean against the high-voltage barbed wires? To walk into the Birkenau camp’s barracks where 400 people were herded into what was meant to accommodate 52 horses? And yes, Building 11 where Dr Josef Mengele injected phenol into the hearts of children or colour into their eyes, where he picked twins and cut them open. Auschwitz was a complex of 48 concentration and extermination camps. Photographed here is the main camp.

Thoughts were hammering my heart as I entered through the first gate of the camp. “Auschwitz did not begin as a concentration camp, in the beginning it was a penal colony…Only when the Nazi policy towards the Jews changed did Auschwitz become an extermination camp…” I could hear the guide’s sing-song narrative. On June 14, 1940, the first set of 728 Polish prisoners arrived from Tarnow. That was the just the beginning of tragedy. A sign at the camp where corpses were displayed as a warning to others .

As soon as the prisoners disembarked, the SS guards robbed them of all their belongings. They were left with nothing. Not even a name. Not even dignity. At the unloading ramp began the ‘selection’. They were two paths - left and right. Right meant assignment to work, left death in the gas chambers. Death was a certainty for infants, elderly, infirm, pregnant women. Those who looked healthy, survived, but became numbers. Or winkles (triangles): red for political prisoners, green for criminals, black for prostitutes, pink for homosexuals. In Auschwitz, names became redundant, obsolete; all that mattered was numbers: 18564, 29871, 45618, 32091…Random numbers that became their identity. And destiny. 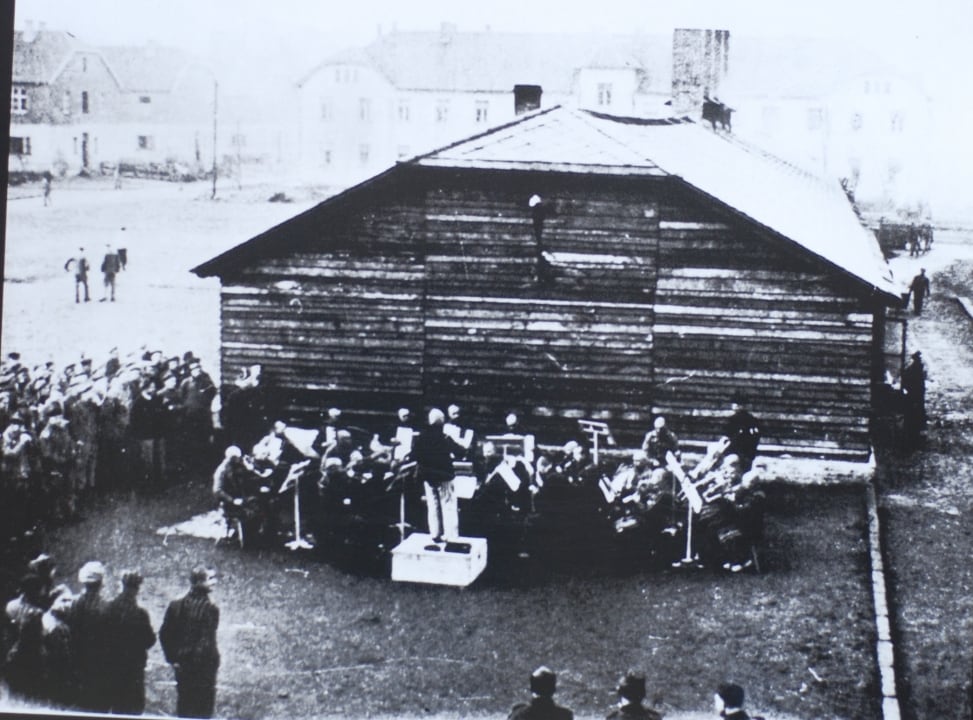 A 1941 photograph depicting the camp orchestra which had to play marches to help prisoners keep in step and to make it easier for the Nazis to count them as they went to and from work.

I stepped out of building no. 11 where candles flickered in the starvation, suffocation and standing cells. In a tiny 4 x 4 ft. space four men were made to stand for hours as punishment. I walked by the grey concrete Wall of Death where guards shot dead victims. I stood by the wooden posts with iron hooks on which prisoners were hung with their hands tied at the back.

In building no. 5 there was a pile of 80,000 shoes. Wooden clogs. Black school shoe with missing laces. A strapped sandal. A pair of cowboy boots. 80,000 shoes. In another corner spread evenly on concrete was two tonnes of hair (during the 1945 camp liberation, 7 tonnes of hair was seized at the Birkenau camp), a tight plait held tidily with a rubber band, a mop of sinuous curls by a bale of fabric woven out of human hair. Thousands of pots and pans dumped in a pit, mangled mass of hundreds of spectacles, countless tooth, shaving and shoe brushes. No names. Just personal belongings of the prisoners. Not too far away stood the gas chamber - the killing room into which thousands walked in naked. It was a ‘shower’ that they had to undress for; they knew not it was death waiting for them.

Instead of a hot shower, it was Zyklon B - 7 kilograms of the chemical could kill 2,000 people in 20 minutes. The tiny blue pellets labelled – ironically – Gift Gas, were dumped through the chimney and the doors opened after 20 minutes. No, not to bury the dead but to yank their gold teeth off and then the bodies shoved hurriedly into the crematoriums, the ashes later dumped in the river. Then another wait…Another 2,000 walking naked towards death. Thousands died. For no fault of theirs.

On January 27, 1945, Auschwitz was liberated. That day in the concentration camp, I set free my caged tears. I held a barbed wire and wept. And wept. Not only at history but at depravity that humans are capable of. I took the bus back to Krakow and wept all night. For the dead. Who did not deserve death. Not that death. Good to know: January 27, the day Auschwitz was liberated in 1945 is now commemorated as International Holocaust Remembrance Day. 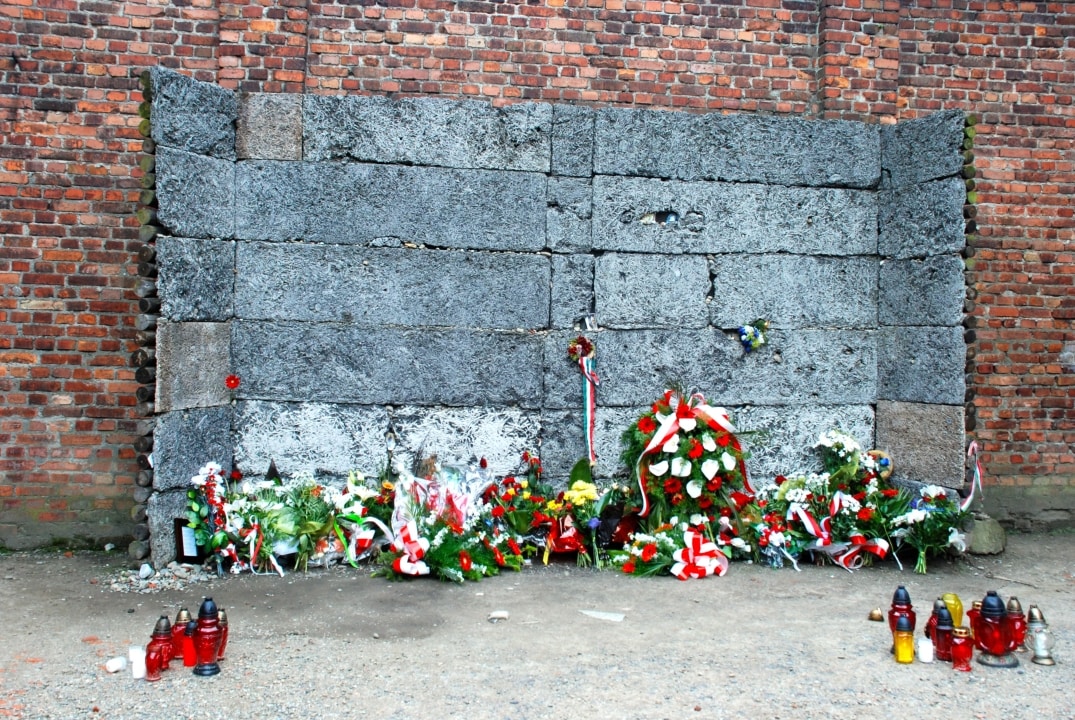