Updated : June 29, 2019 08:29 AM IST
The first one off the ground is the treasure trove of the late British watchmaker George Daniels, including his famous Space Traveller 1.
The auctions bring the fabled British watch-making heritage to the fore.

Watch collectors live in a rarefied world – they are known to be eccentrics who know every movement ever made; every watch ever crafted; every artisanal touch that a watch has ever sported. They pour over watch catalogues, keep track of auctions and find other collectors not just to bond with, but buy from.

'Horlogerie' is a passion of a lifetime and collectors world-over are known to have secret stash of rare watches. Digging into this rich resource of single owner-collectors, on July 2, Sotheby’s will launch a series of four global auctions. 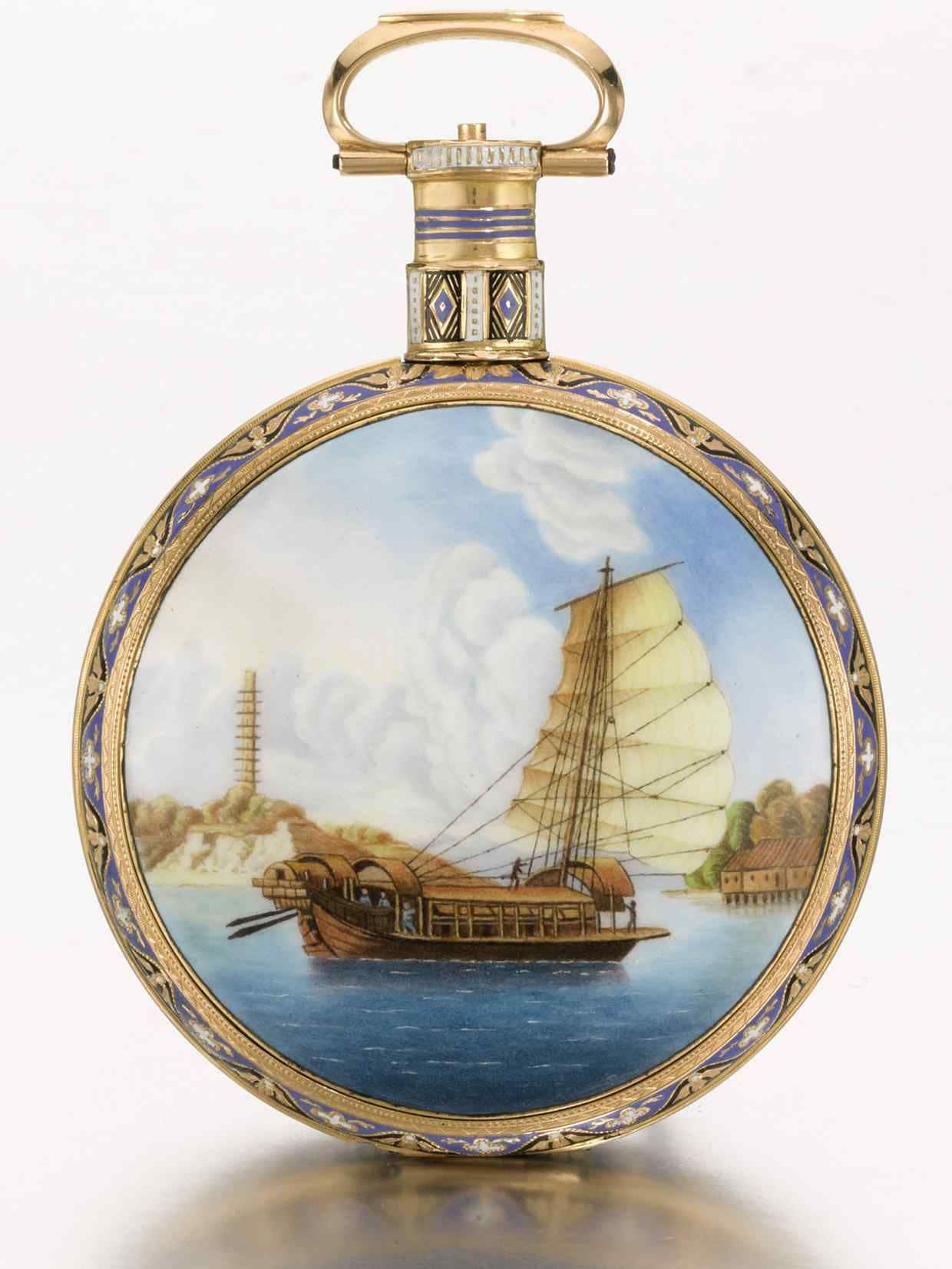 Masterworks of Time will be hosted over the rest of 2019 and 2020, and will feature an astounding range of 800 watches. But unlike other auctions, each of the four will focus on the extensive and extravagant collection of one collector. The watches are estimated to be worth a staggering £20m. The criteria by which the collections have made it to these uber-exclusive sales are pretty rigid: the watches must be amassed over 50 years by a single collector; it should span 500 years of watch-making history; and it should represent history and excellence in watch making.

According to Daryn Schnipper, chairwoman of Sotheby’s international watch division, the collections are a narrative of time told through watches and clocks. They also recount the story of the fascinating history of watch making and the craftsmanship involved in it. On July 2, the first collection, George Daniels: The Visionary goes on auction. Here is everything you may want to know.

Space Traveller I pocket watch, 1982: This one was designed by Daniel himself. He is said to have worked solo on the Isle of Man to handcraft 24 watches, of which the star was this pocket watch. The elegant Space Traveller I has solar and sidereal time, equation of time, moon phases and Daniel’s signature independent double-wheel escapement. It was inspired by the 1969 moon landing. Daniels descried the timepiece as ‘the watch you would need on your package tour to Mars’. The sale is set at an estimate price of £700,000-£1m.

The unique yellow gold watch has a gilt brass movement and

Lepine calibre construction. The silver engine-turned dial has a 24-hour chapter ring to the left for sidereal time and 24-hour chapter ring to the right for mean-solar time, each with seconds below. The watch is being auctioned with a signed copy of the instructions for managing the sidereal/solar time and a fitted presentation case. In addition to his passion for watches and vintage cars, space exploration held a particular fascination for George Daniels.

The addition of mean-solar and sidereal time was particularly meant for the astronauts; he hoped that some of them would be able to use it when they travelled to space. Sidereal time is based on the amount of time it takes the earth to turn on its axis: by measuring its transit of a fixed star, one is able to measure the actual time it takes for the earth to turn on its axis. This period of time is known as a sidereal day, which is approximately 23 hours, 56 minutes and 4.1 seconds. In 1988, the watch was sold at Sotheby’s in Geneva, subsequently entering the private collection from which it is now being auctioned again.

c1778 by George Margetts: Daniel was fascinated by astronomy and among his collection is a rare c1778 astronomical pocket watch. Very few of Margett’s works survives, which is what makes this one a coveted piece. This 58mm watch in gold and white enamel features an astronomical dial swirling with zodiac signs that display the meantime, age of the moon and tide dials, as well as the time of the tide at every major port in Britain. The solar and lunar indicators on them ensure that the dial rotates clockwise every day.  Only four or five astronomical watches were crafted by Margetts, of which this is one. Beautifully made and finished, they are fine examples of the art of the 18th century English horologist. Sonnerie two-train clock watch, S Smith & Sons, London: This massive gold grande has a trip minute repetition. It boasts a perpetual calendar, split seconds chronograph and tri-colour dial. The movement is a gilded three-quarter plate with lever escapement, bi-metallic compensation balance and precision regulation. The chronograph mechanism is visible on the back plate. The dial is turquoise enamel and gold with Roman numerals. There are three subsidiary dials for up-and-down indication, combined with gold chapter ring for leap year indication. The watch is encased in massive 18ct gold with rounded bezels, plain polished cuvette, gold pendant and bow.

The watch is significant also because of the legacy of the watchmaker. At the turn of the 20th century, S. Smith and Sons were counted among prominent London makers of complicated watches. The business was set up by jeweller and watchmaker Samuel Smith in 1851. The watch, reserved for sale a price of £700,000-£1m, has a two-tier movement with foliot (part of a verge escapement of a timepiece), a 1¼-inch dial with the centre which is engraved with a bird and flowers, and traces of polychrome enamel. The case is engraved with the royal coats-of-arms to each side. William Anthony, London, 1898: This magnificent gold, enamel, split pearl and diamond engraved duplex watch was made in 1898 for the Chinese imperial court. It has a highly decorated engraved and gilded oval movement, a duplex escapement and a diamond end-stone. The oval white enamel dial, for which William Anthony was famous, has subsidiary dials of equal size for time, Roman numerals for hours and minutes above subsidiary seconds with Arabic numerals, besides gold arrow hands for hours and minutes. The oval case, back-centred with three diamonds and with a diamond-set surround, is framed by an inner row of pearls and scroll-form gold wire work that is set with pearls. As was the trend for watches made for the Chinese, almost every surface of the 8-day duration movement was intricately engraved. 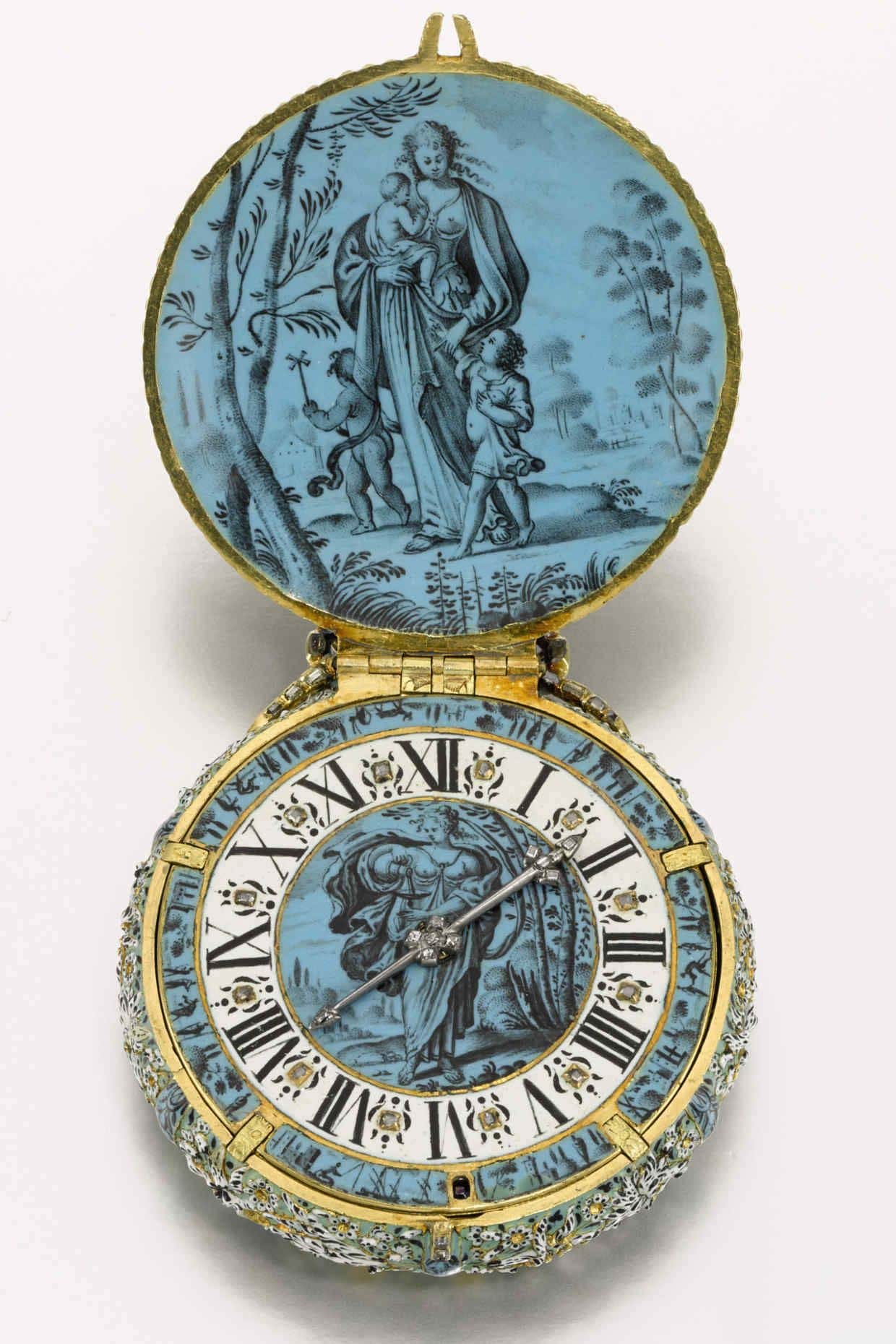 Other pieces on auction is a Joehan Cremsdorff gold- and diamond-set pocket watch (c1650, £700,000-£1m) painted in the rare Blois-school style enamel painting on enamel; London-made18th and 19th century pocket watches and William Ilbery’s open-faced pocket watch painted with a scene of a Chinese junk. Rounding of the collection is a bejewelled art deco Vacheron Constantin clock in the form of a Chinese temple portico that is fully crafted from hard stones such as rock crystal, coral, mother-of-pearl and black onyx. 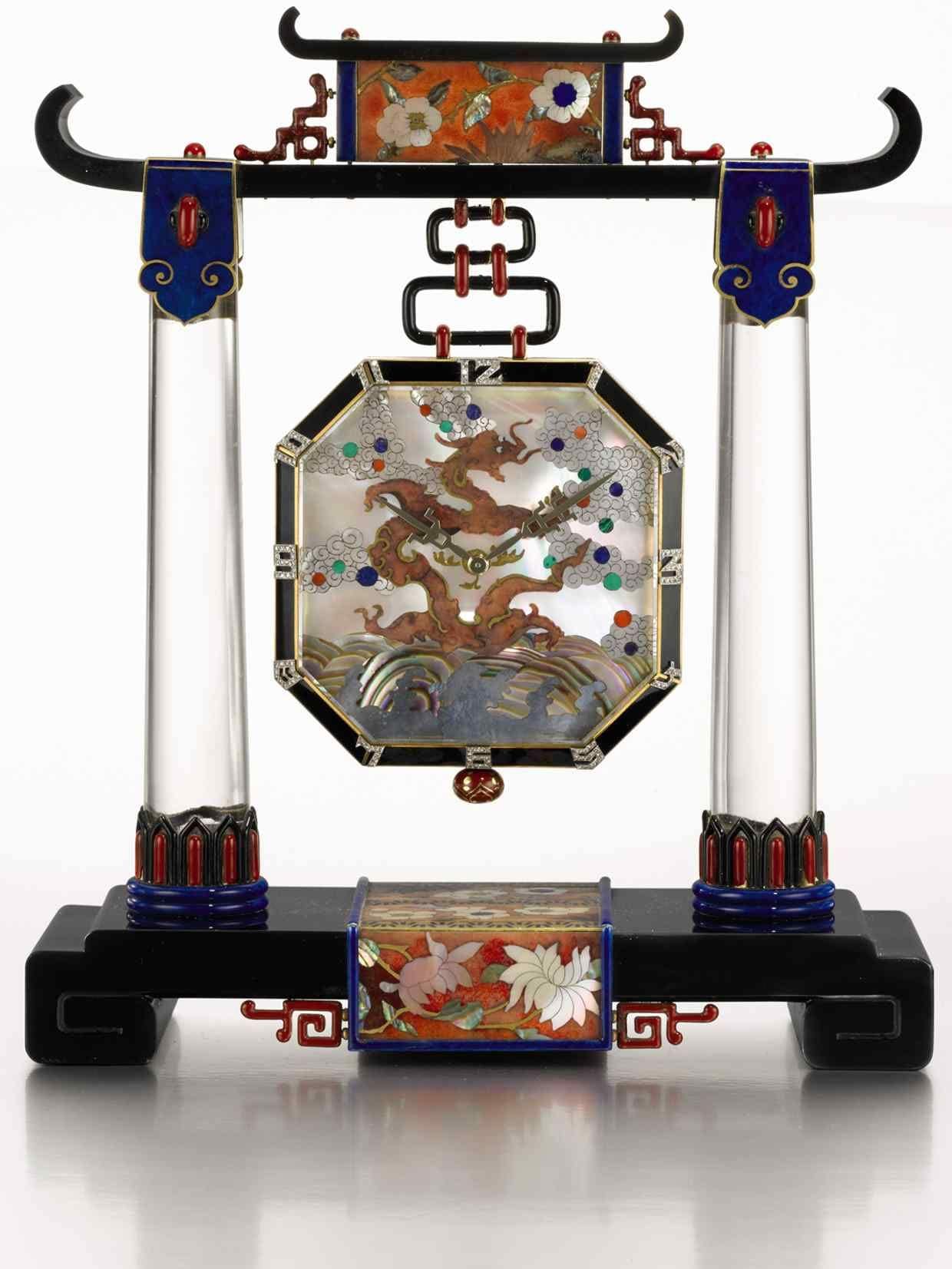 These and about 138 other watches from Daniel’s collection will be sold in an auction hosted in four cities across the world. They represent a fascinating horology history, particularly in Britain, which is where the art and craftsmanship involved in watch-making was first honed to perfection.