Makar Sankranti 2019: These are the biggest harvest festivals around the world

Makar Sankranti 2019: These are the biggest harvest festivals around the world

There’s Samhain celebrated by Wiccans and pagans recognizing the cycle of life, death, and renewal. Yams - and the traditional dish fufu - hold centre stage in Africa at the Yam Festival. Niiname-sai (literally, celebrations of first taste) is a Shinto rice festival in Japan while Mehregan, a Persian festival is dedicated to Mithra, the goddess of light, friendship, faith, love and kindness. In icy Tundra of Northern Russia, men of Koriak, Itel’men and Sunda tribes trek 43-mile to the top of Mt Evel as part of the harvest ritual to leave a wooden carving for the ancestors. On the final Sunday of February, the Archbishop of Mendoza sprinkles the season’s first grapes with holy water and offers the new vintage to God, setting off a month of celebrations in Argentina’s Mendoza region.
The United States of America Thanksgiving held on the fourth Thursday of November, originated in the fall of 1621, when Plymouth colonists celebrated their successful wheat crop and overflowing store cupboards with the Wampanoag Indians. Abraham Lincoln declared Thanksgiving a national holiday in 1863. Today, Thanksgiving is one of the most important festivals celebrating abundance. For more than 200 years, Americans have been sitting down to the same meal on Thanksgiving Day: roast turkey with stuffing, cranberry sauce, potatoes, and one or more kinds of pie.
Israel Sleeping under the stars for a whole week might seem an odd idea for a harvest festival. But that is an important ritual of Sukkot, the Jewish festival that celebrates bountiful harvests and recalls the time when the Israelites wandered the desert living in temporary shelters. Families build makeshift huts, or sukkah, with roofs open to the sky. Wands of willow, myrtle, and palm, together with a citron (a kind of lemon), are shaken every day in all directions to honour the gifts from the land. Mentioned as ‘the holiday’ in the Bible, Sukkot is often described as Israel’s ‘most holy and important feast’.
Indonesia 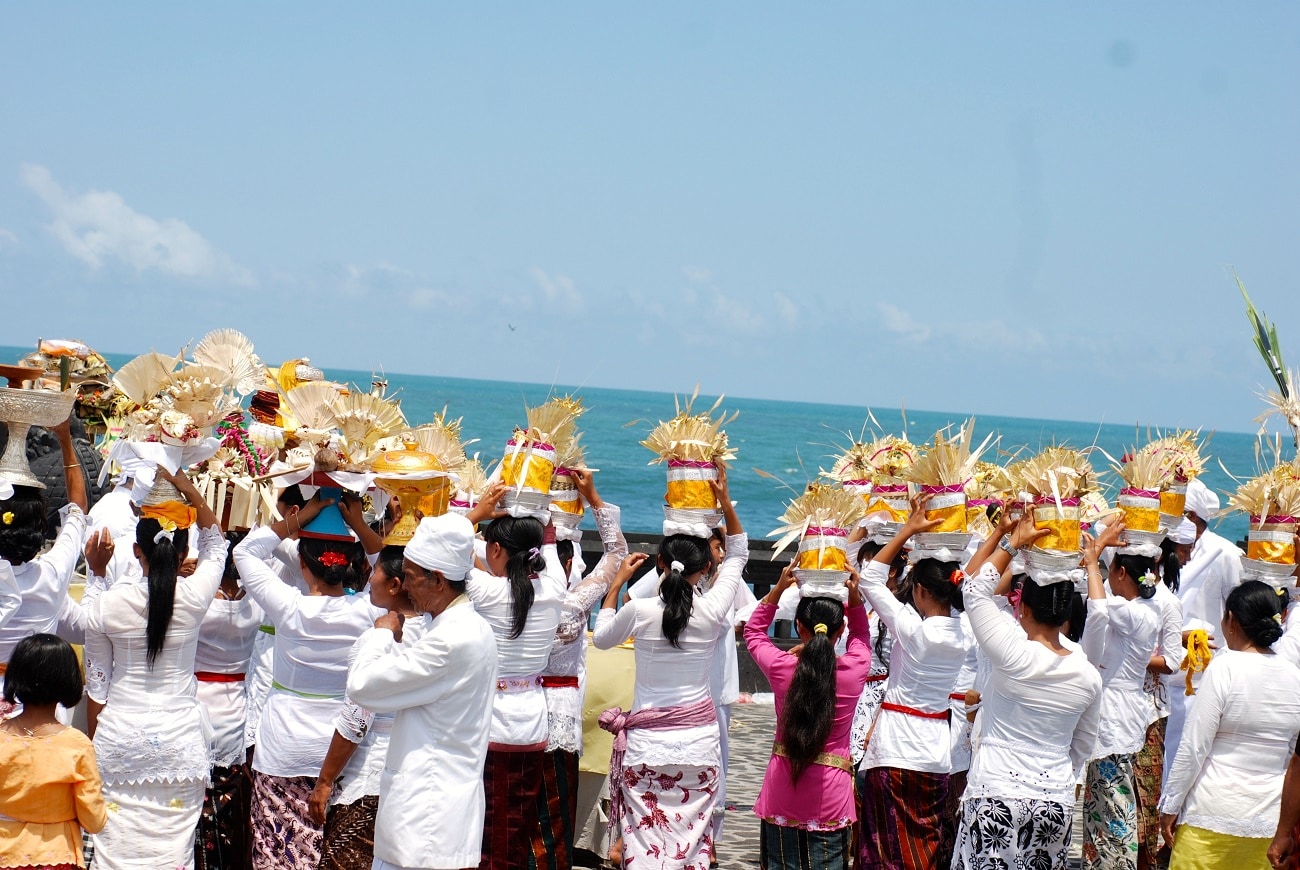 Bali’s Rice Harvest Festival in dedicated to Dewi Sri - the rice goddess. Bamboo temples are built in corners of paddy fields, flags are hoisted in villages/towns and ceremonies are held to vanquish evil spirits from the land. The most interesting part of the festival is the Negara Bull Races held in Perancak where water buffaloes are decorated and raced along the streets.
Korea Held on the 15th day of the 8th lunar month, Chuseok is Korea’s most important harvest festival. On festival eve, women gather and sing traditional songs while men engage in wrestling matches. In the morning of the day of Chuseok, family members gather at their homes to hold memorial services called charye in honour of their ancestors. Freshly harvested rice, alcohol and songpyeon (half-moon rice cakes) are prepared as an offering to the family’s ancestors. In 2010, the North Korean Red Cross offered South Korea the chance for family reunions, allowing families who had been separated since 1945 to reunite for six days around Chuseok.
Africa If hooting at hunger can be turned into a festival, the Africans know how best to do it. For eons, Africans have been celebrating the harvest. Yam often was the first crop to be harvested at the end of rainy season. Even today, yam is first offered to the gods and ancestors followed by ritual masked-dances where good ghost that protects the crop is defeated by the evil ghost that wants to destroy the crops. Homowo is a traditional harvest festival from the Ga people of Ghana, West Africa. The largest cultural festival of its kind, it is also known as ‘Hooting at Hunger’. In Swaziland, men journey to the sea in late December to gather water so that Incwala, a harvest festival, can begin. Only when the king eats the first fruit can the people partake of the harvest.
Great Britain In ancient times, bread was baked from the new crop to leave on church altars, and corn dolls were made as decorations for the feast tables. In 1843, in Britain, Reverend Robert Hawker of Cornwall, started the trend of holding a service, offering communion bread made from the first cut of corn. Even today, Lammas marks the beginning of the harvest season. The first sheaf of wheat is ceremonially reaped, threshed, milled and baked into a loaf. People feed each other hunks of bread, putting the food in the other person’s mouth with words like May you never go hungry, May you always be nourished, Eat of the bread of life or May you live forever.
Check out our in-depth Market Coverage, Business News & get real-time Stock Market Updates on CNBC-TV18. Also, Watch our channels CNBC-TV18, CNBC Awaaz and CNBC Bajar Live on-the-go!