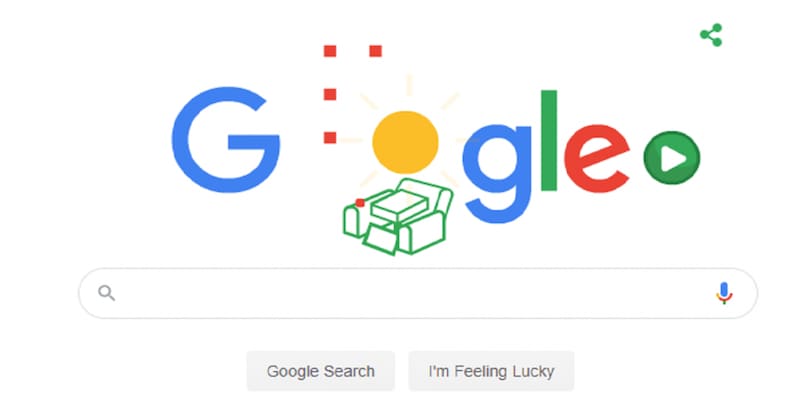 Initially titled Puck Man, the Japanese name was changed to the PAC MAN prior to global release as a way to prevent defacement of the gaming machines.

An interactive game dedicated to the game now appears on the Google home page. Users can play the game by tapping the ‘Play’ button on the Google search page. The reappearance of the popular game comes forty years after it was originally developed and released by Namco in 1980.
Initially titled Puck Man, the Japanese name was changed to the PAC MAN prior to global release as a way to prevent defacement of the gaming machines. Soon the game developed by a nine man team led by Toru Iwatani became a global success and is rates among one of the greatest games of all time if not the greatest.
To a large extend, the success of PAC MAN was due to its contend. Unlike its contemporaries that were often war-themed and appealed only a limited section of people, the game appealed both men and women. The game, in which,  the player on controls had to eat all the dots inside an enclosed maze while avoiding four coloured ghosts had colourful and cute characters.
The Pac-Man video game franchise remains one of the highest-grossing and best-selling game series of all time, generating over $40 million in revenue.
And with millions stuck at home due to lock down, the doodle may well reignite interest for the game across the globe.
Check out our in-depth Market Coverage, Business News & get real-time Stock Market Updates on CNBC-TV18. Also, Watch our channels CNBC-TV18, CNBC Awaaz and CNBC Bajar Live on-the-go!