Future Tense: Climate change and the impact of technology on the arts dominate the 13th Jaipur Literature Festival

Updated : January 25, 2020 01:03 PM IST
Climate change as a key topic at JLF comes in the backdrop of two massive environmental disasters, the Amazon forest fire in Brazil and the Australian bushfires.
Another key topic on JLF agenda this year is the strides made by Artificial Intelligence in recent years leading to a future of books authored by machines.

The loudest applause at the 13th edition of the Jaipur Literature Festival has gone to the author of a book named The Uninhabitable Earth: The Story of the Future. Simply called Client Earth, that session on the second day of JLF had begun with its moderator saying there was no topic more important than the future at the festival. Climate change and its catastrophic impact on life on the planet is finally hitting home.

"The picture generally speaking is rather bleak. The truth is we need to be doing much more quickly, and across the world," said David Wallace-Wells, the New York Magazine deputy editor who wrote the best-selling The Uninhabitable Earth, a book that has inspired the HBO to recently announce a new climate change anthology series. The book begins ominously: "It is worse, much worse than you think." 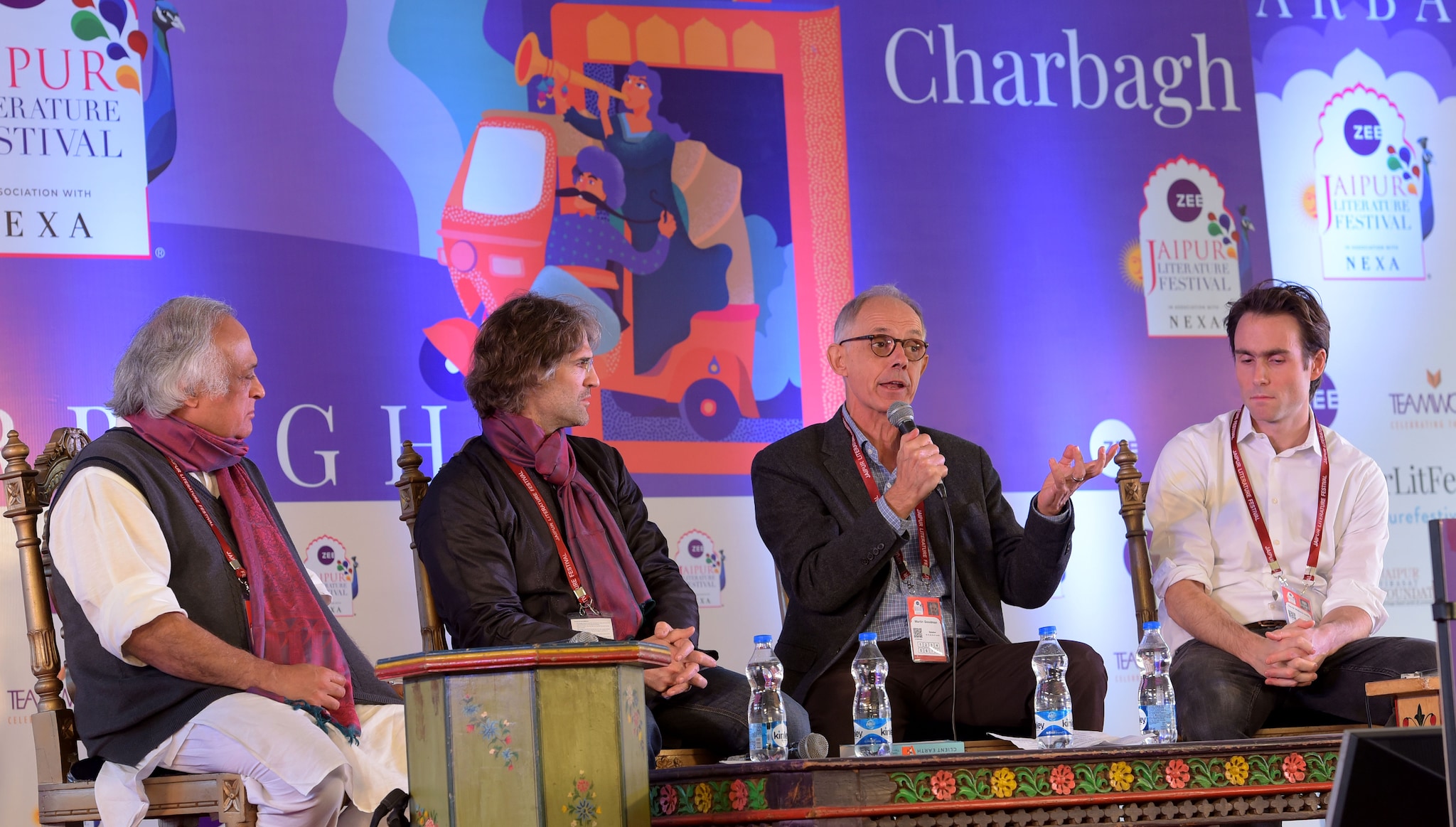 Client Earth, the JLF session also attended by former environment minister Jairam Ramesh -- chairman of parliament's standing committee on science and technology, environment and forests -- drew a huge audience to the Diggi Palace heritage venue of the festival. "We have done more damage to the environment in the 30 years after we set up the Intergovernmental Panel on Climate Change (in 1988) than in all millennia that preceded it," says Wallace-Wells. "It is the work of one single generation."

Climate change as a key topic at JLF comes in the backdrop of two massive environmental disasters --- the Amazon forest fire in Brazil and the Australian bushfires --- that have jolted the whole world into the horrors of the global emergency. The statistics are alarming: There will be one billion climate refugees by 2050 if the planet becomes warmer by two degrees celsius. 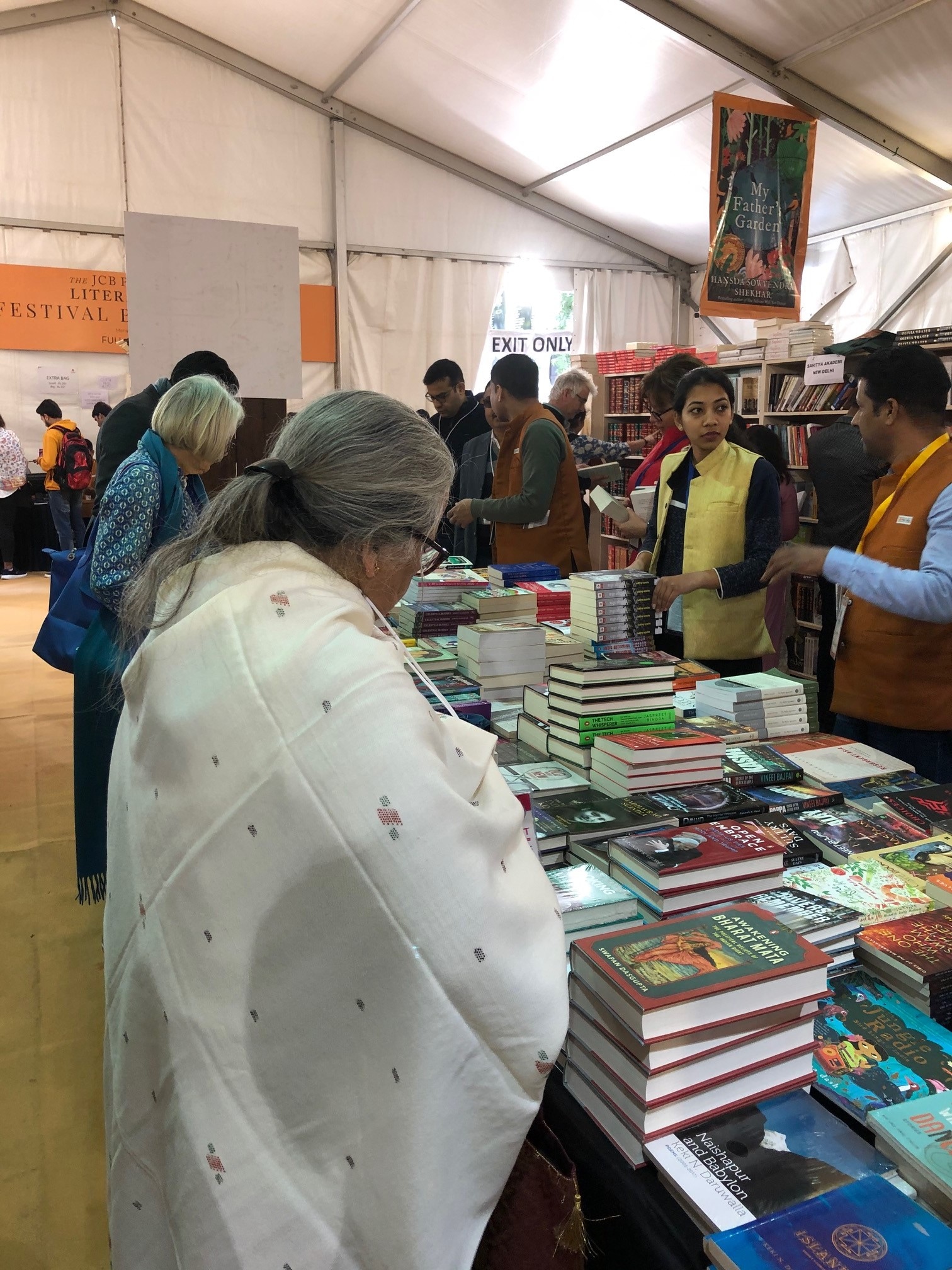 India's own disasters in the form of devastating floods in Kerala, Karnataka, Bihar, Uttar Pradesh and Assam have brought an urgency to the climate crisis. "India has a historic opportunity of making a departure from the compromises it has made detrimental to the environment," said Ramesh. "Today more people are aware in India about the crisis because of the uncertainty of monsoon, floods, Himalayan glaciers under retreat and the threats faced by the coastal communities," he added.

The Client Earth session also brought home the importance of climate liability. "You never win a legal battle on environment You have to keep winning," said British author Martin Goodman, who co-authored Client Earth, the story of climate change lawsuits against governments and polluting companies across the world, with environmental lawyer James Thornton, who was recently named one of the Top 10 most influential people on the planet. Thornton's environmental law firm -- also called ClientEarth -- founded in London in 2008 has today 160 lawyers across the world fighting the worst polluters. 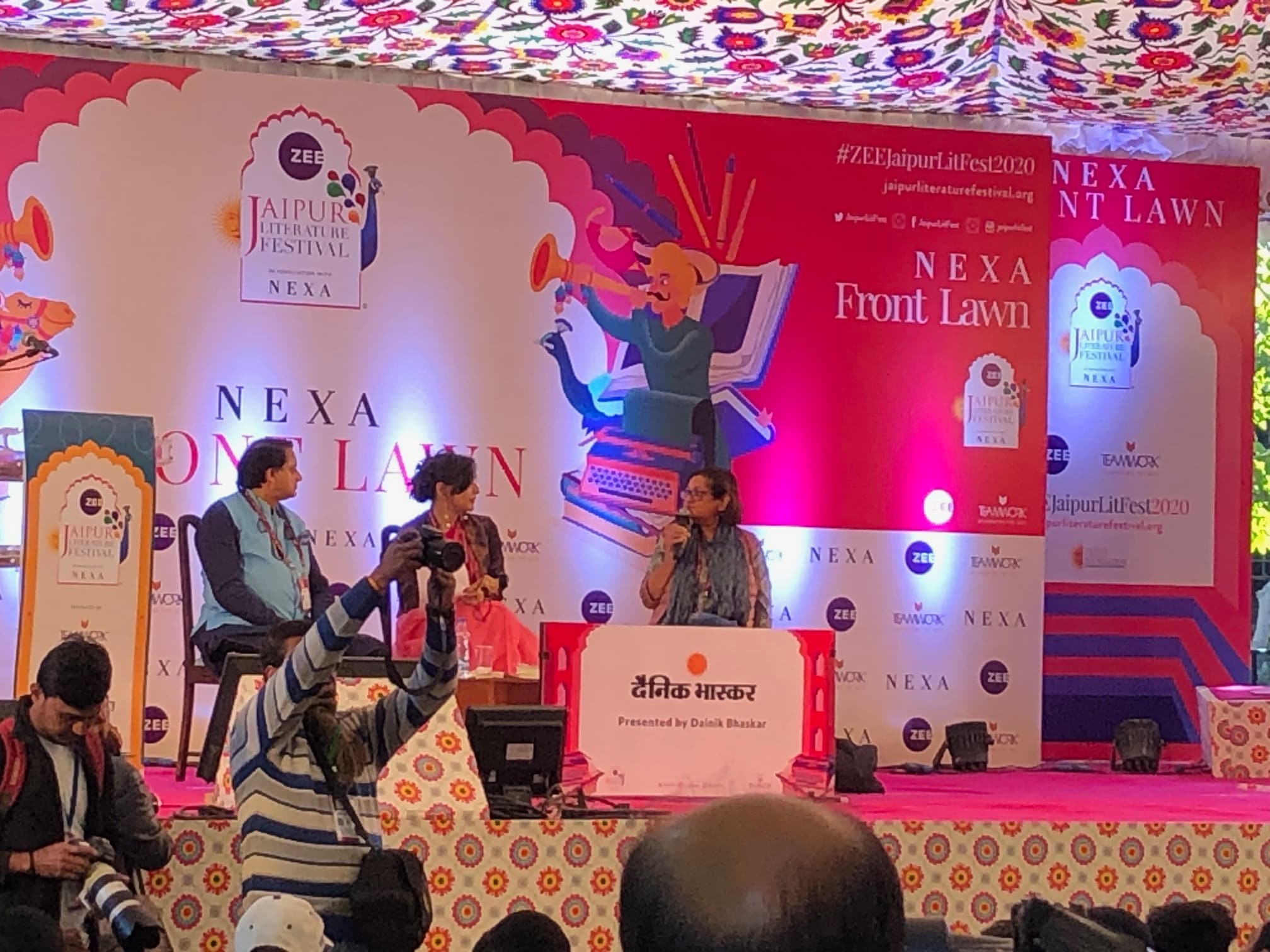 Another key topic on JLF agenda this year is the strides made by Artificial Intelligence in recent years leading to a future of books authored by machines. Oxford mathematic professor Marcus du Sautoy, who delivered the keynote address at JLF on January 23, described the current decade as "AI heatwave" after the last two decades of "AI winter". "It won't be long before a machine will be sitting here at JLF telling us about its new novel," said du Sautoy, the author of The Creativity Code, a seminal work on the influence of technology on creativity.

When du Sautoy wrote The Creativity Code, published last year, he added a 350-word section written by AI. "Even my editor couldn't recognise it," said the Oxford don, underlining the role Artificial Intelligence will be playing in fields like literature, music and painting in the future. Recent advances in technology are leading to a future where AI will have consciousness. "So my phone will tell me, 'I think therefore iPhone am'," joked du Sautoy, who believes the doomsday scenarios portrayed by Hollywood sci-fi thrillers would be proved wrong.

"AI and humans can make a pathway as collaborators, not competitors," du Sautoy said. "Being able to share our conscious worlds through stories is what makes us human. If machines become conscious then instilling empathy in the machine might save us from the Terminator stories we've concocted for a possible future with the machines," he writes in The Creativity Code. 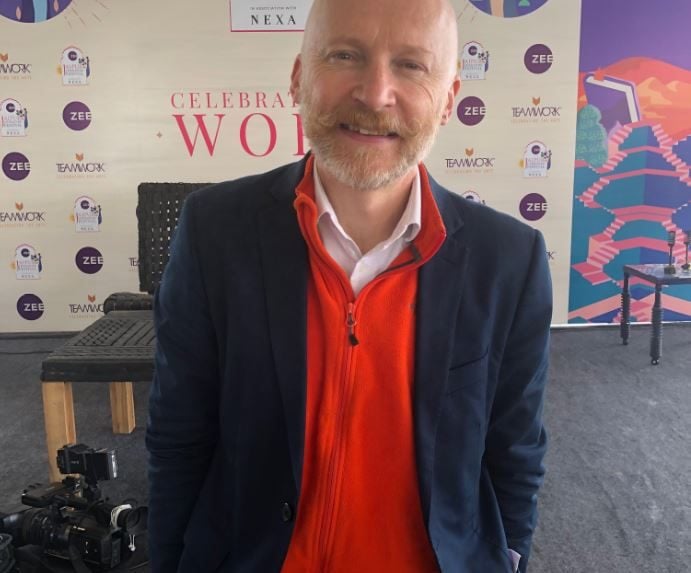 Oxford mathematician Marcus du Sautoy, who delivered the keynote address at JLF this year, believes AI will have consciousness in the future.

The world of stories has shone bright at JLF. British author Howard Jacobson, who won the Man Booker Prize in 2010 for his novel, The Finkler Question, a comic novel about three people meeting for a dinner in London, lit up the festival with his sharp wit and good-humoured banter. Jacobson's new book, Live a Little, the story of a 90-year-old woman, was the subject of a crowded session on January 24. "I think she is the most sarcastic woman in literature," he said about his lead character in Live a Little. "She is like Cleopatra, with a touch of Lady Macbeth."

Jacobson defended his nonagenarian character, saying the most intelligent people in the world today are the elderly. "If your body is decaying, your mind works better," he offered. "The body is overrated." Jacobson also tried to puncture the myth about readers identifying themselves in books. "If you discover yourself while reading, it is a failed book," he explained. "You know who you are. Read about what you are not."

Among the speakers at the five-day festival, which concludes on January 27 include Bengali writer Manoranjan Byapari, Tamil author Perumal Murugan, Malayalam author K R Meera, British poet and novelist Lemn Sissay, who was the official poet of 2012 London Olympics, British author Hallie Rubenhold, who wrote The Five: The Untold Lives of the Women Killed by Jack the Ripper, American writer Roger Highfield, Welsh author of The Science of Harry Potter: How Magic Really Works, and American writer Stephen Greenblatt, the author of Tyrant: Shakespeare on Politics.