It’s the weekend and there’s just a day to go before the Oscars begin, which means you’ve probably watched the big fish by now — Black Panther, Roma, A Star Is Born and Bohemian Rhapsody. While there’s no doubt that these films start off as Oscar favourites, make no mistake: there are dark horses too.

So, what’s the Oscar fare that you’ve been missing out on? Don’t answer that. We have you covered. Here’s a list of dark-horse Oscar contenders you want to catch up with before the early hours of February 25 are upon us. 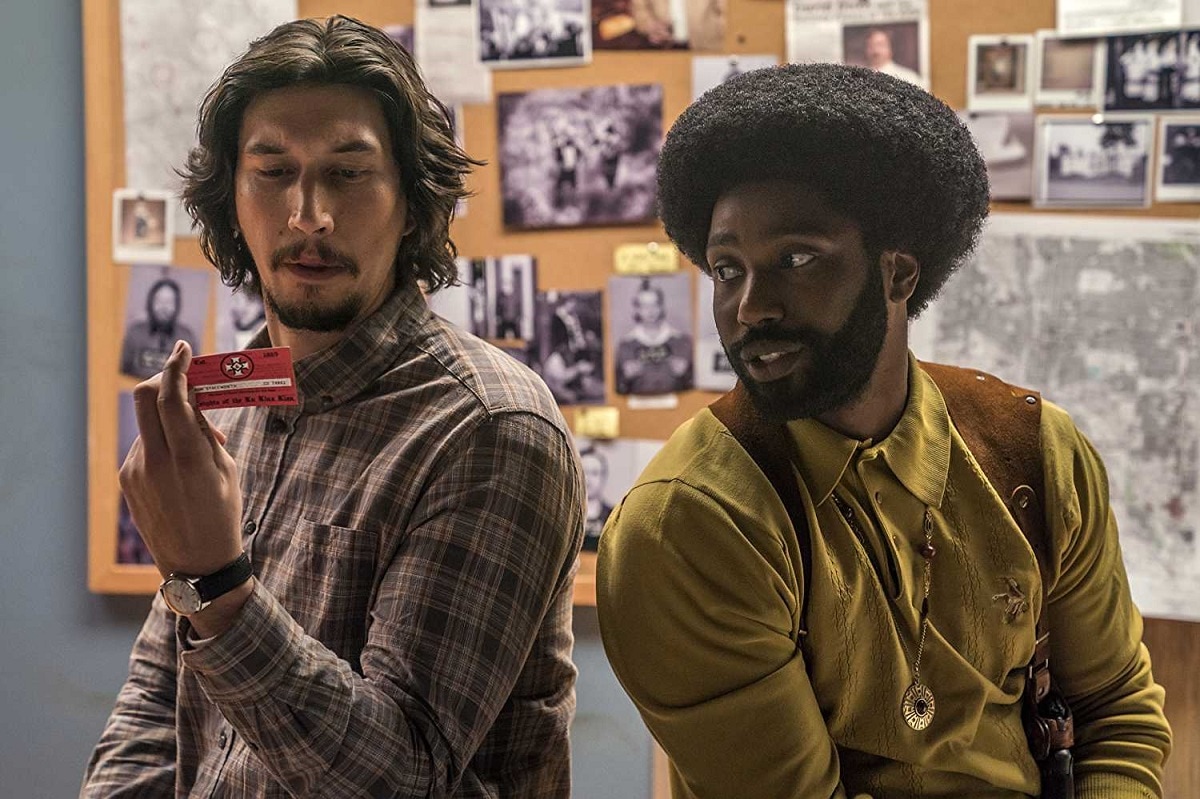 If you haven’t watched director Spike Lee’s dark comedy, it’s probably because it didn’t release in India (and hasn’t, as yet). Bold, controversial and funny, Blackkklansman is the real-life story of African-American police officer Ron Stallworth (played by John David Washington) who infiltrated the white supremacist organization, Klu Klux Klan (KKK), posing as a white American man over the phone.

While Stallworth succeeds at convincing the KKK of his hatred and bigotry for members of the African-American community, his Jewish colleague Flip Zimmerman (Adam Driver is funny and amazing) must pretend to him while meeting the hate group, in person. While the film tickles at your funny bone, it also makes you think. Blackkklansman takes on a number of real-life, present-day issues in the US — Donald Trump’s ‘Make America Great Again’ pitch, the controversial Charlottesville riots, and the recent outbreak of racism, in the United States. It’s the kind of film that hits home hard, with comedy to boot.

If you’re a fan of Wes Anderson’s work and love dogs, and if The Grand Budapest Hotel and The Fantastic Mr Fox captured your heart and imagination, Isle of Dogs is your kind of movie. Anderson’s latest stop-motion animation offering is delightful, artistic, funny, emotional, and tugs at your heartstrings.

Set in a dystopian Japan, a fake-news-driven campaign has led the people to believe that dogs have a communicable disease and must be quarantined off at any cost. The quarantine spot is the titular Isle of Dogs, which serves as the dumping ground for the country’s canine population. Battling all odds, one boy makes a solo trip in a self-built plane, to find his quarantined dog. The film features the voices of Bill Murray, Scarlett Johansson, Edward Norton, Liev Schreiber, Bryan Cranston, Jeff Goldblum and Greta Gerwig, among others. Watch out for Alexadre Despalt’s tear-jerking song, ‘I Won’t Hurt You’, which is part of the film’s soundtrack (nominated for Best Original Music). A personal favourite among the films of 2018, Green Book is the real-life story of borderline racist Tony Lip (played by Viggo Mortensen) who ends up as a driver for African-American pianist Dr Don Shirley (Mahershala Ali keeps outdoing himself over, and over again). What’s worse — the duo drives to the hateful, racially segregated deep-south of the United States for one of Shirley’s musical tours. Aside from dealing with heavy topics like racism and segregation in America of the 1960s, Green Book is also a laugh riot. Mortensen, in particular, essays the role of simple-minded Italian-American bouncer to comically delightful proportions. When the director of La La Land some of his cast and crew, decide to make another movie, your expectations go up a notch. And yet, First Man is nothing like its predecessor from the Damien Chazelle factory of great films. Before its release, the film was touted to be the story behind the Apollo 11 Mission, which made Neil Armstrong the first man on the moon. But contrary to that perception, First Man is all about Armstrong (played by Ryan Gosling, in the film)’s personal battles in the run-up to this historic yet dangerous mission.

The stand-out feature of Chazelle’s work is the slowness of the film. As if engineered on purpose, the pregnant silences linger just a little longer than they should. The less-than-usual lighting portrays a darker side to Neil Armstrong, also aided by the brooding Ryan Gosling. First Man is a good movie, but it requires patience, understanding and the ability to grasp the lesser-known depth of emotion that Neil Armstrong felt before the Moon mission. From a technical standpoint, First Man is a strong Oscar contender.
Tags Academy of Motion Picture Arts and Science BlacKkKlansman First Man Isle Of Dogs Oscars the green book