Updated : February 27, 2020 09:29 PM IST
The former film actor is now putting her creative skills to good use with her brand of ethical fashion, Cuckoo Designs.
She continued her passion for acting and worked with the Tara Arts Group, a leading theatre group, performing all over the UK, and internationally across Italy and Japan.

Born, raised and – in her words – entirely 'Made in Kerala', Cuckoo Parameswaran credits her long list of successes, achievements and accolades to grace and luck.

The former film actor is now putting her creative skills to good use with her brand of ethical fashion, Cuckoo Designs, which is also an endeavour to promote locally grown cloth and handmade textiles.

Originally trained as a Kathakali and Mohiniyattam classical dancer, she chanced upon the Malayalam film industry when a famous director contacted her guru, offering her a role in a film.

"My parents were always my biggest asset and strength. They motivated me and pushed me to do better. After the success of the first film, when offers began to pour in, however, my father told me to go and learn the art before accepting them," she says. Rather than being "run of the mill", he told her to learn acting. Hence, she enrolled at the School of Drama in Calicut. Here, she truly "found direction". While she majored in directing, she got multiple opportunities to act, being one of the few women at the institution at the time. She maintains that this experience honed her skills and led to her later success.

After many years in the film industry, she married her senior Murali Menon and subsequently moved to the UK. She continued her passion for acting and worked with the Tara Arts Group, a leading theatre group, performing all over the UK, and internationally across Italy and Japan.

After 14 years, she finally came back to Kerala, which she describes as "the most beautiful place in the world". Her venture into fashion was also as accidental as her acting. It began when a close friend asked her to design costumes for a film, and then from there, her love for it only grew.

She laughs as she recounts a Malayalam saying about lucky breaks, "A jackfruit won't fall off every tree." Everything cannot be achieved by luck, she says, hence this time around she chose to educate herself with the proper knowledge of textiles.

And so she headed to the National Institution of Fashion Technology (NIFT), to study textile design. That’s where she understood that “textiles are the nerve of India". She travelled all around the country to explore diverse styles, but eventually returned to Kerala as she felt that south Indian textiles are often forgotten or overlooked on the national stage, and she wanted to change that. It was with this ideology that she began her fashion label, creating handloom designs and clothing produced exclusively in Kerala.

"Every time you wear a Cuckoo Design, remind yourself that you’re wearing a revolution, an allegiance to fashion with a conscience, a veritable piece of (he) art," says Cuckoo, who lays emphasis on the "attitude or confidence" that one must wear.

"I don’t see myself as a fashion designer, but a storyteller. I am creating a lifestyle awareness of the essential need for co-existence in this world."

The ideology behind her e-commerce venture is a game-changer in this world of fast fashion and capitalist mechanical manufacturing processes. She believes that it is a revolution, for her as a person and for her artisans and weavers, who share her dream of bringing the dying industry back to life.

"Do we really need handlooms? Do we need culture? Or our roots? Or our parents? Handlooms are India, and we can’t just forget them and let them go," she avers.

Recounting an advertisement she once saw about packaged rice produced without the touch of even a single human hand, she shakes her head at the artificiality of it all. A big believer in human connections, Cuckoo says handlooms are a way of communicating, "It is the touch, the hand-to-hand work that makes it human and creates a bond, a connection between us."

Reflecting back onto her diverse and ever-changing path in life she says, "Money and success come and go. But contentment is the most important trait for a human being because that can’t ever be taken away by anyone.” She recounts the joy of motherhood and being extremely proud of how she has brought up her son. 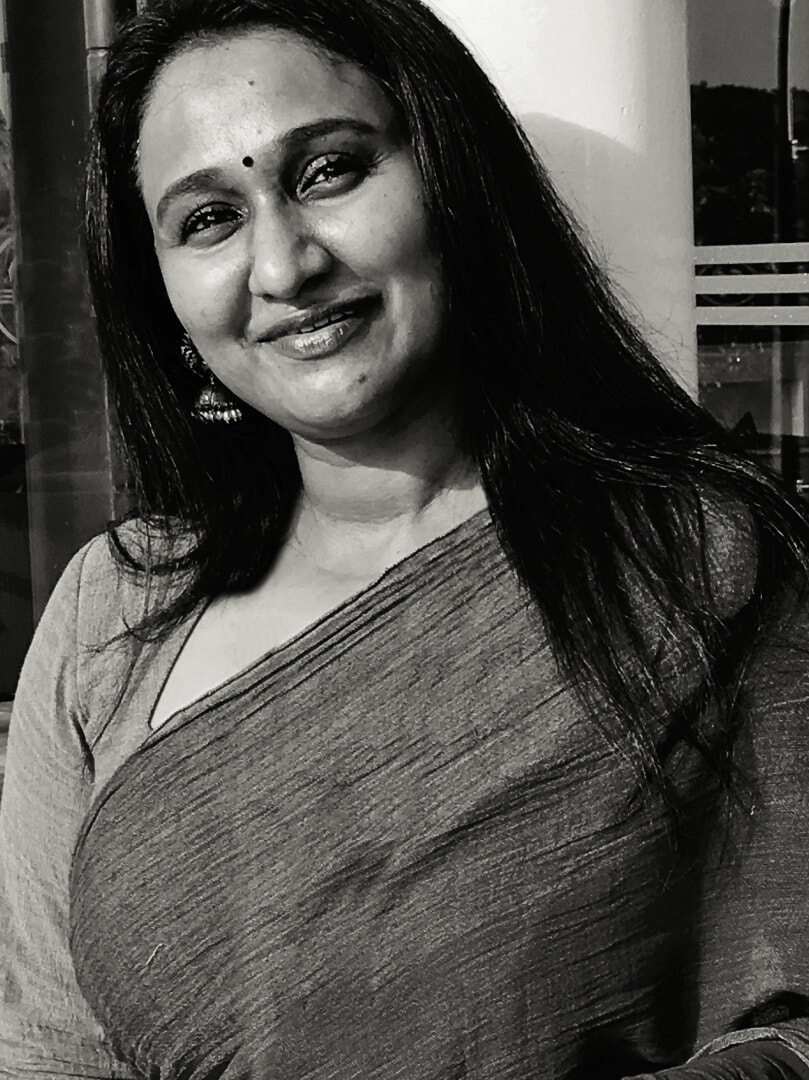 "Now, as a 20-year-old young man, the joy I feel when he comes and rests his head in my lap is unparalleled. One call from him makes my day."

She revels in their changing relationship and banter but also emphasises a sense of necessary detachment. "The only thing I teach him is to stay happy and live extremely well," says Cuckoo, who certainly practises what she preaches.