Film and Football: How the beautiful game connects us to the contemporary world through cinema

Updated : January 19, 2019 09:45 PM IST
A package of films based on football at the Artists' Cinema programme of the fourth Kochi-Muziris Biennale in Fort Kochi, Kerala, makes sense of contemporary society.
Titled Freedom Field, the films on football shown at the Fort Kochi venue of the influential biennale during January 14-18 included the Brazilian con artist story Kaiser! The Greatest Footballer Never to Play Football.

Muhammed Sidhan is only eleven years old, but it was his sixth time watching Sudani From Nigeria. "He likes films and football," say Sidhan's parents Sadik and Sajana Kakkad, who named their younger son after the French football great Zinedine Zidane.

Not surprisingly, the young boy was a regular member of the audience at the Kochi-Muziris Biennale, where its popular Artists' Cinema programme screened a package of films based on football this week. The Kakkad couple, who live in Kochi, made it sure that Sidhan watched as many movies as he could. Titled Freedom Field, the films on football shown at the Fort Kochi venue of the influential biennale during January 14-18 included the Brazilian con artist story Kaiser! The Greatest Footballer Never to Play Football, and the British transgender drama Just Charlie beside the crowd favourite Sudani From Nigeria, shot in Malappuram, Kerala's football capital.

There was also the rivetting racism flick Forever Pure from Israel and the Jordanian underdog drama 17. Selected to reflect this year's Biennale curator Anita Dube's theme of Possibilities for a Non-alienated Life, the Freedom Field package links the sport with the society to understand the tensions and travails gripping the world today.

"Cinema as an art form remains a vital medium to talk about contemporary society, because the stories that we create as humans, largely remains the same," says British filmmaker Louis Myles, who directed Kaiser! The Greatest Footballer Never to Play Football.

Adapted from former Guardian football correspondent Rob Smyth's book on the same name, Kaiser! tells the true story of Carlos Henrique Raposo, a Brazilian who conned his way into the biggest football clubs such as Flamengo and Botafogo in Brazil and even abroad by making everyone believe that he was a great player.

Everybody believed him and gave him the adorable nickname, Kaiser, after the German football giant Franz Beckenbauer.

"The film relates to contemporary society because Kaiser's methods were based on making people believe him. His trick was to tell fabulous stories, while providing people with what they wanted, and telling them what they wanted to hear. He provided what you wanted, and exploited that need," explains Myles. "Over time the line between truth and reality became so blurred that it was difficult to tell the difference and people would believe what they wanted, irregardless of it being preposterous," adds Myles, reflecting on today's world of fake news and post-truth. "This is entirely comparable to politics in the current decade, with the rise of populism which has been predicated on selling in lies as truth - creating a new reality."

Racism in sport is the theme of Forever Pure, an Emmy Award-winning Israeli documentary by Maya Zinshtein. Premiered at the Jerusalem film festival in 2016, the film talks about the outrage caused by the signing of two Muslim players by the Beitar football club in Jerusalem. Israeli film Forever Pure directed by Maya Zinshtein tells the story of the outrage caused by the signings of two Muslim players from Chechnya by a Jerusalem club.

As the fans led by the racist La Familia group desert the club's matches, its fortunes tumble sending the big club to the bottom of the table. The club's owner soon sells it for free, its anti-racism captain leaves for another club and a player sacked for supporting La Familia becomes the skipper.

In Just Charlie, debutante director Rebekah Fortune aims the camera on a happy English family celebrating its youngest member's elevation to premier league status. Everything goes wrong when Charlie, the teenager footballer realises his true gender identity.  An absorbing transgender drama, Just Charlie raises questions on expectations of parents and friends and the need to understand and believe in people. "This was a film that was made with no money but a huge amount of passion," says Fortune, who has seen her film travel to festivals around the world, spurring discussions on the subject.

"I am overjoyed at the positive response the film has received and feels that if in some way Just Charlie starts conversations about acceptance and understanding we will have achieved our goal," she adds. "The most important aspect of this film is to try and highlight that if we just accepted people for who they are and didn't make judgments all the time, the world would be a much kinder, happier place." Rebekah Fortune, who directed Just Charlie, said the film has made with "no money and huge passion".

Malayalam filmmaker Zakariya Mohammed chooses his native Malappuram's romance with football for Sudani From Nigeria to paint a provincial life swashed by the arrival of migrant players from Africa. When Samuel, a player from Nigeria, is injured, his club manager Majeed brings him home to save the money that he doesn't have. The player's troubles back home mirror Majeed's own struggles to keep a club alive only through passion. In the middle of the migrant story emerges the power of women more determined than that of the players on the pitch. 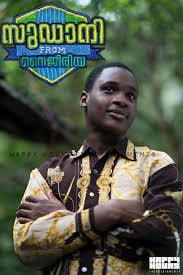 Local favourite Sudani From Nigeria by Zakariya Mohammed deals with the migrant crisis in the backdrop of life in Malappuram, Kerala's football capital.

The journey of women footballers in a society dominated by men is the focus of 17, a Jordanian film directed by Widad Shafakoj. 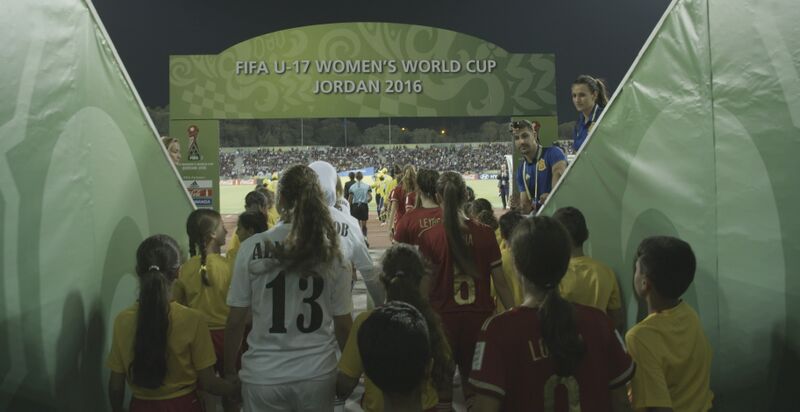 17, a Jordanian film focussing on the journey of the country's team in the FIFA Women's Under-17 World Cup is about underdogs and gender justice.

"The film focuses on the girls' journey in a society that perceives football as a male sport and the support they lack socially and culturally," says Shafakoj, whose short documentary, ID:000, on orphans in Jordan led to framing of a law to help improve their social status.