Updated : May 25, 2019 04:25 PM IST
Among the five Asian teams contesting the World Cup, India is the heaviest of favourites to progress to the semifinals at least.
Kohli scored at an average of 133.55 in 14 ODIs in the 2018 calendar year, a feat which separates him from the other leading batsmen in the world.
The pinpoint accuracy of top-ranked paceman Jasprit Bumrah and the swing of Bhuvneshwar Kumar accompanied by variety from three spinners gives India the ability to challenge any sort of batting opposition. The ultra-competitive India captain is up for the contest every time he takes strike, and for every ball that is bowled while he's in the field.

"I take a lot of pride in performing for the team, making impact performances for the team in every game," Kohli says. India's Shikhar Dhawan bats in the nets during a training session at The Oval in London. (AP Photo/Aijaz Rahi)

Not surprisingly, it is a loss rather than a win that has given Kohli the most motivation ahead of the Cricket World Cup.

India had a 2-0 lead in a five-match ODI series at home against an Australia lineup missing its two biggest stars but lost three straight games to the defending World Cup champion in March.

"We learned a lot from that. We thought we would win at least one from the final three but we let it slip and Australia showed us what can happen if you really believe," Kohli says. 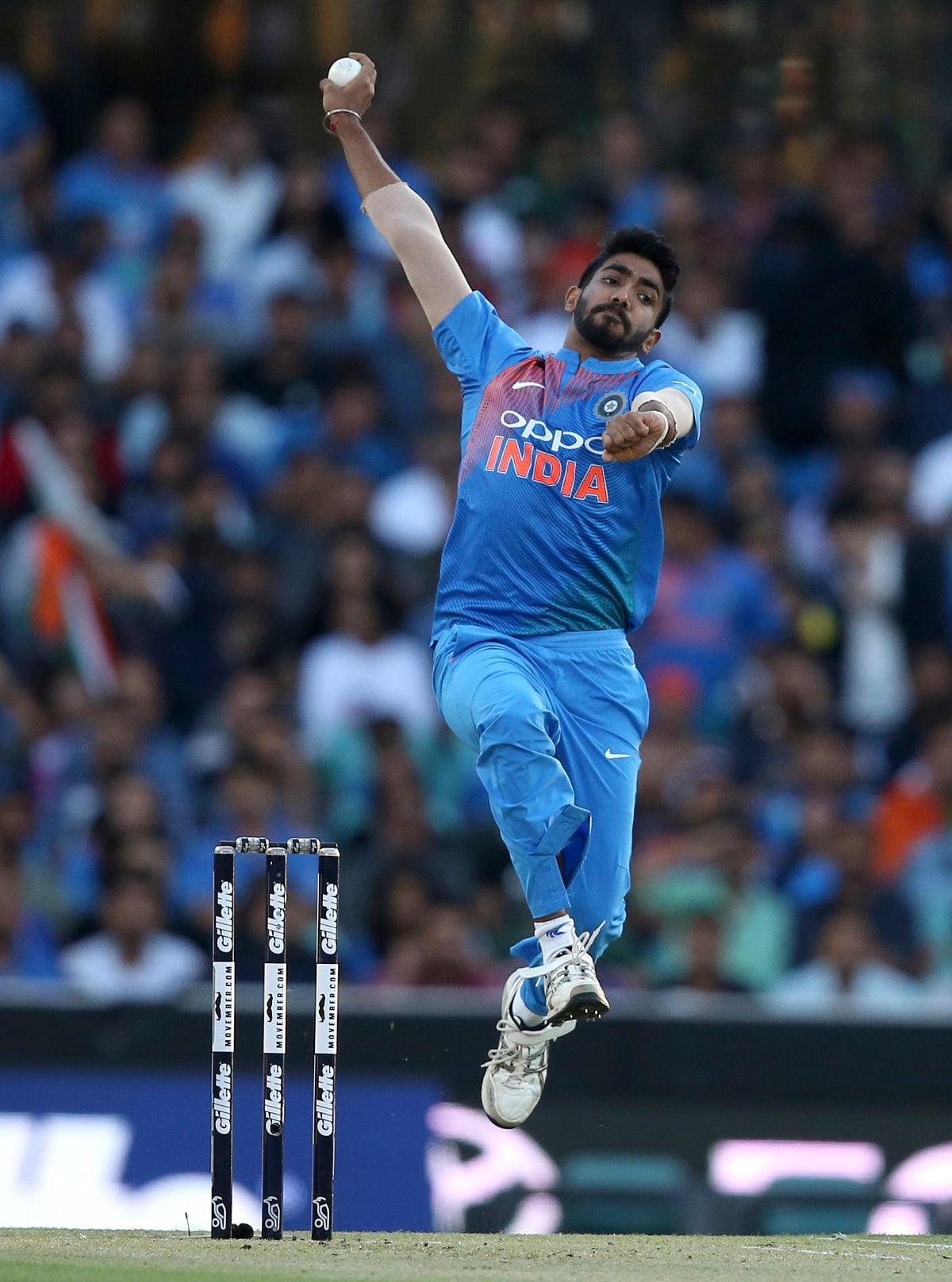 "They showed more passion and character than we did, and we know we need to bring that here.

There's no doubt he'll be leading by example as captain at a World Cup for the first time.

Kohli scored at an average of 133.55 in 14 ODIs in the 2018 calendar year, a feat which separates him from the other leading batsmen in the world. In 227 ODIs, he has 41 centuries and averages a touch under 60.

"For me, it is a great honour to captain India at the World Cup," Kohli says. "There will be nerves but we believe in ourselves and we know we have a good squad. Now it's time to deliver." Mahendra Singh Dhoni bats in the nets during a training session at The Oval in London. (AP Photo/Aijaz Rahi)

In Rohit Sharma and Shikhar Dhawan, India has an aggressive opening partnership to rival any team. Kohli coming in at No. 3 lends the team more solidity.

The ever puzzling Number 4 spot is perhaps the only weakness in what looks to be a formidable batting lineup, but India has options there including KL Rahul and Vijay Shankar, who won favour from the selectors ahead of Ambati Rayudu.

India's vaunted top order is well complemented by the experience of cool-headed former skipper Mahendra Singh Dhoni in the middle to guide the team to formidable totals in what are widely expected to be high-scoring games in England.

The pinpoint accuracy of top-ranked paceman Jasprit Bumrah and the swing of Bhuvneshwar Kumar accompanied by variety from three spinners gives India the ability to challenge any sort of batting opposition. Kohli's crew also has the fielding skills to match the best in the 10-team event.

"Bowling is going to play a very big role in this World Cup and the team that bowls best, probably, will be closer to winning it," ex-India batsman Rahul Dravid says.

There was some conjecture over selections, with the likes of Rayudu and young wicketkeeper-batsman Rishabh Pant missing out, but the 15-man India squad seems to have all the bases covered.

India's rare loss in its most recent ODI series to Australia may be mitigated by the fact selectors were assessing World Cup hopefuls.

Among the five Asian teams contesting the World Cup, India is the heaviest of favourites to progress to the semifinals at least. Kohli and Dhoni were key players in India's World Cup triumph on home soil in 2011 and also involved when the title defence ended in a semifinal loss to Australia four years later.

Since then, though, Kohli's team has beaten Australia, New Zealand, and South Africa away from home in ODI series and also won the Asia Cup last year.

"The hallmark of any successful team, or a great team, is the relationship between the captain, coach and the support system working around it," India coach Ravi Shastri says. "It becomes extremely important, because when two individuals are on the same page — and luckily, Virat and me are pretty similar in the way we think — that's the time when you got to take your chances. That's precisely what we've tried to do over the last three-four years and the performances speak across all formats.

"It holds us in good stead for the World Cup, too."

India has had never lost a World Cup match to archrival Pakistan in six meetings ahead of their game on June 16 at Manchester, which could attract a TV audience exceeding a billion.