Updated : November 19, 2019 05:23 PM IST
Sotheby's has reported that the number of Middle Eastern buyers in its auctions has risen by 76 percent in the last five years.
The flavour and feel of the art here are decidedly Middle Eastern, African and South Asian, which in turn has resulted in works that stay true to their roots.

You walk into the Green Art Gallery in Dubai’s Al Serkal Avenue, and you are greeted by the sight of what seems to be sculptures of frozen clothes hangers and broken teacups under focus lights. These slightly bizarre and surrealist sculptures are part of an art exhibition in Dubai titled 'Avoid Bad Dreams'. The handiwork of young UAE-based artist, Afra Al Dhaheri, they follow the theme of lucid dreaming and attempt to capture what Dhaheri's fellow artist Saira Ansari refers to as the “fractured ownership” one has over these dreams.

Aesthetics aside, these works are just a small part of what is fast becoming a symbol of Dubai's fledgling art scene. The UAE's developing taste for art, for instance, can be summarised in just one statistic: New-York-based auction house, Sotheby's has reported that the number of Middle Eastern buyers in its auctions has risen by 76 percent in the last five years. If you take the UAE alone, that number spikes to 157 percent. Although Dubai for one, has seen a spike in the number of art collectors from two decades ago, the market for art from within the UAE still has a long way to go. “I think the scale is quite limited when compared to the international market. We can't speak of a huge market in Dubai, just for art. But what we can say, for sure, is that Dubai has succeeded in making itself a major hub for art in the region, also managing to connect Asia and Africa,” says Yasmin Atassi, director, Green Art Gallery, “I think that's where things have really developed and improved in allowing us better access to collectors in India, Africa, Europe and the United States.”

That potential is the reason for the sheer number of art galleries emerging in spaces like the Al Serkal Avenue, which once housed industrial warehouses. The flavour and feel of the art here are decidedly Middle Eastern, African and South Asian, which in turn has resulted in works that stay true to their roots. 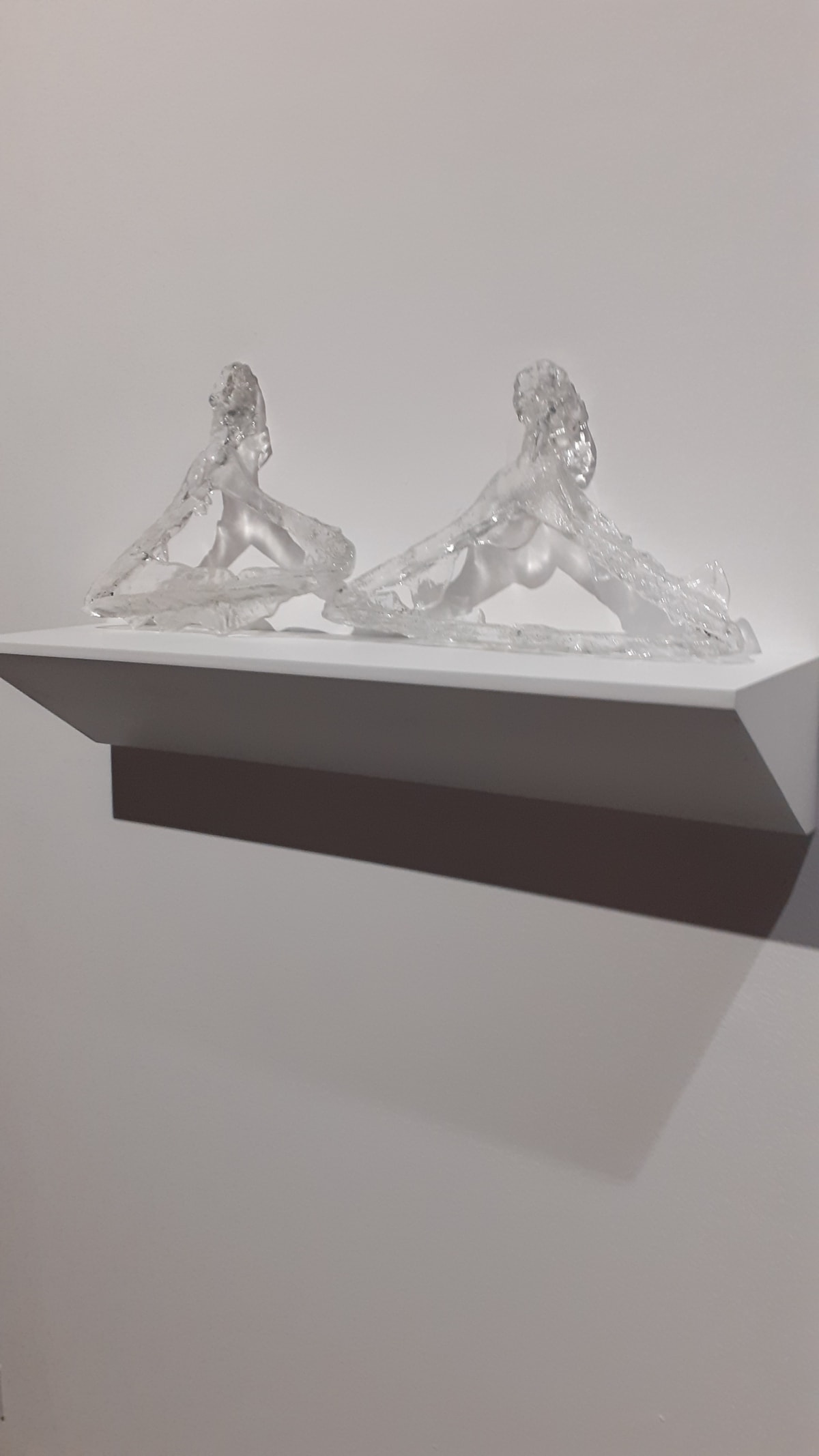 "A lot of regional art sells very well, as does Middle Eastern art and Iranian art as well,” says Malini Gulrajani, founder, 1X1 Art Gallery, “We specialise mainly in South East Asian art, and primarily Indian (art). So for us, it has been a niche market. I have had the gallery for 23 years and it's been operating in this niche for all these 23 years.”

Dubai's cosmopolitanism notwithstanding, this specific interest in regional art, experts say, owes its existence to a recent spike in not just tourism but enhanced tourist spending. Last year, 15.9 million tourists visited the emirate, and while retail, food and sightseeing featured at the top of their itineraries, art was not a long way down. “Based on all the surveys that we do and the feedback that we get from shoppers, they (visitors to Dubai) always look for unique items and exclusive products that are part of the city, and from the talents of the city,” says Suhaila Saqer Ghubash, director (Events), Dubai Tourism, as she tries to make sense of this specific taste among collectors for Dubai’s art.

It also helps that tourists who have displayed a penchant for art have had pockets deep enough to indulge these interests. It certainly helps that buying art is no longer for the sake of art alone. A significant trend that Dubai's art circuit has begun witnessing is that of a shift in art-buying patterns. For a while, the art here was bought purely for consumption —because a buyer identified with work or just liked how it looked. The recent past, though, has seen buying take on a more investment-centric approach. Several works have gone under the hammer not only for their aesthetic value but also because of the promise of a future price tag.

"We work with a lot of emerging artists, and price their works between $5,000 and $20,000,” says Malini, “There are of course the masters and modernists whose works are priced anywhere from hundreds of thousands (of dollars) upwards.” Yasmin agrees. “When we talk about modern masters of the Middle East or South Asia, you can go up easily to a million (US Dollars), and re-sell it for twice or three times that price some times, on auction,” she says.

It's no wonder then that art in Dubai has become a bit of an asset class — one that investors are willing to experiment with, even betting on dark horses and wild cards. This sets Dubai's art collectors apart from their contemporaries in the international art markets.

"People are more experimental here; they are willing to buy works that are not necessarily a painting on the wall,” says Malini, “They look at installations, unusual kind of sculptures, at ephemeral works that don't necessarily last hundreds of years. The market here is pretty risk-taking that way.”

These trends have pushed artists to seek out the unconventional and experimental — prompting many to push the envelope of creativity and edginess. In a market where collectors aren't interested in price tags of $200,000 every other day, scouring galleries, following young artists, and getting critical feedback on creations has become the Dubai way of the art collection.
Tags art collectors Art Gallery Dubai Dubai Expo 2020 sotheby UAE