Death by Screenshot: the #MeToo fatalities are mounting

Updated : October 16, 2018 01:04 PM IST
'Vinta Nanda could probably have more to gain by accusing Aamir Khan but she is pointing fingers at an Alok Nath.’
Never has the Indian Man been more unsettled; in trains, planes, cabs and buses he is trying to remember every message he ever sent. 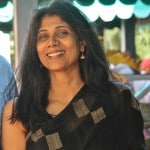 Now that famous actors, corporate bosses, writers and senior scribes are falling by the wayside, it's time to shift #MeToo from the me-me-me.

There are names everyone knows in their respective fields. Whispers about lecherous men gain legend status by and by. It is never disbelieved. It is the story, the way it is told, the details that traumatise the listener as much as the speaker.

The one who goes through it is an authentic source of veracity. No one makes it up. We may flee, we may seal our lips, but we never lie. But crouching among the genuine are the mildly vain and the exaggerators, those who brag about attention from higher-ups, those with own agendas. If men transgress routinely, there is a woman or two out there waiting to tweak it to her advantage. You know, the girl who cried wolf.

No, the #MeToo movement is not about that, but what about those who board the bus because it is a free ride? Beware of the femme fatale whose Twitter account suddenly vanishes, after naming someone sans substantiation. Fly-by-night operators who seem to wait for other women to walk into their web, and when a male name does not garner enough hits, self-destruct on the spot; the account is deactivated even as we click.

If men went nuts over women in the workforce, treating offices as harems, women themselves are in danger of ‘outing’ in revenge mode. Some cases – just some – are more complicated than we can know.

When Melania Trump finally addressed her husband’s infidelities, she said accusers need to show evidence. ‘I support the women and they need to be heard,’ she told ABC. ‘We need to support them. And also men, not just women.’ Of course, she will say that when hubby is in the dock – but Men Who Didn’t can take heart from this.

Author Manu Joseph wrote in his column a year ago: ‘And what if, in the middle of all this, some innocent men are falsely framed? “It’s all right,” is a response I have heard from women several times over the past few weeks. I heard this at the Bangalore Literature Festival too from a group of women, all of whom were writers. One of them told me, “So much shit has happened to women, some collateral damage is OK”.’

Mob mentalities are always a hazard during ideological change. Families at dinner tables everywhere are wondering what their paterfamilias were texting. Never has the Indian Man been more unsettled; in trains, planes, cabs and buses he is trying to remember every message he ever sent.

Writer Nandita Bose echoes all genuine cases when she says: ‘This is not about a few misguided women with a grudge. This is about dismantling an ecosystem which permits workplace abuse. Vinta Nanda could probably have more to gain by accusing Aamir Khan but she is pointing fingers at an Alok Nath.’

Yes, the self-charmed roués with their serial pawing are rightly being named, no doubt there, but the one-off small-town idiot out of his depth in gender-equality stakes perhaps needs a different approach.  Writer Madhavi S Mahadevan warns, '#MeToo presently covers a too-wide spectrum – from indiscretion to rape.'

Death by Screenshot is the new sentencing. But when we are turning gray fuzzy corners, let’s march on tiptoe, okay? The hands that roamed across a million bottoms and snapped a bra strap now and then are folded in fear. That’s a start.

Network18 Group has a zero tolerance policy when it comes to sexual harassment. The company complies fully with all legal provisions and seeks to ensure a speedy and effective Redressal on complaints.
Tags Metoo unwind Vinta Nanda