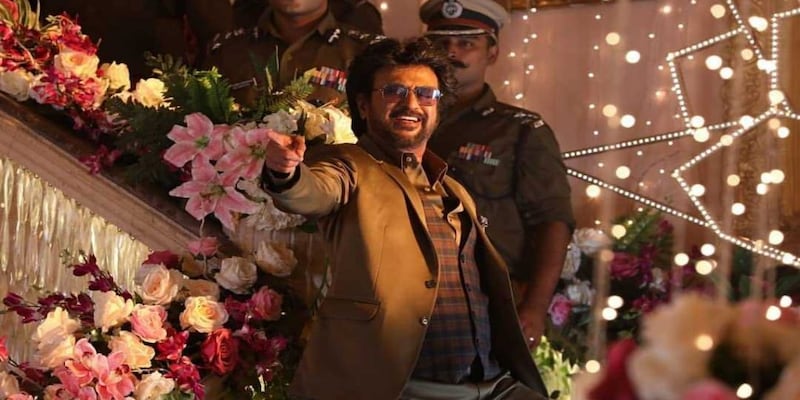 'Darbar' is all about a good guy playing bad cop. Rajinikanth, essaying the role of Mumbai police commissioner Aaditya Arunasalam, has little or no regard for the law of the land.

In 2010, Rajinikanth starred in a blockbuster film titled Enthiran, playing two roles — a cyborg called Chitti and his creator, Vaseegaran. In the six years since, the superstar acted in all of two movies. Little wonder then that both releases — Lingaa (2014) and Kabali (2016) — saw hype that was out of this world. From salons offering Rajinikanth makeovers, to superstar-themed menus at star-hotels, Brand Rajini was on full display. There was just one problem: The following three years saw filmmakers and the superstar himself leverage that brand value and deliver three feature films — Kaala (2018), 2.0 (2018) and Pettai (2019) — that were met with lukewarm hype and hardly any fizz. Darbar is no different.

In a nutshell, Darbar is all about a good guy playing bad cop. Rajinikanth, essaying the role of Mumbai police commissioner Aaditya Arunasalam, has little or no regard for the law of the land, picking off gangsters and killing them without paying heed to due process like warrants or arrests, as he combats a drug war.
While the opening montage is replete with a shadowy Aaditya engaging in unabashed extrajudicial killing, another scene depicts the superstar go so far as to slap a member of a human rights probe, and coerce his boss into clearing his role in the crimes. What follows is plenty of action, some familiar comedy and a bit of romance.
Irrespective of what one might think of Murugadoss’ script — the worrying glorification of extrajudicial killings in the narrative, near-endorsement of Aaditya’s idea of a police state, and a narrative that we've witnessed several times over — the fact is that the superstar comes across as loved and endearing. From his signature twirling of the sunglasses, and the iconic beard, to a bunch of subtle digs at his age (a first for a Rajinikanth film) and some stale comedy, Rajinikanth is endearing and lovable. It is also no mean feat that his dance moves and action sequences come close to being commendable for someone who turns 70 in less than a year.
Nayanthara is at her best
Let’s face it: The superstar has sass — he just needs better scripts.
With questionable content being the dubious highlight of Darbar, you can’t help but wonder if good acting saves the day. Thankfully for the film, it does. Lady Superstar Nayanthara (playing Lily) is at her best, even as she turns up looking gorgeous every single frame, and comedian Yogi Babu’s humour and general appearance is rib-tickling, as always.
However, that having been said, the superstar’s less-than-awesome intro, Rajinikanth’s now-overplayed coy demeanor when he meets the female lead, and shocking absence of lip-sync in dialogue (the filmmakers weren’t even trying) let the film down. A special shout-out though, must go out to great makeup and camerawork that have gone into making Rajinikanth look close to his youthful best.
Darbar, like all other Rajini films can’t quite be reviewed without gauging just what Rajini’s fans thought of the film. Let’s face it: Irrespective of what this writer thinks, Rajini’s judge, jury and executioner are the boys who wake up at 3 am to pour milk over larger-than-life cutouts of the superstar. Surely enough, those fans made their exploits count, whistling and hooting when the superstar made his entry. One fan even turned up to the show in a policeman’s costume! However, even as I write this, tickets for weekend shows are in the green and available in plenty, thereby prompting the question: How long will the fanfare last? Not long you’d think, if the superstar keeps making a film a year. If his enigma is anything to go by, keeping it scarce is the way to ensure it stays alive.
Check out our in-depth Market Coverage, Business News & get real-time Stock Market Updates on CNBC-TV18. Also, Watch our channels CNBC-TV18, CNBC Awaaz and CNBC Bajar Live on-the-go!