homebuzz NewsBOOK EXCERPT: Trading Power The Inside Story of the Maharashtra Elections

BOOK EXCERPT: Trading Power-The Inside Story of the Maharashtra Elections

GN scheduled a meeting with Uddhav and reiterated what Fadnavis had discussed with him the previous night. He told Uddhav that the chief minister’s post was not going to be up for discussion under any circumstances.

Later in the Evening, Varsha

Confused about Uddhav cancelling their scheduled appointment the day after Diwali and the strong anti-BJP statements the Sena chief had made at the party’s legislative meet earlier in the day, which made its way immediately to the news channels, Fadnavis called GN, the interlocutor who had facilitated their alliance talks both before the Lok Sabha elections and the assembly elections.
‘Can you find out what is it that is holding Uddhav back? He has been cancelling on us. What is on his mind and what are his expectations? As you know, the chief ministership was not agreed upon,’ he told GN.
GN got to work quickly and met Uddhav that very night at Matoshree. Uddhav told him, ‘Fadnavis is not aware of these discussions (on chief ministership). The rotational chief ministership was absolutely discussed between Amitbhai and me. Also, I did not cancel the meeting, just pushed it by a few days. After Fadnavis had accused me of lying about the terms of sharing the chief ministership, it wouldn’t be good optics for me to be meeting him immediately.’
GN asked, ‘Can you remember when exactly Amitbhai made this commitment to you?’
Uddhav said, ‘Yes, when he and I went into a separate room for a conversation on his visit to Matoshree before the Lok Sabha elections and also reiterated it while we drove to Blue Sea Banquets for the press conference to announce our alliance immediately after... Look, I understand that Fadnavis is not aware of my private discussions with Amitbhai. As long as he maintains the statement that he is unaware of these talks and does not accuse me of lying, I am okay with speaking to the BJP.’
After wrapping up the meeting, GN headed straight to Varsha to brief Fadnavis. It was very late at night, perhaps around 2 a.m. He said, ‘Uddhav says Amitbhai made this commitment to him twice, on the phone and in a car… when they were on their way to the press conference in February.’
Fadnavis shot back, ‘I can assure you that this has not happened. I was in the car when we went to the press conference. Perhaps Uddhav has forgotten that. And I am sure that this conversation did not take place.’
Fadnavis looked at GN and continued, ‘You have been party to all the alliance talks, GN. After that meeting at your residence and the terms that followed, they still hold true.
Even at your residence, when I spoke to Amitbhai over the phone late at night, he had clearly said that sharing the chief minister’s post was out of the question. The only thing we have agreed on is to share posts and duties equally. We are happy to part with portfolios and important posts in the government with our allies.’
GN replied, ‘I understand. Uddhav says the deal is on as long as you continue to maintain the position that you were not aware of what has been discussed between Amitbhai and Uddhav.’
Fadnavis concluded, ‘It is okay for now, because it is partly true. However, there may be a time in the future when we may have to clarify that Amitbhai had not made any chief ministerial promise to the Sena. But, as of today, we’ll keep that aside.’ 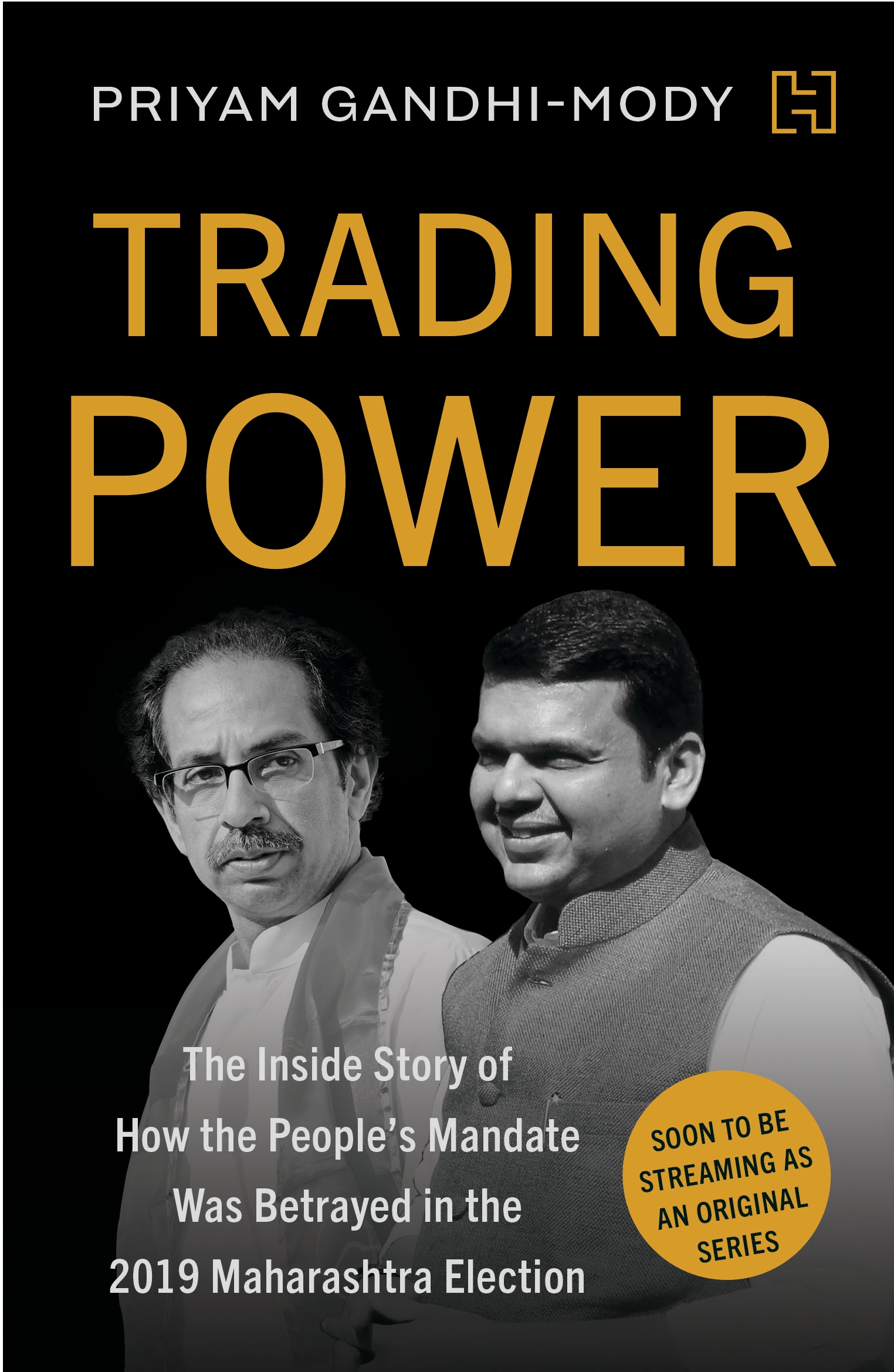 30 October 2019, Matoshree
GN scheduled a meeting with Uddhav and reiterated what Fadnavis had discussed with him the previous night. He told Uddhav that the chief minister’s post was not going to be up for discussion under any circumstances. He also told him that any other deal of equal power-sharing was possible. Uddhav, by then, had received indications from Sharad Pawar as well as the Congress that a Sena alliance with the NCP–Congress was no go.
Sensing that he may lose the opportunity to be a part of the government if the BJP too gave up courting him, he told GN, ‘Fine. I would still want the deputy chief minister’s post and an equal distribution in portfolios and important posts. Aaditya is the first Thackeray to contest an election and there is a demand from the party that he be made deputy chief minister.’
GN replied, ‘That is something that sounds workable. Let me propose something here. If you can depute two leaders to sit with me, I can work out these details and take the proposal to Fadnavis.’
Uddhav consented and assigned Eknath Shinde and Subhash Desai to the job. For the next two days, the trio held extensive discussions at a five-star hotel in Mumbai’s suburbs and arrived at the details of a workable solution for the Sena and the BJP. They decided on the allocation of portfolios and posts and after Uddhav had vetted it, GN said he would take the proposal to Fadnavis. It was agreed that Subhash Desai would join GN in the meeting with Fadnavis.
—Excerpted with permission from 'Trading Power: The Inside Story of How The People's Mandate Was Betrayed In The 2019 Maharashtra Election'​ by Priyam Gandhi-Mody, published by Hachette India, price Rs 450. Title releases on Dec 16.
(Edited by : Ajay Vaishnav)
Check out our in-depth Market Coverage, Business News & get real-time Stock Market Updates on CNBC-TV18. Also, Watch our channels CNBC-TV18, CNBC Awaaz and CNBC Bajar Live on-the-go!