This article is more than 3 year old.

When Queen ruled the airwaves, one was a baby and learnt to appreciate the songs as a rebellious teen much later.

Before berserk fans in cricket stadiums in India were chanting, ‘Sa-Chin! Sa-Chin!’, stadiums the world over were used to the madness of, ‘We are the champions!’ and the ‘Stomp, stomp, clap’ of ‘We will, we will rock you!’ no matter what the sporting event.

When Queen ruled the airwaves and toured the world, one was a baby and learnt to appreciate the songs as a rebellious teen much later when some older cousin was generous enough to leave behind a cassette or a vinyl record. One loved these songs because the rhyming was mind blowing, and it was fun to sing ‘Gunpowder, gelatine/ dynamite with a laser beam, guaranteed to blow your mind’ and even compete to who would sing the lyrics to Don’t Stop Me Now!’ correctly, ‘I’m burning through the sky, yeah/Two hundred degrees/ That’s why they call me Mister Fahrenheit/I’m traveling at the speed of light/I want to make a supersonic man outta you.’ 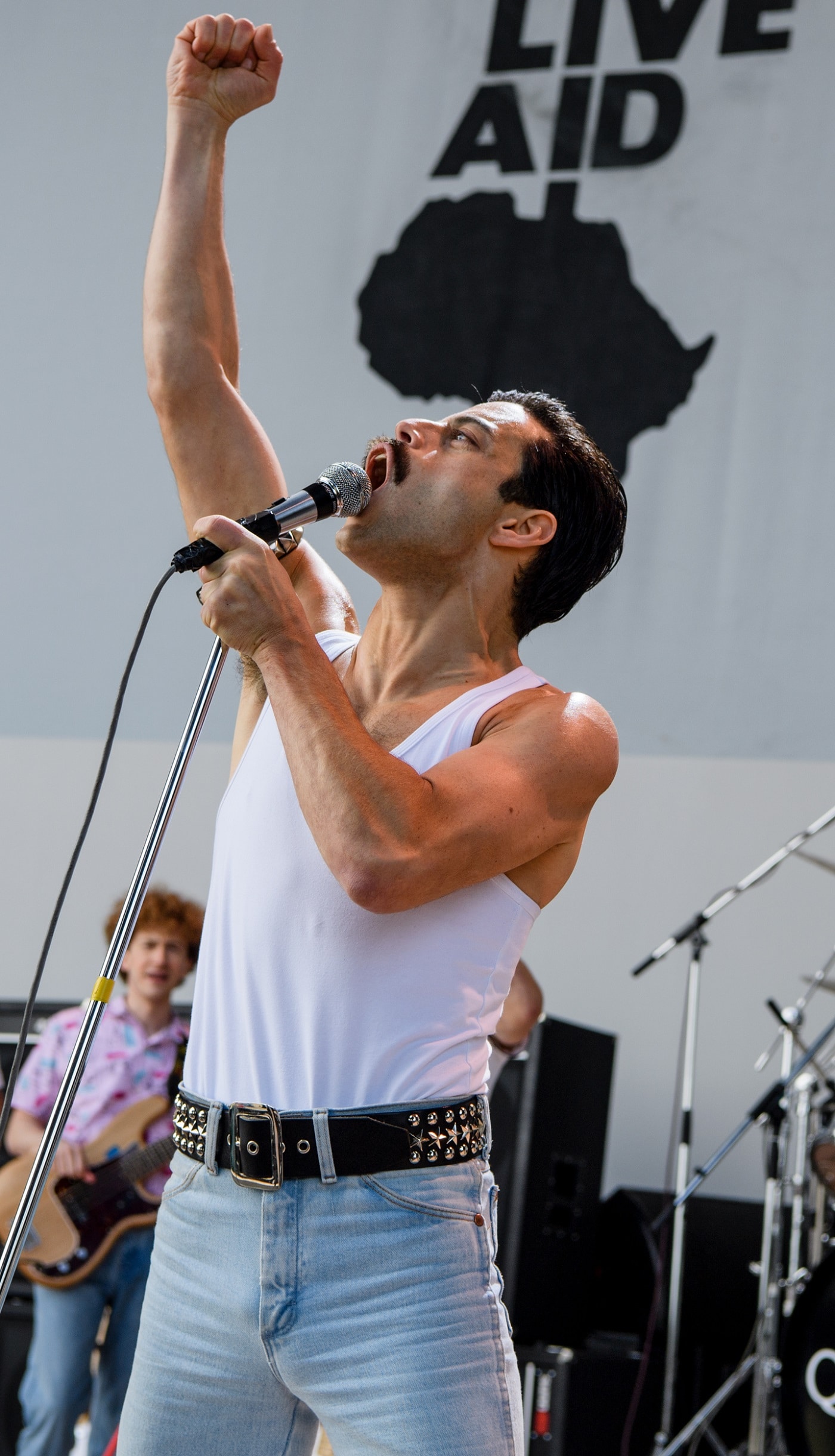 And you loved listening to music by these Rock bands more because it drove parents crazy. Mothers and Aunty-jis had conniptions just looking at the pictures of these long-haired legends who used the microphone and guitars as if they were something more. They were afraid their sanskari daughters and sons were going to become, ‘Hai hai… Woh!’  Always wondered what my Bhagwati aunty would do if Gene Simmons of the KISS showed up in full make up!

You may not agree but I learnt all slang from songs: Yeah, Naah, Gotta, Outta… But I digress, because it is hard to admit that I was reduced to mush when I watched Bohemian Rhapsody. Logically, the film is flat, the character arcs are helpless, the story is practically boring (the rise and the fall of a brash singing star), but the songs… Aah the songs… They kicked all logic out of the window. It does not matter if Brian May really played a Les Paul when they toured America. It does not matter if you noticed Adam lambert making an appearance in the film. It does not matter if the audience in the last twenty minutes of the film is not wearing the right clothes for that time. You don’t care. The music is simply stupendous. 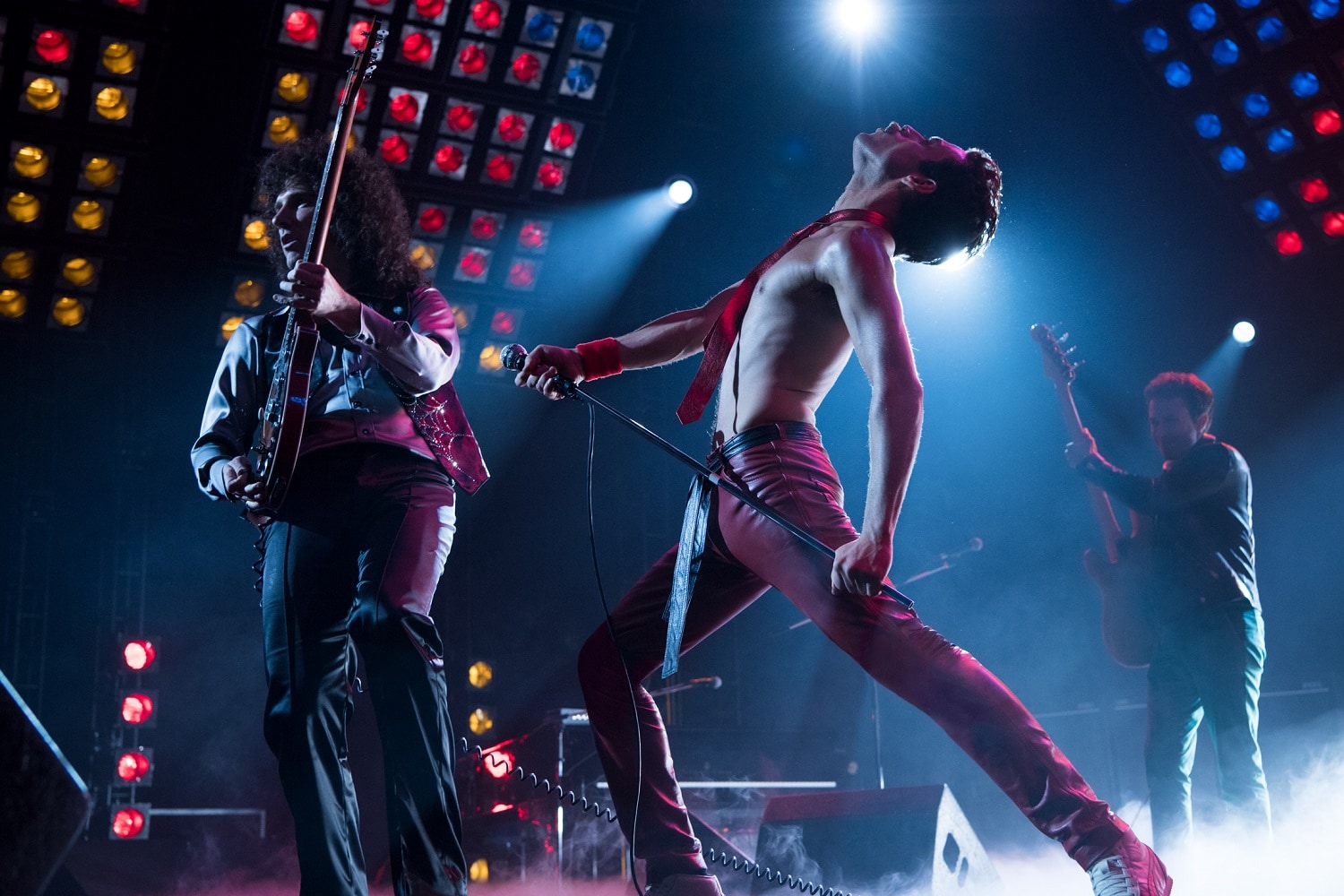 Then there’s Rami Malek. He channels Freddie Mercury so brilliantly you cannot but be gobsmacked. He wears the jeans just right, and everything about Malek says Freddie Mercury right down to the walk. And with the broken microphone stick in his hand, Malek is Freddie Mercury. I am saying this after watching all the videos on YouTube realising that so many songs have become part of our DNA, including the Elvis-like song, ‘Crazy Little Thing Called Love’.

But to see Freddie struggle with his sexuality, his relationship with his dad, his love for Mary Austin, his loneliness, his great friendship with the band members, his determination to die performing because that’s what they were born for… It’s all there in the film, along with the huge high of the music. Those familiar with the band will realise how much Brian May looks like Brian May in real life, how the portrait of Marlene Dietrich in Mercury’s house is the inspiration behind the album cover of the Bohemian Rhapsody. What was so amazing was the sheer joy Rami Malek brings to the performances. There’s so much humour in the writing, you are never really away from a wry chuckle. 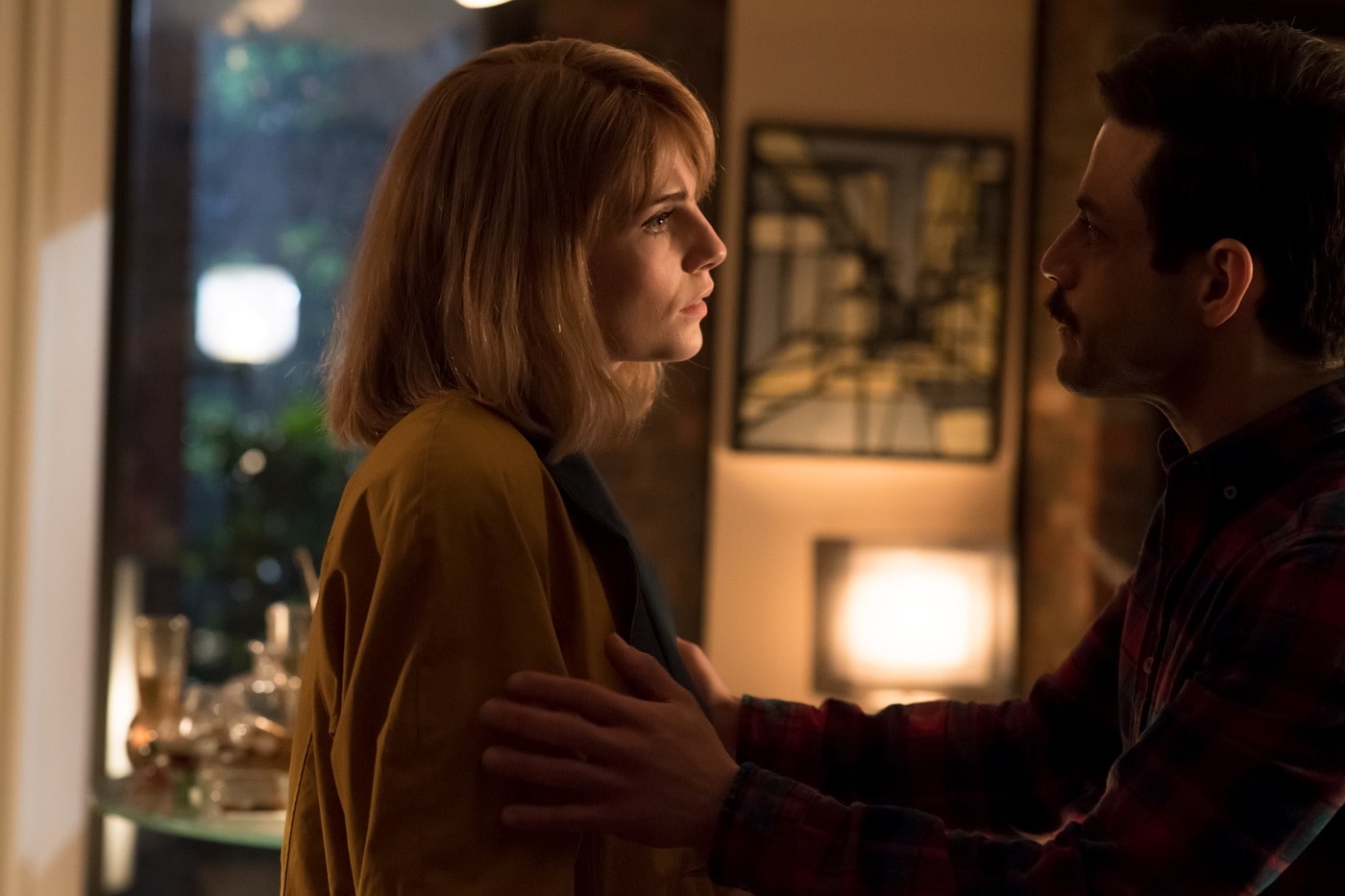 Those who know about the band, will tell you they have missed out on this or compressed that about his life, will miss out on the joy the movie brings you. And the last half hour of the film is so brilliant, it silences all critics. You are transported to 1985, to Wembley Stadium and you experience one of the best concerts ever. Over a billion people experienced it via 13 satellites (the Olympics had 3 they tell you), and now it is your turn. They did such a good job, they even got the number cups on the piano right…

Watch the film who know the lyrics of the songs, or just go alone. Experience all the emotions you thought were neatly packed away will surface and make you feel alive.

Just as Val Kilmer ended up becoming more Jim Morrison than Morrison could ever be, and gave us Riders On The Storm in the movie The Doors, like no one else did, movies about music and musical bands introduce these great bands to new generations that weren’t around when they were big. And bring back the ecstasy of their music to those who are fans. Straight Outta Compton is a brilliant movie that actually helped me understand the quiet rage behind hip hop and the beats that revolutionised music. Pink Floyd’s The Wall, Inside Llewyn Davis, Crazy Heart, The Jersey Boys, and even Mama Mia, Wayne’s World, The School Of Rock are movies about making music like none other… But when you watch a movie like The Commitments, you want to wear your best Blues Brothers’ hat and dark glasses, and book a trip to Ireland. This film will make you want to imitate their Dublin accent and say, ‘I’m black and I’m proud’ and sing along with Wilson Pickett’s ‘In the Midnight Hour’ with The Commitments.

But for now, you must put on your Adidas shoes and make your way to the multiplex with the biggest sound and drown in the story behind the rock anthems that have become a part of you. Without wondering why the lyrics are so weird and nonsensical, sing loudly along with the rest of the crowd at the movies, ‘Scaramouche, Scaramouche, will you do the Fandango!’