Not many know of Farrokh Bulsara, the son of Bomi and Jer Bulsara, a Parsi couple from India.

1977. He was 31. Clothed in a floral shirt, bomber jacket, his hair ruffled, his voice soft, his overbite evident. In an interview, he was talking of his songs, his gigs and the not-always-rosy life of a singer. He was already a legend. His famous four-range octave conquering countless hearts.

2011. He would have been 65. Sadly, he had pushed the daisies at age 45. But his mother Jer Bulsara had brought his frayed orange t-shirt and a black hat to the television studio. Words burdened with emotions, she was talking of her son Farrokh Bulsara who even as a toddler in Zanzibar yearned to sing. “Can I sing? Can I sing?” was his favourite refrain. 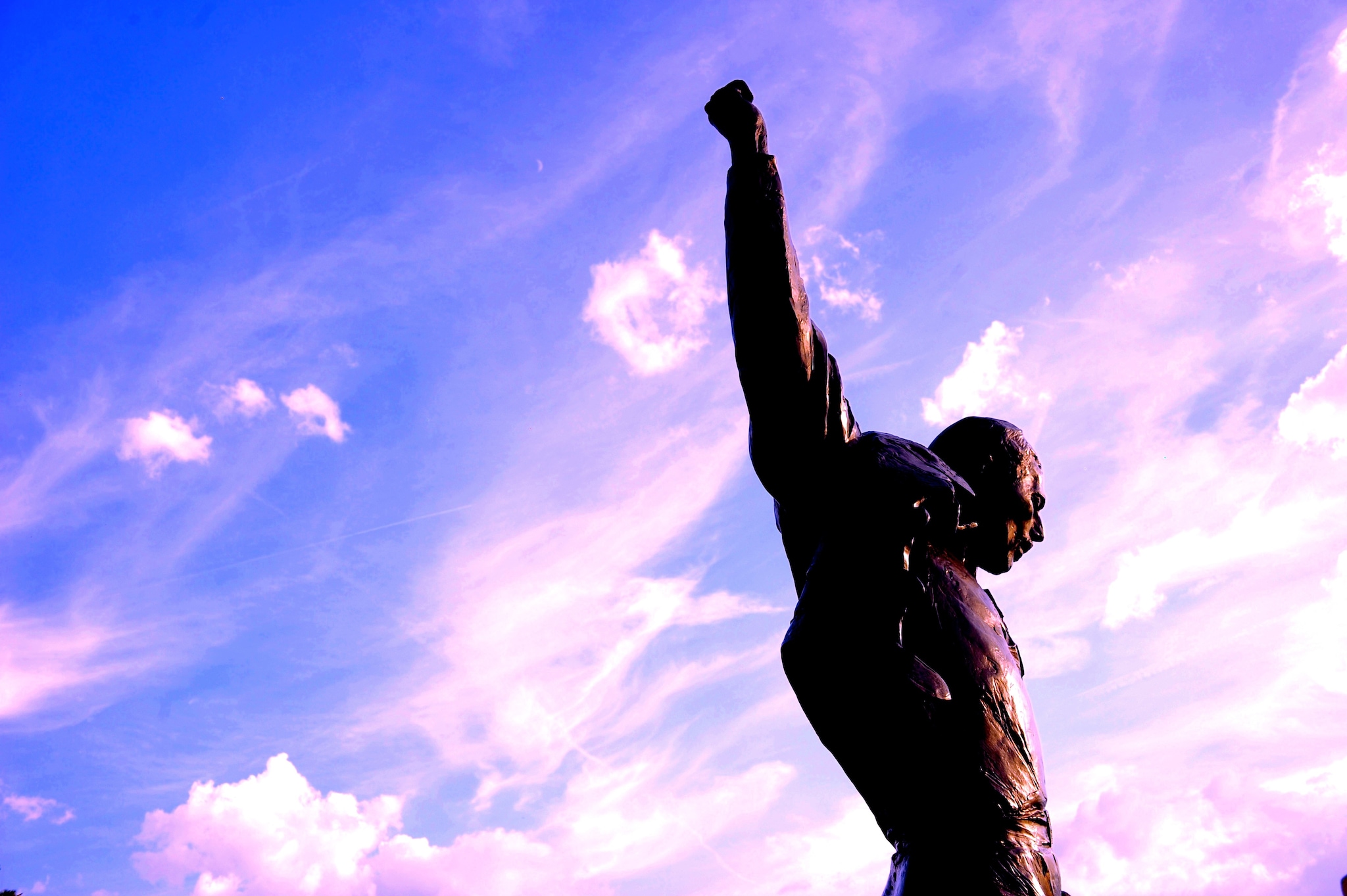 The iconic statue of Freddie Mercury stands by Lake Geneva in Montreux, Switzerland. Photo credit: Photo credit: Preeti Verma Lal.
Not many know of Farrokh Bulsara, the son of Bomi and Jer Bulsara, a Parsi couple from India, the surname Bulsara borrowed from Bulsar, a village in Gujarat. Bomi went to Zanzibar (Tanzania) to work as a registrar for the colonial government. Farrokh was born there and soon his parents packed him off to St. Peter’s, a boarding school near his parents’ home city of Bombay.
Also Read: Bohemian Rhapsody: How Rami Malek Recreated the Magic that is Queen
It was here that Farrokh honed his piano skills by playing Indian tunes. It was in India that Farrokh became Freddie, a nickname bestowed by his schoolmates. It was in India that Farrokh Bulsara became Freddie Mercury, the one who wrote and sang Bohemian Rhapsody, the title of his biopic releasing in India on November 16. The entrance of Freddie Mercury Museum in Montreux. Photograph by Richard Gray. Photo credit: Montreux-Vevey Tourism.
From India, Freddie returned to Zanzibar. Fate took him to London and one day in 1978, the singer came to the Montreux Jazz Festival to record the album ‘Jazz’ with Queen. The Swiss resort town tugged at his heart strings and made it his home. He lived in a flat with a view of the lake and bought the Mountain Studio recording studio. He wore the famous yellows and the signature moustache, ordered German entrees at Brasserie Bavaria, quick meal at Michelin-starred Le Pont du Brent restaurant, and a drink at Harry’s New York Bar (now Funky Claude’s Bar).
On glum days, he would snooze in Montreux Palace Hotel which still has a Freddie Mercury Suite. Montreux was Mercury’s fave hideout. For his music. For his soul. He produced seven albums in Montreux, including the band’s 15th and final one, Made in Heaven. Inside Freddie Mercury Museum in Montreux. Photograph by Richard Gray. Courtesy: Montreux-Vevey Tourism.
Nearly four decades after Mercury stepped in at the Montreux Jazz Festival, I stepped in, too. At the Festival, music was remixed in Montreux’s air. Humming a song, I walked around the sidewalks that Mercury did many decades ago. I had to see him by the lake. I know he has been standing there since 1996. Mercury sculpted in bronze. Larger than life. A 10-foot Freddie Mercury by Czech sculptor Irena Sedlecka in an iconic pose - microphone in one hand and fist pumped into the air.
I had no map in hand but I knew I’d find the legend. The one with four-range octave. I started walking from Montreux Palace Hotel, stopping and asking everyone “Where is Freddie Mercury’s statue?” All smiled, their fingers pointing towards Lake Geneva. I walked by the blue. I walked more. And more. Freddie Mercury once said: “If you want peace of mind, come to Montreux”. Photo credit: Preeti Verma Lal
A sweat gathered on the brow and the knee sought mercy. But somewhere in Montreux I had packed Mercury’s famed energy. I kept walking until I found him. Standing by the lake. With a microphone in one hand, his fist pumped into the air.
That is how I met Farrokh Bulsara. Freddie Mercury, the one with four-range octave. And his Bohemian Rhapsody, the one that The Guardian ranked number 31 on their list of the 50 key events in rock music history. In 1978, Freddie Mercury came to the Montreux Jazz Festival to record the album ‘Jazz’ with Queen. Photo credit: Preeti Verma Lal
Many years ago, Freddie had beseeched: (Please) can anybody find me somebody to love?
Everyday (everyday)… Not sure whether Freddie knows this but there are so many who love him. Including me.
Preeti Verma Lal is a Goa-based freelance writer/photographer.
Check out our in-depth Market Coverage, Business News & get real-time Stock Market Updates on CNBC-TV18. Also, Watch our channels CNBC-TV18, CNBC Awaaz and CNBC Bajar Live on-the-go!