Bill Gates: 6 movies and TV shows to watch ‘when you need a break

Bill Gates: 6 movies and TV shows to watch ‘when you need a break 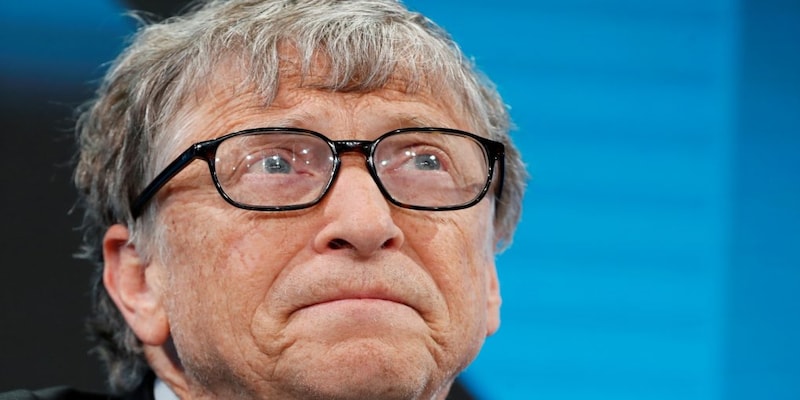 For billionaire Bill Gates, reading and watching TV and movies helps “stem the tide” of anxiety amid the Covid-19 pandemic, he said in a blog post on May 18.

Everyone has their own way of relieving pandemic stress – Bethenny Frankel, for example organizes her home, while Kevin O’Leary takes long bike rides.

For billionaire Bill Gates, reading and watching TV and movies helps “stem the tide” of anxiety amid the Covid-19 pandemic, he said in a blog post on May 18.
“I’m often asked about what I am reading and watching—either because people want to learn more about pandemics, or because they are looking for a distraction,” wrote Gates.
Gates has long been involved in global health research and whose Bill & Melinda Gates Foundation has donated over $250 million toward Covid-19 relief efforts. (Gates has also been the butt of meritless Covid-19 conspiracy theories.)
“Lately, people have been asking me for movies and shows I’d recommend during this difficult period,” he said.
Here is Gates’ list of “Movies and shows for when you need a break,” including everything from comedies to crime dramas.
‘Spy Game’
“On the much more escapist front, a few weeks ago I re-watched one of my favorite movies, ‘Spy Game,’” Gates wrote of the 2001 action movie starring Robert Redford and Brad Pitt.
“Not a lot of people have heard of ‘Spy Game,’ but I’ve probably seen it 12 times,” he said.
The thriller follows a veteran CIA agent whose protege is arrested in China for espionage, but “it has lots of good surprises, so I don’t want to spoil the plot for you,” he wrote.
‘A Million Little Things,’ ‘This Is Us’ and ‘Ozark’
Next, Gates recommends three of the drama series that he and his wife, Melinda, “are keeping up with”: ABC’s “A Million Little Things,” NBC’s “This Is Us,” and Netflix’s “Ozark.”
“A Million Little Things” follows a group of friends (played by Romany Malco, David Giuntoly, Grace Park, among others) bonding and reflecting on their lives after a close friend dies by suicide.
“This Is Us,” stars Milo Ventimiglia, Mandy Moore, Justin Hartley, Chrissy Metz and Sterling K. Brown and chronicles the ups and downs in the lives of the Pearson family from the 1980s and into the future.
“Ozark” stars Jason Bateman as a father who flees with his family to Missouri after laundering money, where he and his wife, played by Laura Linney, start a new life of crime.
“Pandemic: How to Prevent an Outbreak”
Gates had been consistently warning of a looming pandemic for years before the novel coronavirus SARS-CoV-2, the virus that causes Covid-19, reared its ugly head.
In fact, Gates’ foundation has funded one of the influenza vaccine start-ups featured in “Pandemic: How to Prevent an Outbreak.”
“This documentary series on Netflix introduces you to four people who are working super-hard in different parts of the world to prevent epidemics,” he said.
Since the series was filmed “some time ago,” i.e., pre-Covid-19, it focuses on the flu, which was previously “widely regarded as the most likely culprit for a big outbreak,” according to Gates.
“But ‘Pandemic’ still gives you a sense of the inspiring work that heroic doctors, researchers, and aid workers are doing to prevent the very thing we’re all going through right now.”
“I, Claudius”
Last, Gates recommends something on his own “to watch” list.
“I’m planning to finally watch ‘I, Claudius’—a 1970s BBC series set during the Roman empire—after reading a rave review in The Economist,” he wrote.
The series highlights the reigns of the Roman emperors Augustus, Tiberius, Caligula and Claudius, based on the novel by Robert Graves. Claudius narrates the drama, with the series told by his point of view.
“I’ve read a lot about the Roman times, but this series sounds like an interesting look at the era.”
Check out our in-depth Market Coverage, Business News & get real-time Stock Market Updates on CNBC-TV18. Also, Watch our channels CNBC-TV18, CNBC Awaaz and CNBC Bajar Live on-the-go!