Updated : August 23, 2019 02:17 PM IST
He is also working on an institute with Odisha govt that will train weavers in modern design language, even as it invites the world to learn the state’s indigenous art and crafts.
The designer's new sculptural jewellery piece, the Taj, also draws from India’s well-established traditions.

Ten years ago, when Odisha-born and New York-based designer Bibhu Mohapatra, who counts among his clients the former first lady of the US, Michelle Obama and icons such as Oprah Winfrey and Gwyneth Paltrow, quit his job as the Design Director at J.Mendel and launched his eponymous label at the New York Fashion Week 2009, his designs focused more on what western fashion is obsessed with – construction, cut and silhouette. Over the years, he did use some of the weaving and textile traditions from his home state, particularly the stunning Odisha ikat to create interesting juxtapositions, but in ephemeral ways. More in-depth collaboration with the talented weavers back home happened seven years ago, when he worked with them to produce 35 designs for a project headed by textile historian Rta Kapur Chisti. “Even today, these are being used by weavers as a design base and have to prove to be successful because of the modern design language.”

Mohapatra is now ready to go back home for a more in-depth collaboration with the state government and the weavers in a bid to put them on the national and international stage. In Mumbai to launch a new range of fine crystals by Preciosa, a brand that works with the fashion and jewellery industries, he took time out to talk about his association with Odisha’s weavers, his work in the world of jewellery and his label a decade later.

For years, Mohapatra has been in conversation with Odisha’s chief minister Naveen Patnaik about setting up an institute to promote the state’s weaving and craft traditions. “The thought is to establish an institute that would not just put the weavers and craftsmen, the men who create the beautiful filigree jewellery and the lovely ikat, under one roof, but to also foster a cultural exchange programme under which artists and artisans from other parts of India and the world can train and imbibe the state’s traditions. Fortunately, the world is not yet exposed to many of the state’s beautiful crafts and weaving traditions and there are a lot of opportunities we can explore.”

Last year, Mohapatra teamed up with the state government for the ‘Make in Odisha’ conclave, for which he created a special collection using Ikat and other weaves, as part of the Handloom Revival Project. “I challenged the artisans to create new shapes, new prints and then mix them with modern elements and interesting colour combinations. We blended textiles such as silk and cotton. The idea was to see how creative economies can help foster pride in our heritage and bring economic prosperity to the artisans.” 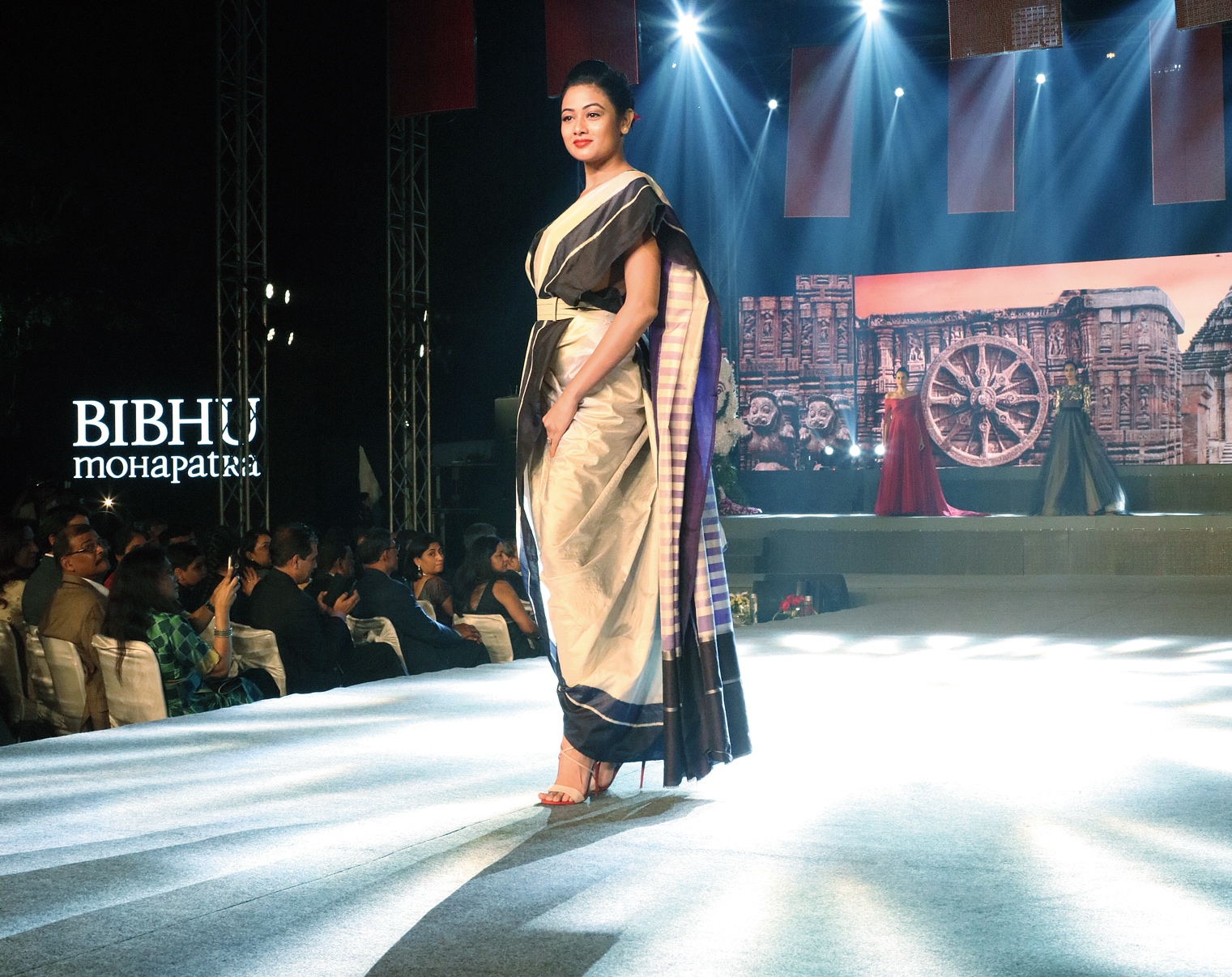 Mohapatra is now heading back to Odisha to work with weavers on a more permanent footing. “I am looking at launching a project where the narratives of the artisans will reach the customers buying the saris or the textiles. They need to know the people who weave these beautiful textiles. I plan to offer two designs to each weaver household and their job is to work with them in interesting ways. On a sari’s pallu or the corner of the pieces of home furnishing, they will ikat weave their names so that they do not remain nameless, faceless artisans.”

Each sari or home furnishing will be sold with a booklet detailing the history and other information about the weave or the textile. “We have to let the audience know that the product is so special because of the people who make them and offer the weavers an identity they have a right over. Mohapatra is speaking the language of the global marketplace when he says that it is not just the government’s job to promote India’s weaving heritage; it is ultimately a consumer’s responsibility to wear it, promote it and support it, much like Europe does with its centuries-old traditions of textiles, jewellery and even watchmaking. “We can’t keep blaming the government for the state of things or the weaver’s plight.”

What he will bring to the table is the design input. “Our job is to repackage the crafts and weaves for modern users. This project will be challenging for weavers too; it is not about throwing money at them for doing some work. It is about respecting their skills so that they allow their children to be part of their heritage.” Like most designers who work with weavers, he bemoans the fact that how kids from weaving families are giving up family tradition because of lack of opportunities, recognition and money, opting instead for soulless call centre jobs.

Mohapatra will also be launching his label in India soon, one that would be “made for Indian women, will be in sync with my craft and design aesthetics, and will involve the Odisha weavers. The lifestyle of Indian women has gone through a transformation. I can’t just give them weaved textile or a sari and hope they will be accepting of it; this is where I will bring in my design input.”

More importantly, the India edition of his label will take the country’s value-for-money culture into consideration. “By the time a $1500 top I made in the US comes to India, its price is $2000 because of the import duties, which is ridiculous. So the India collection will have to be made especially for this market and reach a bigger audience. The price points will be sharper.”

On his celebratory collection for NY Fashion Week 2019 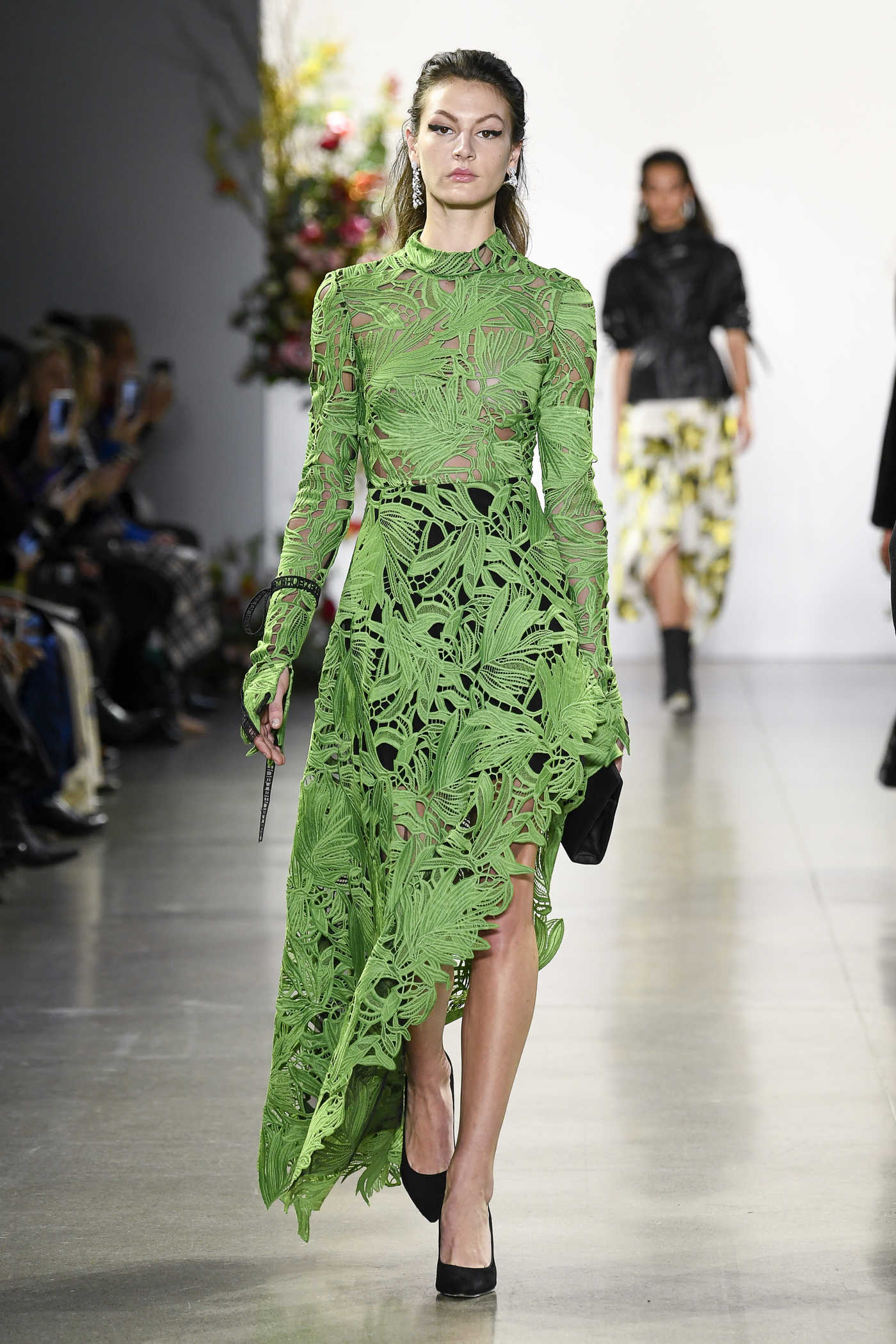 Earlier this year, Mohapatra was back on the stage that launched his career as an independent designer, with a Fall/Winter 2019 collection. “I have designed for many inspiring women over the years, some of them in the public eye, while others who are under the radar and yet are very strong, opinionated women. The collection is a tribute to them and their personal histories and stories. But it is also a tribute to the artisans and craftsmen I have worked with, besides paying homage to my husband and partner of 20 years, Bobby (Beard), who is an artist. I took his drawings and translated them onto my clothes and embellished them with Preciosa crystals.” One of the elaborate dresses he embellished with Preciosa crystals, in fact, went on to be showcased at Fashion Institute of Technology in New York as part of an exhibition called ‘Fairytales’ –  the light lavender fully embroidered dress, he says, is “a dreamy, modern dress which makes the wearer look like she has just emerged from water”. 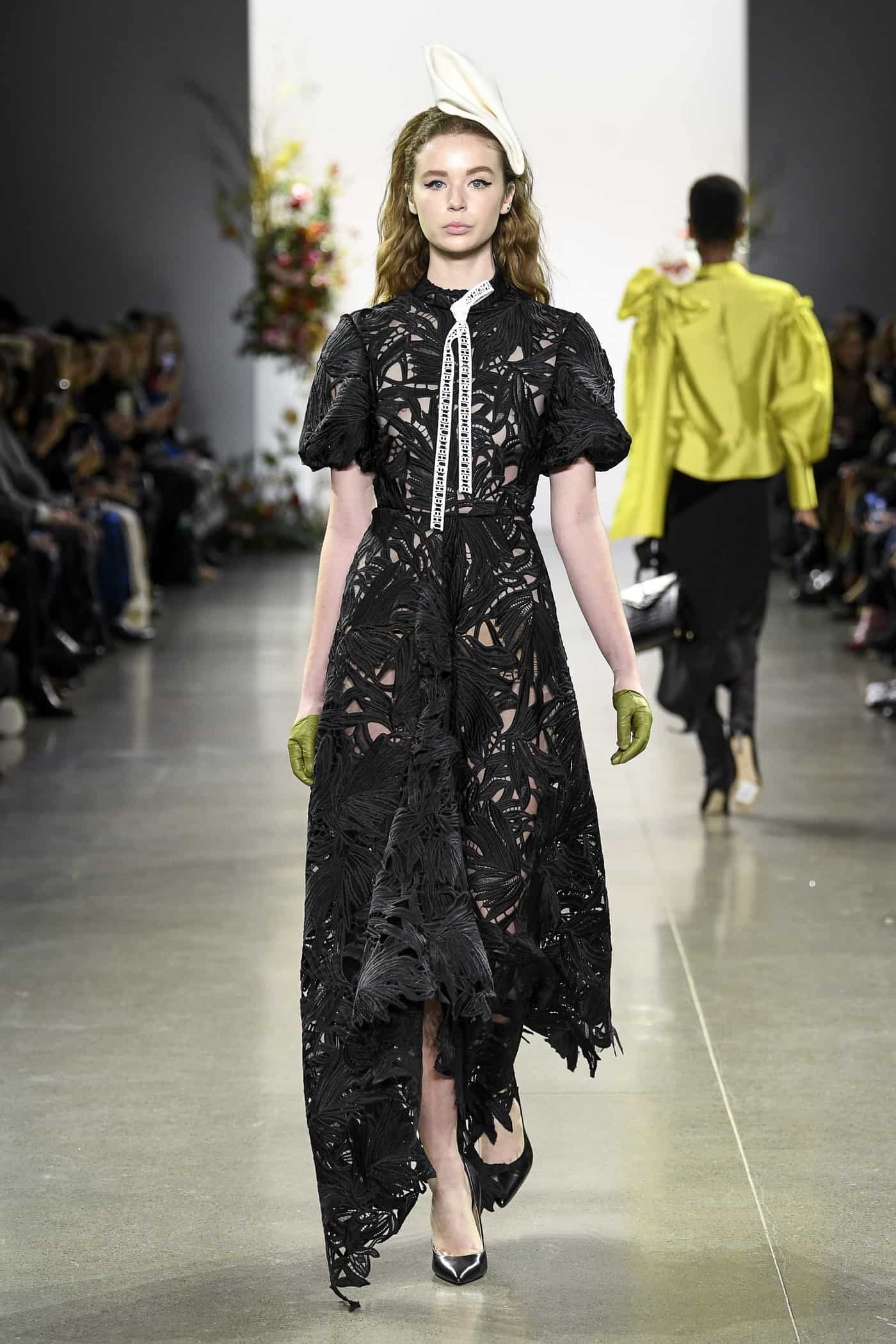 His Fall/Winter 2019 collection is inspired by the magnificent garden of Mount Stewart in Northern Ireland. “It is a world-famous garden started by the strong women of the Londonderry family. They travelled the world, collecting plants and saplings at a time when horticulture was seen as a male bastion.” For the collection, Mohapatra used machine-woven fabrics that are on the cusp of modernity and tradition; they recreate traditional fabrics such as the fill coupe jacquard and organza or jungle lace. “The fusion of modern technology and traditional textile will be the future of fashion. That, and sustainability; we will begin to look at fashion as not greed, but a need. We will recycle materials; use sustainable processes to say, dye them; go back to age-old weaving and crafting traditions that are far more sustainable; and hopefully, will buy less but buy quality.”

A designer as a jeweller

Mohapatra was also in India to launch Preciosa’s new ‘Alpha’ stones with a stunning piece of jewellery – the Taj, a headpiece crafted out of gold and studded with crystals. “I have collaborated with the brand on many-a-fashion collections. This stone, however, is particularly made for jewellery so I created the ‘Taj’, a sculptural headpiece that references the ones I used in my Fall/Winter 2019 show, but in precious metal. The idea was to create a piece that stands for power, and hence the name ‘Taj’.” The striking headpiece in brushed metal is a modern take on a tiara and was hand-crafted in Mumbai. The designer, who collaborates with DeBeers on his maiden jewellery collection, says, “I did not know anything about diamonds except that they sparkle before I began working with jewellery.” His first memory of jewellery was a curious young man who wanted to know what the red potli in his mom’s custody, held. “She opened it one day and it had beautiful jewels in it, jewels that had been handed over, generation by generations till she inherited. When I touched them I felt I had connected with my ancestors. Jewellery has a unique power of telling stories about the past, particularly the way Indians treat jewellery and the role they play at the important events of our life, from weddings to childbirth to a festival, when they are gifted or accepted as gifts.”