Sarah Todd’s journey, from fashion model to one of the most popular faces on reality television to now one of India’s best known restaurateurs, begins when she was first ‘discovered’ for her stunning good looks as a teenager.

“I was 18 when I got my first international modelling assignment in Germany,” narrates the 32-year-old gastronomist. “I stayed at a house in Hamburg. My hosts and the other models spoke very little English and I felt overwhelmed. Then one night someone happened to cook an incredibly flavoursome dish. Despite the language differences, we felt very comfortable in each other’s company and it made me realise that food has no language. And, since it is universal, it brings people from various cultures and backgrounds together,” she says of her initial interest in the culinary arts.

Since then, Sarah has earned a Diplôme de Cuisine from Le Cordon Bleu, gained experience alongside Michelin star chefs Neil Borthwick and Angela Hartnett, worked at well-known eateries in London and Australia, and contested in MasterChef Australia Season 6. 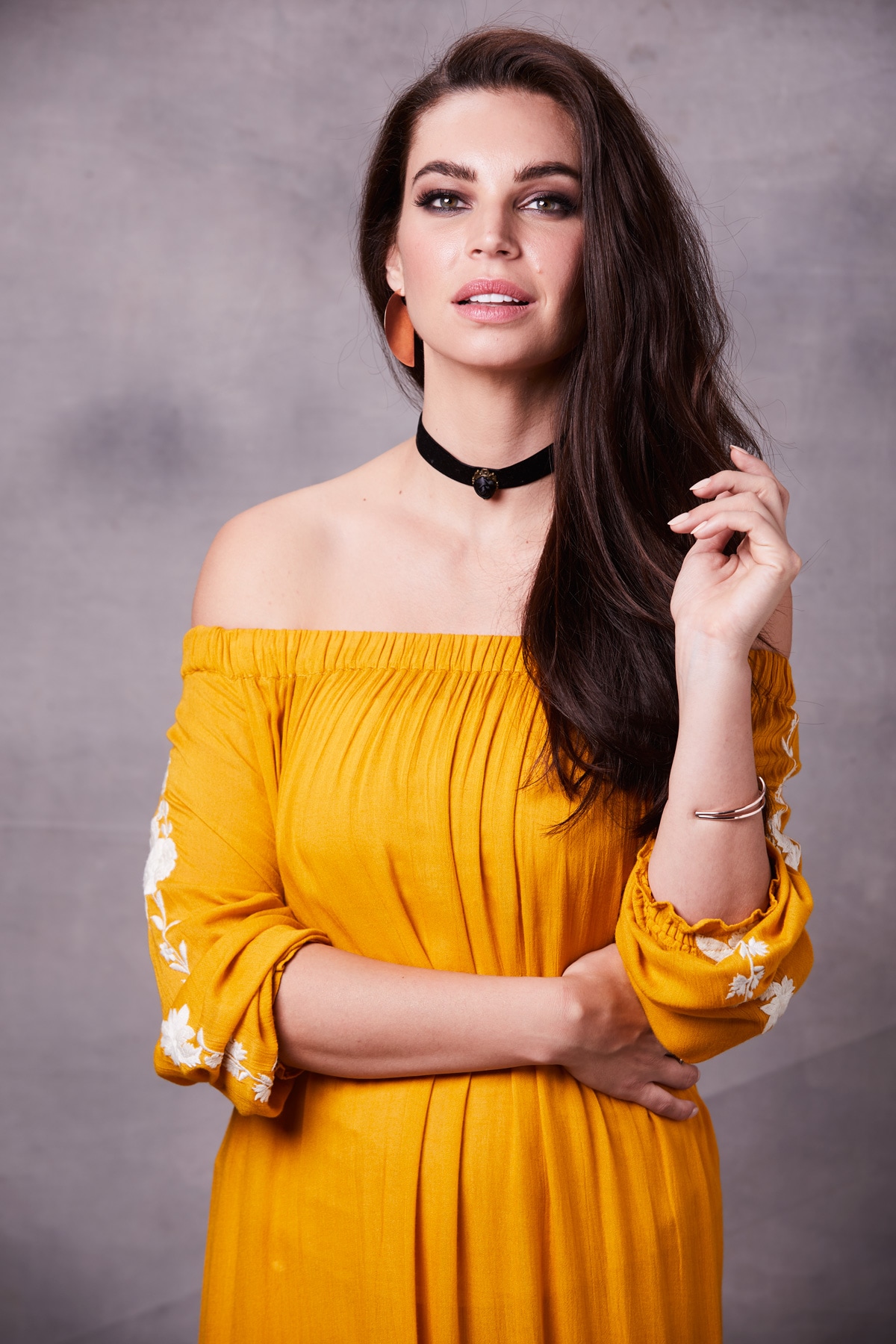 She has also published a cookbook, The Healthy Model Cookbook (Penguin), raised her son, and set up a 400-seat fine-dining restaurant in Goa called the Antares Restaurant & Beach Club. This year, she went a step further and launched another eatery in Mumbai.

“Most people don’t believe that wine can successfully be paired with Indian food,” says Sarah about her new venture The Wine Rack in Mumbai, which boasts over 300 varieties of wine from across the world.

“The complex nature of Indian food and the complexity of wines, both Indian and international, pair exceedingly well together,” avers Sarah, who divides her time between India and Australia. Becoming a mother eight years ago not only added to Sarah’s personal power, it also directed the course of her professional life. Sarah was modelling full-time before Phoenix was born – and in fact, she continued modelling maternity wear until she was about 38 weeks pregnant!

“Having children gives you a different perspective on life. For one, you become less selfish. This little bundle is solely dependent on you for his every need,” she says.

That’s also when she became conscious of nutrition and health. “When I started introducing solids, I decided to prepare his food myself, not wanting him to have packaged or processed food. I always ate healthily but only really began cooking after he was born. This is when I became obsessed with the culinary world.” And the rest is history. 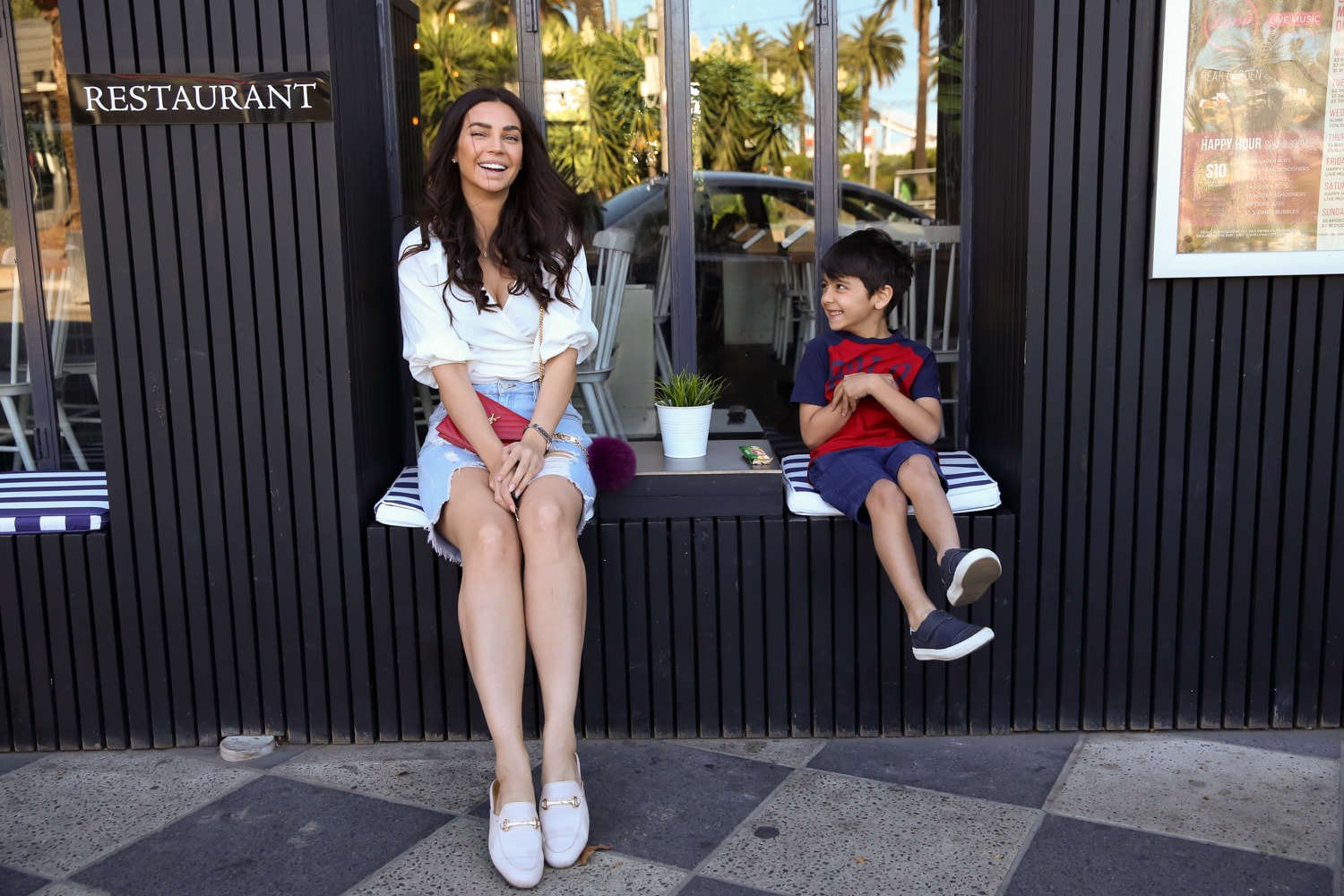 Sarah, who loves reading biographies, believes raising her son as a single mom was about making the best decision for herself and her son. “A child deserves to grow up in a home where there is harmony, whether it’s with one or two parents. It wasn’t an easy decision and life was difficult for me, particularly in the first couple of years. I was lucky to have a support network of friends and family,” says Sarah, whose own mother is her role model in hard work and discipline. A fan of Suits and Succession on Netflix, Sarah adds, “I think times have changed and women have become more independent. Divorce or separation can have a toll on children as well, so it is important to evaluate the situation. Ultimately, we deserve respect and a nurturing relationship. As parents we play an important role in helping children to form respectful and trusting relationships of their own. How can we do that when we are not demonstrating those qualities as parents?”

She advises other women to make the most of what they have. “Have you ever heard the saying, ‘Don’t let the future steal your present’? It is such a powerful statement. My tip is to live in the moment. Don’t be distracted by what’s happened in the past or what may never eventuate in the future. Whether it’s your personal or professional life, make each day count,” she says.

From 2016 to 2018, Sarah starred in her own six-part television series My Restaurant in India, which broadcast her life’s journey to 156 countries around the world. She also starred in Serve It Like Sarah (2016 – 2018), a 10-episode adventure, travel and food series shot in Goa; Grilled (2017), in which she was the host and judge of a new restaurant-startup series; and the one-hour documentary, Awesome Assam with Sarah Todd (2018), where she visited different heritage sites of the northeast Indian state.

But the highlight of her television experience was certainly Sarah’s time in MasterChef Australia, which taught her how to master the balance of being both competitive and supportive. “Rather than competing with the other contestants, I learnt to channel my energy into competing with myself. I learnt to think on my feet, improvise and most importantly stay focused with a positive attitude. It wasn’t always easy but it’s these traits I have taken with me post MasterChef,” she says.

A fan of Japanese cuisine – “they have spent centuries perfecting every technique” – Sarah’s favourite dish to cook and eat is “hands down keema”. She is busy writing her next cookbook, which will teach people light, refreshing, simple, healthy and flavoursome Indian dishes with her own spin-off. “The thought of cooking Indian food shouldn’t be a daunting one,” she explains.

She is also going to be one of four female chefs showcasing their unique menus on the Australian Open Chef Series in 2020. Her food and style of cooking will take guests on a journey of flavours from across India while incorporating native ingredients from Australia. “I feel like I have a huge responsibility to showcase to tennis fans that this event has way more to offer than what meets the eye,” she says smiling.