The last time Asif Kapadia came to India, the birthplace of his parents, was to shoot his student film. The British filmmaker was then studying at the Royal College of Art, London, and he chose Rajasthan as the location. The Sheep Thief, Kapadia's 24-minute film about a street child branded on his forehead for stealing cattle, went on to take the runner-up prize at the Cannes festival's selection for film schools from around the world in 1998. Two decades later, Kapadia is back, with his new documentary on Argentinian football legend Diego Maradona.

Diego Maradona, Kapadia's third feature documentary after Senna (2010) and the Oscar-winning Amy (2015), is based on the turbulent times spent by the legendary footballer in Naples, the Italian club he joined from Barcelona in 1984 for a world-record fee. Premiered at the Cannes festival in May this year, the film continues Kapadia's exploration of the cost of success for iconic personalities. 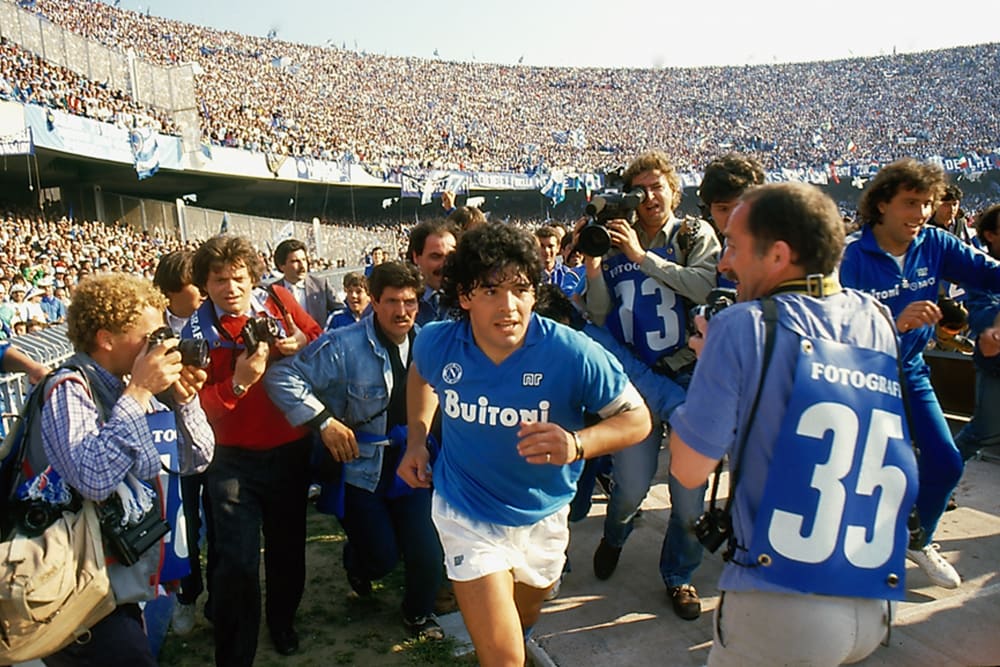 Diego Maradona tells the story of the legendary footballer's life in Naples, Italy, during 1984-1991.

Diego Maradona, a likely Oscar contender for Best Feature Documentary this year, hits the screens in India on October 11. The occasion understandably fills Kapadia, who is returning to the country of his origins after a long gap, with unmaskable emotions. "My student film when I was at the Royal College of Art in London was made with street kids in India," says Kapadia. "I made the film with some student of Film and Television Institute of India, Pune, who became very good friends of mine." 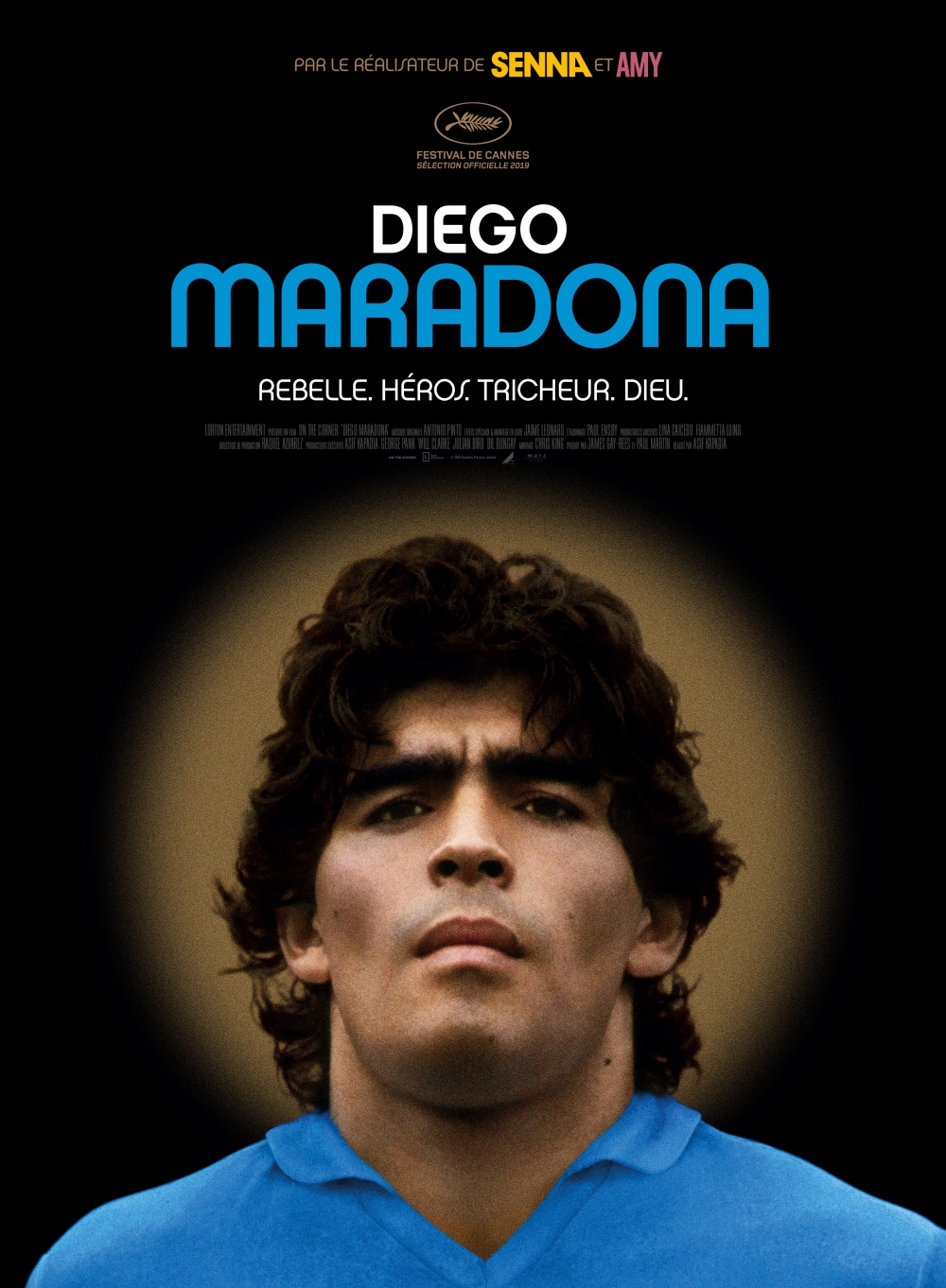 "So, it kind of has become my reason to come here to see friends often as much as anything," says Kapadia. "My parents came to England in 1966," he adds. "I was born in London as the youngest of five kids. So my background is from India." There is also a question of identity he has to grapple with as the son of Asian immigrant parents. "When I was growing up, it was one of those interesting things about not kind of being clear. Where am I from? Am I British? I don't feel necessarily totally British. And then funny enough, I came to India and even though I thought, Oh, this is amazing, you know, for the first time in my life everyone would look the same as everyone around. But then straight away someone would come up to me and say, Where are you from? You don't look like you're from here." Asif Kapadia, who was born in England to Indian-origin parents, made his student film, The Sheep Thief, in India.

Kapadia travels across the world in search of characters for his films, but a visit to India is always important. "I love to make films all over the world, but whenever I can, I come here," he says in an interview at the PVR Home in Vasant Kunj, New Delhi. PVR Pictures will release Diego Maradona in 75 screens across the country on October 11. The India release of the film follows its release in Maradona's home country and the home of his former club in Italy. "Before coming here, I went to Argentina for the release of my film in Buenos Aires and later to Naples in Italy," he adds.

Making of Diego Maradona also took Kapadia across the world, in the hunt for archival footage and interviews for the film. Kapadia's producers arranged nine hours of interviews with Maradona in Dubai, who was then coaching the Fujairah Football Club in the United Arab Emirates league. "Now when I think about it, you know, so essentially I have spent 10 hours (with Maradona) and I have just come back from Buenos Aires and Naples, where the film showed two weeks ago, and you know, there are journalists there who have spent their life trying to get 15 minutes with Maradona and I had 10 hours."

Interviewing his lead character was new for Kapadia, whose previous two movies were biopics of Brazilian World Championship-winning Formula One driver Ayrton Senna who died in a crash in 1994, and Grammy-winning English singer Amy Winehouse, who died in 2011. "For me the whole filmmaking, whether it's fiction or documentary, is just kind of finding some truth, finding a way to get to the essence of a character and understand them and to show the audience and make you feel something," explains Kapadia, known in world cinema as the best filmmaker using archival footage today. Kapadia's 2010 documentary Senna was on the life of Brazilian racing driver Ayrton Senna.

"I'm genuinely drawn to outsiders. I am generally drawn to anti-establishment characters. Actually I'll tell you one of the interesting things that I found during these three films, which is the difference from doing, for me, fiction to documentaries. If I say Senna or Amy, or if I say, Diego Maradona, people can immediately identify, they have an idea of these people. And generally, it's the latter-day version. They know the ending. They kind of know where they ended up. Senna, yeah, he was a racing driver. He died. Amy, oh, she was a mess. You have a drug addict and problems of drinking and Maradona, he got really obese. They kind of know very simple facts, which is generally not a good thing."

"And what I have found it quite interesting is it's like, okay, so you already know the ending. What I want to tell you is about the journey. Life is about the journey and how did I get them, why did it become that? And I'm hoping we might by showing you their lives and what they've experienced, that you might understand them and you might have more empathy and sympathy for them. You don't understand how they got to where they got to at the ending. If you understand where they came from, what they went through, what they stand for. And sometimes, you know, things go wrong. Not because people are bad or because of circumstances or people around them."

Kapadia's interest in the psychology of his characters, "edgy characters" as he says, fits well with Diego Maradona. The film begins with the young Maradona's arrival in Naples, a club that was on the brink of bankruptcy and facing relegation from Italian league. "I asked for a house, I got a flat. I asked for a Ferrari, I got a Fiat," Maradona says in the film. He, however, became a huge success in Italy helping Naples win two Italian titles and a European title within four years of his arrival. Maradona also won the World Cup for Argentina in 1986, before leaving Naples in 1991.

The film focuses on the footballer's rise to fame in Naples where people put his picture on the walls along with Jesus Christ. But he also fell into trouble, facing allegations of proximity to the mafia, drug addiction and a claim by a young Italian woman that Maradona was the father her newborn son. After Maradona calls for the people of Naples to support Argentina, who were playing against Italy in the 1986 World Cup, hosted by Italy, everything goes downhill for the famous player. Amy, Kapadia's previous film on English singer Amy Winehouse, premiered at the Cannes film festival in 2015 and went on to win the Oscar for Best Documentary Feature.

Diego Maradona, which has witnessed a successful global release, has already emerged as a frontrunner for Oscar nominations in December. Kapadia will be heading into the Oscar season with the knowledge that his previous film, Amy, won an Oscar, a European prize, BAFTA and a Grammy. "It's mind-numbing, exhausting as well. And it becomes less and less about the movie and it becomes more about the stories behind it. I was very lucky."

Faizal Khan curated India’s first football films festival with artist Riyas Komu at the 2011 International Film Festival of India, Goa. He was the curator of a football films programme in the Artists Cinema section of the second Kochi-Muziris Biennale in 2014.