Updated : February 15, 2019 05:56 PM IST
Originally from Arunachal Pradesh, 37-year-old lawyer and women’s rights activist Liyi Yabi Marli Noshi imbibed the principles of social justice while growing up with her nephew, her unwed sister’s child, in her hometown.
The experience shaped her sense of conviction and justice, and drove her to work for the underprivileged.

Originally from Arunachal Pradesh, 37-year-old lawyer and women’s rights activist Liyi Yabi Marli Noshi imbibed the principles of social justice while growing up with her nephew, her unwed sister’s child, in her hometown. The experience shaped her sense of conviction and justice, and drove her to work for the underprivileged.

In her 11 years as a litigating lawyer, including being senior legal consultant at UN Women, Liyi has witnessed the worst form of human-rights violations – from child rape and child marriage to polygamy – that are still rampant in her state, where poor women and children do not get fair representation despite free legal aid.

The Delhi-based legal consultant shares her views on life and law. 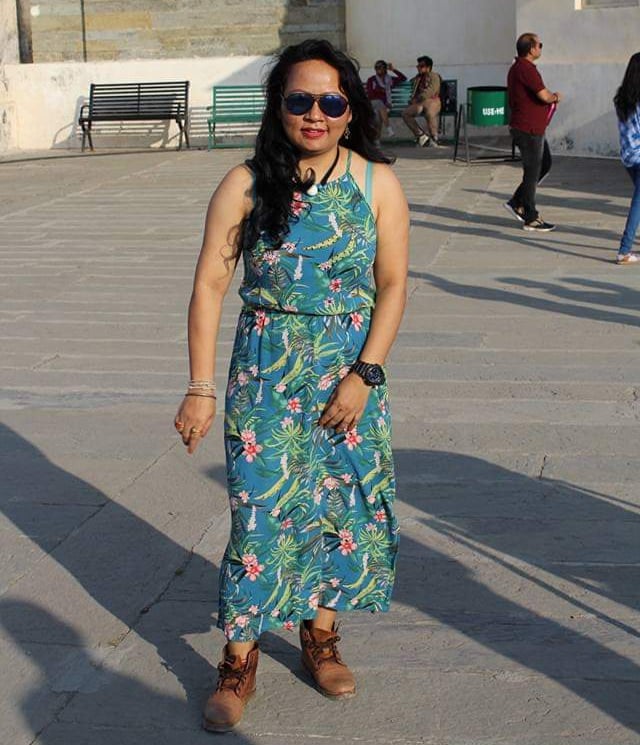 Why did you choose to specialise in women’s rights when you studied law?

I hail from a very remote part of the country where the concept of women’s rights is still alien to the citizens of my state. Child marriages, bigamy, domestic and other gender-centric violence are very common in my state. Luckily, I got an opportunity to study law at Delhi University and observed a different attitude towards the female gender. Deep inside me, a fire ignited to initiate a meaningful change. My heart would break into pieces for the victims when representing them against their cruel husbands and those accused of rape and other gender-based violence. So, I decided to follow my heart and began working with various NGOs involved in addressing issues of gender violence.

What is the most challenging part of your work?

My area of work is quite challenging but being a female from the Northeast of India itself is the biggest one. The whole system of criminal justice is very challenging for female lawyers and keeping your character and faith intact is a difficult task.  By “system”, I mean every stage of the process, like going to the police station and making them understand why hitting a wife is equally criminal as hitting any other person.

What stops women from coming forward to demand their rights and justice in cases of domestic violence or abuse?

We as a country are too judgmental. The ideas of self-respect and dignity are still alien to more than half of the female population. Going to court is reflective of being a bad woman, characterless, and the whole environment is unwelcoming. A woman seeking justice is considered greedy, bad and reckless! This is only because we are never regarded women as human beings but as a commodity who needs instructions from a more intelligent being, that is, men, in the form of a father, brother, husband or son.

We are made to follow their instructions at every stage of life, with hardly any freedom to choose, leave alone demand our rights. It is very difficult to leave home to complain against a man who is the breadwinner, father of your children and the “Almighty” husband! Lack of confidence and support is the most daunting challenge followed by lack of awareness. 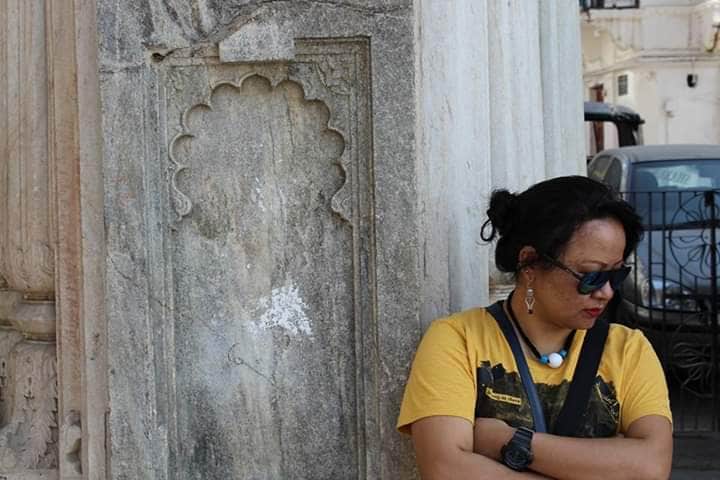 Why is the conviction rate so abysmally low in India when it comes to violence against women?

This has many aspects. While most view it as a court issue, it begins at police stations. If the investigating officers do not understand the severity of the crime reported, there would be nil investigation and the police report would only be a sheaf of papers. The forensic lab reports, other circumstantial evidence and witnesses, too, play a crucial role in conviction, along with the victims’ statements.

Sadly, we lack skilled and committed investigation officers who feel the need for a crime-free society. Many come from the same socio-cultural background where they see violence against women and children as daily occurrences in their homes and villages.

If a woman reports being physically harmed or abused, they term it as ‘domestic violence’ and not as a crime under IPC. If the investigating officer does not understand the severity of the situation, he will lack in precise investigation, and the case will be dismissed for lack of evidence and improper investigation.

Policing too is a job, not a service anymore. Good prosecution, good judges and good defence lawyers all play crucial roles. Hence, understanding violence plays a key role in cases of gender violence and crime against women.

What is your take on the dilution of 498A?

Personally and professionally, I don’t concur with the Supreme Court (SC)’s judgement and opinion on this issue, because mostly cases of the affluent sections reach the SC, wherein facts are very different from those of less fortunate victims.

How effective has the Domestic Violence Act 2005 been in giving relief to victims of domestic violence?

My personal experience says it has been quite effective. This law has made several reliefs accessible to all women, irrespective of caste, class and religion. Though implementation has been challenging due to lack of infrastructure and appointments of various stakeholders, nonetheless, it is used widely, which is a good sign of awareness amongst women.

A lot is said about misuse of favourable laws by greedy wives. What is your experience in this matter?

In my opinion, if asking for one’s right is considered greedy, so be it. We are all human. Women need to understand first what they really want and be responsible for their physical wellbeing and material needs. Some women fight for more in the court and, in the process, lose a crucial time of their lives and forget to enjoy their present. 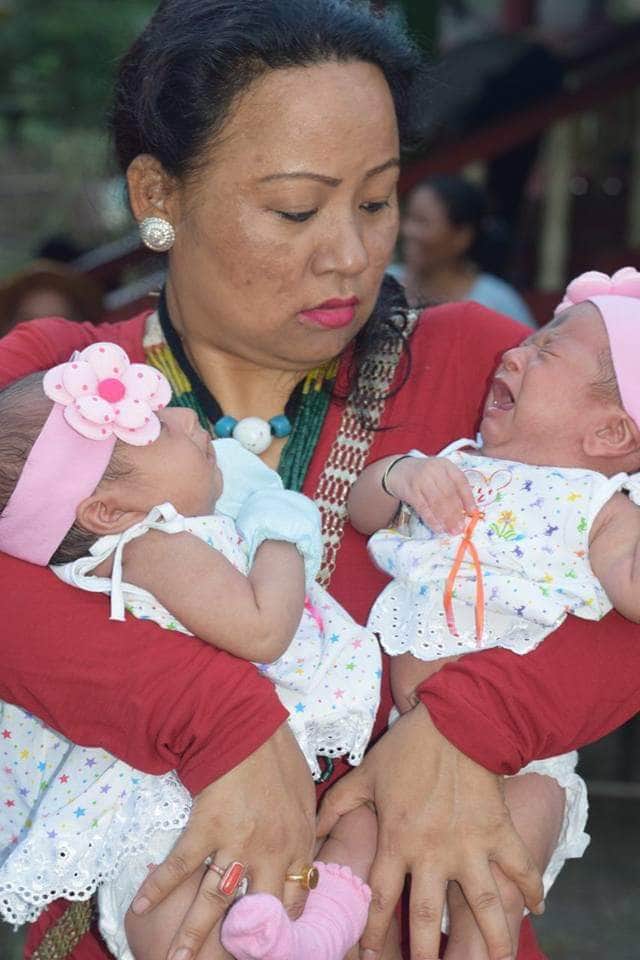 Is there any case in recent history that instills hope in you that India is on the right path when it comes to women’s rights?

In the recent past, SC judgments have been pro-women. The judgement on adultery is an example of progressiveness that reflects the changing jurisprudence on understanding the Right to Privacy, which should include choice and consent. Prior to this, only a husband could prosecute his wife and her paramour of promiscuity. This landmark judgment was a signature stand that women are not commodities owned by men, and both have equal rights in a marriage! A married woman’s desire to seek sexual satisfaction outside of her marriage is not a criminal act anymore.

The fact that it is so hard to get marital rape outlawed, despite so many activists fighting for this, reflects a certain resistance by the powers that be. How can this issue be resolved?

This is the only crime not punishable by both law and society. Talking about marital rape is taboo in this part of the world, only because the concept of the institution of marriage has been misunderstood by us for ages. A law that does not give married and unmarried women equal protection creates conditions leading to marital rape. This allows men and women to believe that rape is acceptable.  Making marital rape an illegal offence will remove the destructive attitude that promotes it.

This issue can only be resolved by way of an amendment in rape law and simultaneously create awareness in homes, where men and women must be taught to respect and develop sensitivity towards each other’s feelings and other human beings. I personally feel that in a country like ours with a huge rural population and a conservative mindset, it is an uphill task that will take another century to resolve.

A big deal is made about being single in Indian society. How do you deal with it?

I wake up in the mornings only to please myself. I look at my married friends constantly trying to please everyone. I don’t have to please anyone. I am the queen of my own life! I am a foster mother to my nephews and nieces, and take charge of their finances and education single-handedly. I almost feel grateful I am single.