A melting pot of cultures: A close look at the five important festivals of Kolkata

Updated : October 18, 2019 12:58 PM IST
A Kolkatan is said to be always young at heart and he or she always loves to celebrate life in all its ethos and pathos.
The 7-day Kolkata International Film Festival has multiple movie segments including Retrospective, Indian Select and Homage.

Kolkata, the City of Joy, is not just a vibrant metropolis, but an emotion, an obsession for the people who live in its precincts. It was the pearl of the British Empire during the colonial times and was bustling with commercial activities that sparked an economic boom in the eighteenth and nineteenth centuries, which in turn created a culture of revelry and an elite class of people who were not only opulent but also magnanimous in their attitude towards life.

This ecosystem of trade and commerce stimulated a growing class of ‘Babus’ (a term which roughly translates to somebody rich and important) along with those Indians who were rich landowners and Zaminders. This amalgamation of variously affluent people fostered the growth of cultural activities, some for the sure purpose of revelry, where people enjoyed in the Mushairas, Jalsas, dramas and theatres. It is said that some Babus of that time kept no stone unturned to show their class, either in organising huge parties or in amassing wealth and spending it. One Babu used to light his cigarettes with a burning currency note, another collected exotic animals like Zebra to drag the family carriage.

Historically, Kolkata has not only been a melting pot of cultural, political and literary movements, it has been the epicentre of numerous festivals too. A Kolkatan is said to be always young at heart and he or she always loves to celebrate life in all its ethos and pathos. This is the very reason why this city is always a fascinating place for tourists who keep coming here repeatedly from various parts of the world.

The city, often referred to as the cultural capital of India, has a wide variety of fairs and festivals. Every religion, every caste, every creed, every community here can celebrate its own festival with equal gusto. A true Kolkatan also attends all festivals notwithstanding his or her own belief or religion. Though some festivals have its own dedicated group of visitors, they also cater to all castes and creeds.

Here is a look at five such important festivals of Kolkata:

The greatest festival of the people of Bengal and it is something which has a connotation far above the narrow and rigid boundaries of a religion. It is a festival celebrating life itself with its display of art, light, bonhomie, food, music and camaraderie. This festival generally takes place in the month of October and what we see today -- the public display of the idol of Goddess Durga in a Pandal-- was actually originally conceived by twelve friends in Guptipara in the Hooghly district, which they did by collecting subscriptions from their neighbours and hence this form of puja is called ‘Barowari’ (from baro=twelve, wari or yari is friendship) nowadays. 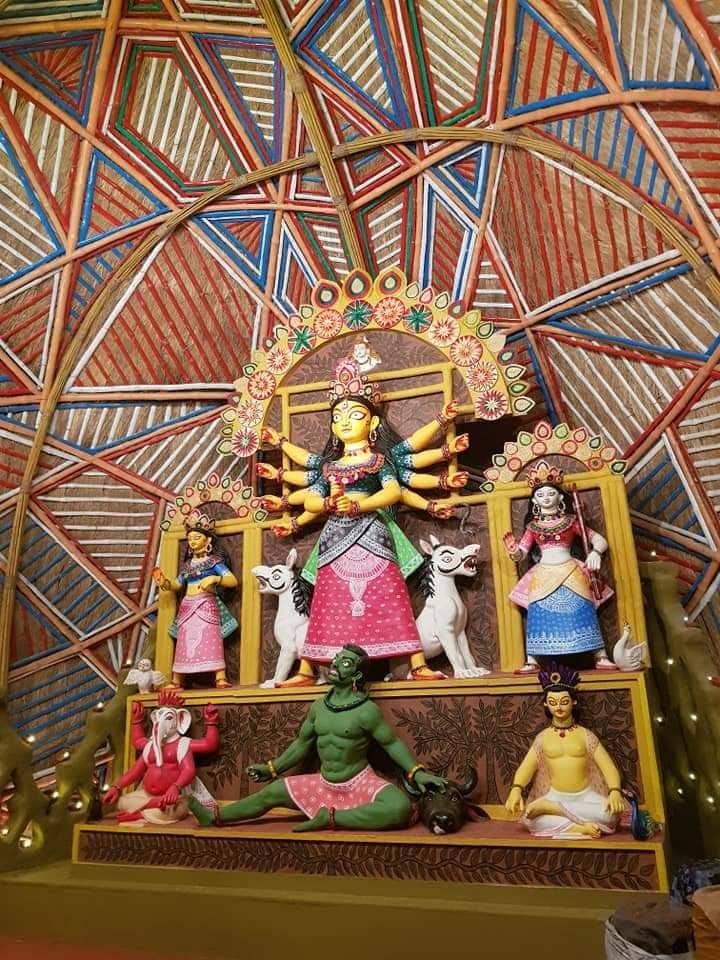 The Durga Puja has now spread far and wide and encompasses all the communities of India and abroad. Not only the famous Barowari/ Community Pujas/Pujos, it is also performed by the families of the erstwhile Babus. Some famous Bonedi Bari Pujos nowadays are Dawn Family Pujo, Khelat Ghosh Pujo, Rani Rashmoni House Pujo, Chhatu Bau Latu Babu Family Pujo etc. (Bonedi Bari again translates to the rich affluent elite class of an earlier time). In fact, a lot of foreign tourists attend this festival and some of them say that they are also fascinated by this concept of the Matri Shakti, the Mahamaya being the power behind everything (the Primordial Goddess is the genesis of all creation according to this concept).

There is a general consensus among the people of Kolkata that the city should be termed as the literary capital of the World; Kolkata is a place for books, authors and readers. Seldom has a place been so full of literary heritage, as has been the case with Kolkata. Some of the greatest men of letters have walked its hallowed grounds. With this background in view, the International Kolkata Book Fair (previously Calcutta Book Fair) was started in the year 1976 (though on a much modest scale than what we witness today) and has now grown to be one of the biggest in the continent. Though it has faced several problems over the years like a fire in 1997, multiple venue changes and protests from environmentalists, it has stood the test of time and every year towards the end of January, it takes place with much fervour and bonhomie. Without Kolkata Book Fair, the city seems a dull place and this festival and celebration of literature draw almost a stampede every year.

Another festival which defines the spirit of the city is the international film festival which takes place in November every year across various venues in this city, but mainly centred at the Nandan/Rabindra Sadan complex. This film festival was started in the year 1995 and witnesses hundreds of films from across the globe. The Kolkata International Film Festival takes place over a period of seven days with an opening ceremony (where an opening film is also shown), with multiple movie segments starting from Retrospective, Indian Select, Homage, Cinema International etc. The whole gamut of films showcased here are an example of the excellence of human creativity. Not only that, the festival also hosts seminars, discussions, quizzes, exhibitions and a variety of other things related to movies. Another winter festival which is close to the heart of many Kolkatans is the annual jazz fest which takes place on the grounds of the famous Dalhousie Institute situated near Park Circus. For all the music aficionados, this festival is a delight and a much-awaited event as it brings artistes from all across the globe to perform over a period of three days. A tourist visiting Kolkata in the winter should not miss this festival.

A whole night of Indian classical music is a boon for music lovers and the mellifluousness of the repertoire which is witnessed at the Dover Lane Music Conference every year is like a celestial rhythm seldom witnessed in this part of the world. The event has a humble beginning in 1952 in a South Kolkata locality called Dover Lane. The eponymous festival is presently held at a bigger venue of Nazrul Manch on Southern Avenue. The festival takes place in January for a few days and there aren’t any maestro left in the Indian sub-continent who hasn’t performed here.