A dose of eco-optimism: Stories of hope and inspiration in 2019

Updated : December 31, 2019 06:04 PM IST
In 2019, we reported stories about communities, individuals and even local governments, all across the country, taking positive action towards environmental and biodiversity conservation.
Two of our staff members won fellowships to bring climate solutions and environmental changemakers into the headlines, boosting our reporting on such stories from across India.
Environment has its moments – the good, the bad and the ugly – and we will continue to report on all of it. We can’t wish away the dark clouds, but we sure can point out the silver linings. Here’s our roundup of the top stories on positive action towards the environment in 2019.

This is probably not the cliché you want to hear after what the past year has been like. Extreme weather events, wildfires, water crises, rampant deforestation, record levels of air pollution, thousands of species heading to extinction and most recently, the failed climate conference – 2019 has seen it all.

However, over the 500 plus stories we’ve done in 2019, we’ve found that there still remains a reason to stay positive. All across the country, there are groups and individuals, working in their own small and big ways, towards conservation and environmental protection. Their stories are proof that there is still hope for our planet, its people and the myriad species we share it with.

The past year saw the rise of youth making a strong case for protecting the planet. With Greta Thunberg becoming the face of youth activism for climate action, the involvement of young people in the global climate narrative became more pronounced. The youngest member of our team, Kartik Chandramouli, headed to the UN climate conference in Madrid where he found that youth participation has witnessed a rise and young people world over are demanding further inclusion in decision-making. Back in India, we interviewed 11-year-old Ridhima Pandey on her efforts to hold governments accountable for inaction on climate change. We met with a young woman farmer in Uttarakhand who’s experimenting with agricultural technology to become a change agent.

Despite the cynicism towards the government, in many cases, state and local administrations stepped up with actions to protect biodiversity. The Chhattisgarh government for example, in August this year, declared nearly 2,000 square km as an elephant reserve, promising to not permit any mining activity.  In Chennai, as the city recovered from a water crisis this year, the city administration along with nonprofits and citizens, have been working to restore the city’s water bodies. In another case of concerted action by citizens, with support from the district administration, the waterways in Coonoor were cleaned up. The budget, another highlight of 2019, mentioned Zero Budget Natural Farming, giving a boost to small farmers like Asha in Haryana who has been practising natural farming in her three-acre farm. This year, we also met some of the lesser-known people working within the system to save our environment – forest guard with the Assam forest department, Dimbeshwar Das received accolades for his work protecting the rhino haven Kaziranga National Park and regional forest officer Seema Adgaonkar worked with Maharashtra’s Mangrove Cell to protect Mumbai’s natural defenders against climate change.

Environmental consciousness was not restricted to national parks and green zones alone as we saw sustainability pop up in urban lifestyles too. As high-end designers turned to sustainable fashion the benefits trickled down to the weaving and associated communities with many reporting better health and higher income. The revival of traditional and climate-resilient grains was seen in an unlikely spacecraft breweries that are mixing millets in their beer recipes.

Two of our staff members won fellowships this year that focussed on bringing climate solutions to the headlines. Kartik Chandramouli won the Climate Tracker/Leonardo DiCaprio Foundation’s One Earth fellowship to highlight local solutions to climate change. Sahana Ghosh won the LEDE fellowship for solutions journalism under which she is collaborating with contributors across the country to highlight stories of women in India who are taking charge of climate action.

As we move towards 2020 on a positive note, let’s take a look back some of the stories that gave us hope, inspiration and warmed our hearts in 2019. 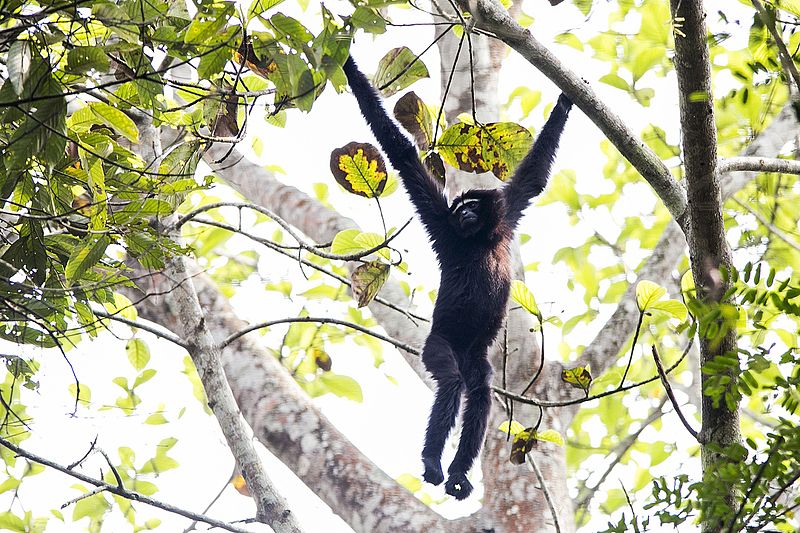 Northeastern India is home to two ape species: eastern and western hoolock gibbons. In several of these gibbon habitats, local people are leading conservation efforts that are deeply informed by local circumstances.

Thanks to a mechanical weed harvester, Ansupa, the only freshwater lake in Odisha, has been cleared of more than 20 types of freshwater weeds. Fishing and tourism have been restored. Watch how the Chilika Development Authority brought back life to this dying lake.

In Tamil Nadu, a village of palmyra climbers has embraced sustainable fishing practices, after realising that trawl nets were destroying the corals that were homes to the fish. 121 species of plants were documented from 69 sacred sites including temples and kattes in Bengaluru. Photo by Steevez Rodriguez/PEP Collective.

As many as 121 species of plants thrive in Bengaluru’s sacred sites such as temples and kattes, contributing to the city’s urban biodiversity, finds a study that suggests that such spaces could enhance the green infrastructure in megacities.

Family plants over 6000 trees in Mumbai and inspires communities

The Athalye family is continuing a two-decade-long tradition: planting native trees in populated suburban Mumbai. They have also set up a butterfly park at Aarey.

In a win for biodiversity, an expert committee of the environment ministry refused to consider a proposal for construction of a highway in Odisha as it would have threatened migratory birds, olive ridley turtles and disturbed flow of various rivers.

Kalanjiam Samuga Vanoli was the state’s first community radio station as a means to rehabilitate communities after the 2004 Indian Ocean tsunami. It continues to help in disaster preparedness and recovery in the region as India’s vulnerability to extreme weather events is on the rise.

Mysore has a city bird atlas to its credit

The Mysore City Bird Atlas has mapped 192 species of birds in the city. About 60 volunteer birders pooled in their time, effort and bird-watching skills. There are about 400-500 bird atlases in the world but this is the first one in India. 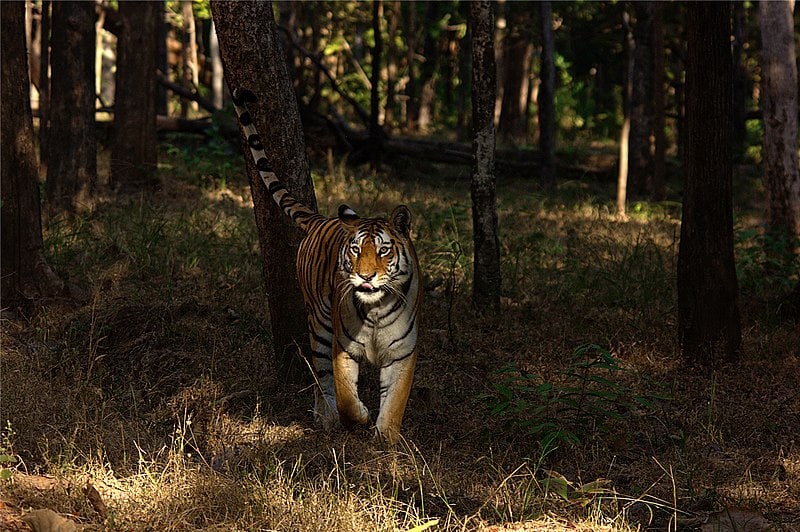 A 2012 picture of a tigress in Pench Tiger Reserve. Photo by Nconnet/Wikimedia Commons.

The lady of Rabindra lake

For two decades, Kolkata’s Sumita Banerjee, a citizen-activist, has mobilising citizens and taking on authorities and rule-breakers to save the Rabindra Sarovar, the only lake in Kolkata enlisted as a lake of national importance.