A century in a barrel: What makes LOUIS XIII one of the world’s most expensive and exquisite cognacs?

Updated : February 24, 2020 08:13 PM IST
Jörg Pfützner, LOUIS XIII’s Private Client Director – South Africa, was in India to take a select group of collectors, connoisseurs and affluent through the making and tasting of the elegant cognac.
It takes 100 years, the work of at least two generations of cellar masters, and the finest of eau-de-vie to blend an edition of LOUIS XIII.
A 30ml peg of the rarest or rare LOUIS XIII Black Pearl can cost about Rs 1.25 lakh, plus taxes, in India.

“The LOUIS XIII cognac you are tasting right now was blended when Charlie Chaplain was still making movies,” Jörg Pfützner puts the mahogany-gold coloured spirit I am staring at, sparkling in a crystal glass, in perspective. The LOUIS XIII Private Client Director – South Africa, who travels the world to introduce the coveted cognac to connoisseurs, collectors and people from the affluent class, was in India last week to do exactly that and stopped by at The Oberoi Mumbai for a spot of tasting sessions.

Just as an aside: A 750ml of Rémy Martin star cognac can cost a few lakhs. At The Library Bar at The Leela Palace, Chanakyapuri, a 30ml peg of LOUIS XIII Black Pearl, one of their rarest expressions, could cost Rs 1.25 lakh plus taxes. A bottle of Black Pearl is said to cost Rs 14 lakh in India.

But LOUIS XIII is not just about the dosh. It is about timelessness, heritage, legacy, about a century. “Money can buy you everything, but it cannot buy you time,” insists Pfützner in a conversation with me. “When we drink LOUIS XIII, we drink four generations of cellar masters’ work. We drink history, we drink pre-internet, we drink the beginning of automobile, and we drink the music of Ella Fitzgerald.” 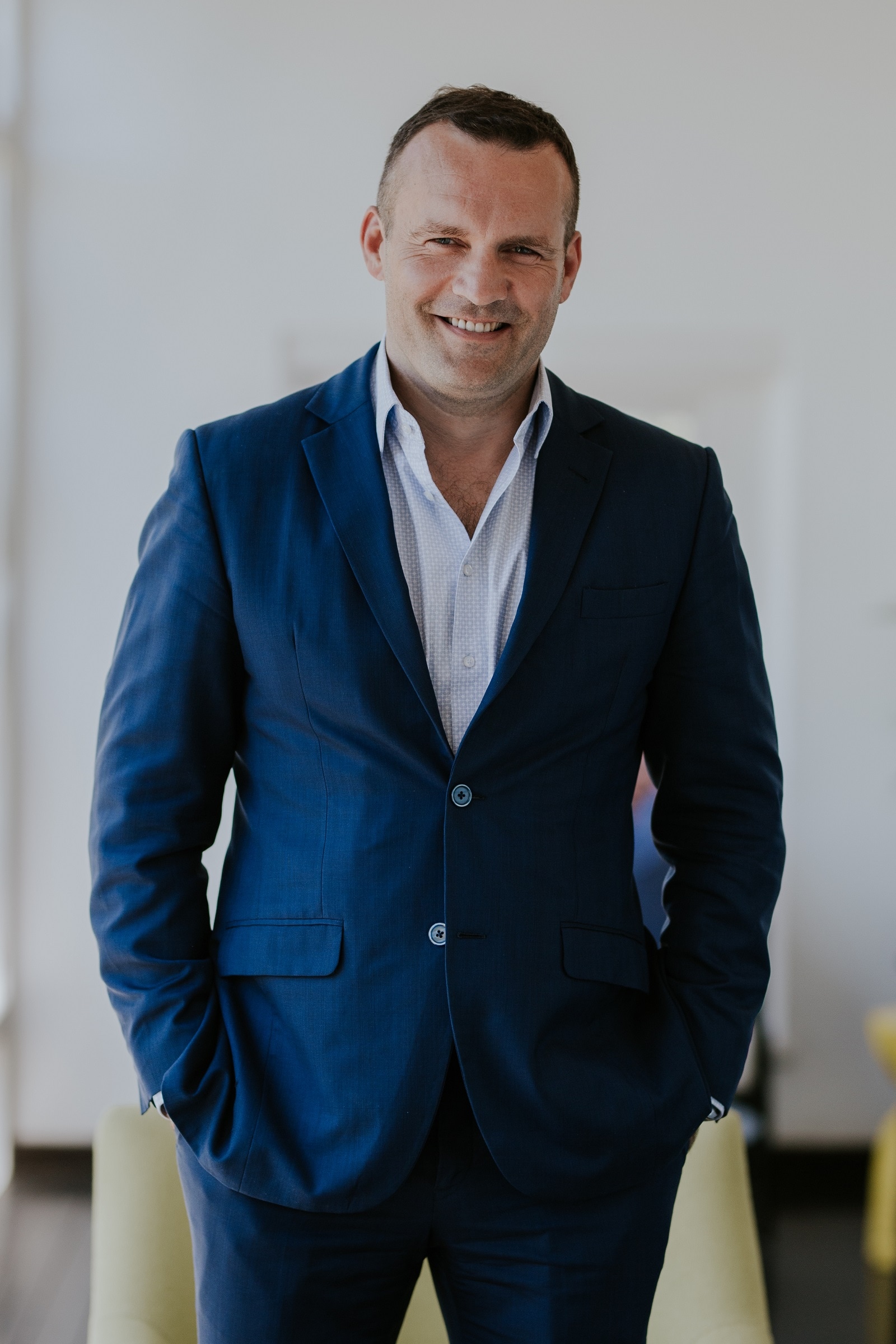 LOUIS XIII is intricate alchemy of up to 1,200 eau-de-vie (French for spirits, literally means ‘water of life’), which have been matured in tierçons (Limousin forest oak barrels). “It takes multiple generations of cellar masters a century to blend LOUIS XIII, and each generation has to be perfectly aligned with the previous one,” says Pfützner. “Our current cellar master, Baptiste Loiseau, is right now in our cellars in Cognac, selecting his greatest eaux-de-vie as a legacy for his successor. He will never taste the fruits of his labour. I compare cellar masters to people who build a cathedral, which also takes 100 years to build. The person who lays the foundation and builds the base will never see the final cathedral.” 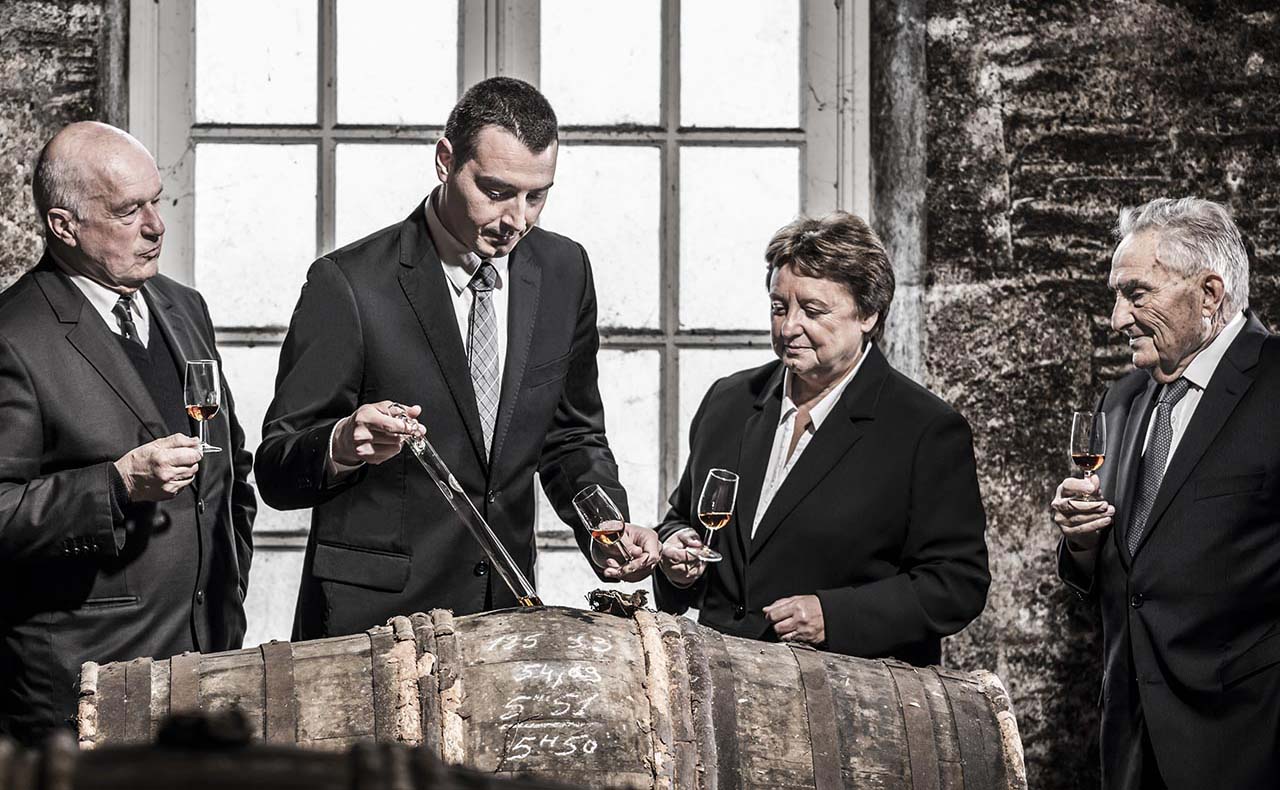 Cellar masters at work - Baptise Loiseau with his predecessors.

In a bid to convey the concept of timelessness and the frustration of their cellar masters, LOUIS XIII collaborated with director Robert Rodriguez on a movie, 100 Years - The Movie You Will Never See starring actor John Malkovich, which envisions earth a century from now. Inspired by the century of careful craftsmanship it takes to create each decanter of LOUIS XIII cognac, the film was introduced at the Cannes Film Festival in 2016. To ensure that 100 Years remains secure until its official premiere on November 18, 2115, the movie is held in a special safe that has no key and no pin code. Instead, Fichet-Bauche, which built the safe, ensured that once the door is shut, the countdown begins and there is no way of opening it until the 100 years are complete. This long century-long wait, in fact, informs several of their special projects, like a music collaboration with Pharrell Williams that was launched in Shanghai in 2017 and will not be released till 2117. The track, recorded on a clay vinyl made using the chalky soil from Grande Champagne, where the grapes for the cognac come from, is again being held in an indestructible safe, except when submerged in water. The project is also a statement on climate change and rising sea levels.

Ever since Paul-Émile Rémy Martin created LOUIS XIII in 1874 as a tribute to Louis XIII, the King of France from 1610 to 1643, using the oldest and most precious eau-de-vie in his cellar that he had inherited from his great-great-grandfather, the cognac has been in the collections of royalty — both old and new. Among them, Nicolas II, the last tsar of Russia, Queen Victoria, King George VI, Queen Elizabeth I (to whom it was served in the Palace of Versailles), and Charles de Gaulle, to guests onboard the luxurious Orient Express on its inaugural run from Paris to Istanbul in 1883, and modern-day fans such as Barack Obama and Leonardo di Caprio, besides a host of musicians, poets, entrepreneurs and artists. Pfützner informs, “Within two years of introducing the luxury cognac, Paul-Emile began exporting it across the world — first to Shanghai in 1880, then to the African continent in 1881 where the first client was a woman. Currently, we are looking for information of when we arrived in India and who was our first customer, but we do know that it was in the early 1900s.”

Ugni Blanc, the grape variety that goes into the making of LOUIS XIII, is grown in the fertile region of Grande Champagne, the medieval heartland of Cognac where the limestone-rich soil is chalky in texture. The temperate climate of the region is perfect for the vines and its soil soft enables the roots to penetrate deep down.

The classic LOUIS XIII crystal decanters with 24-carat gold neck are delicately crafted by over 11 artisans from crystal makers Baccarat with the same precision used to create French haute couture. They are hand-blown and individually numbered; the one which Pfützner had with him was numbered 4860 at the bottom. “The design is inspired by a royal flask used almost half-a-millennial ago,” he says. 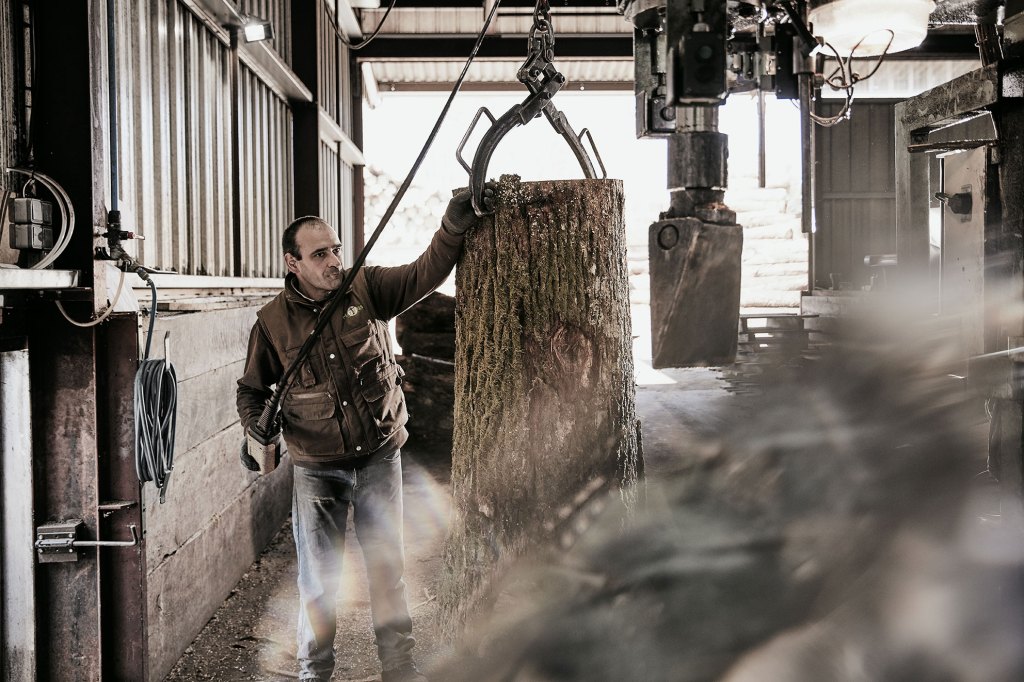 The nose and the notes

A tasting with Pfützner is said to be a once-in-a-lifetime experience as he expertly guides guests through LOUIS XIII’s history. He uses a custom-made pipette to extract the spirit from the decanter, releasing it into bespoke crystal glasses crafted by French designer Christophe Pillet, which look like a sunflower from within when cupped with both hands. He asks me to take a little drop on my lips and smack them; the explosion of aromas in the mouth and throat is almost immediate. 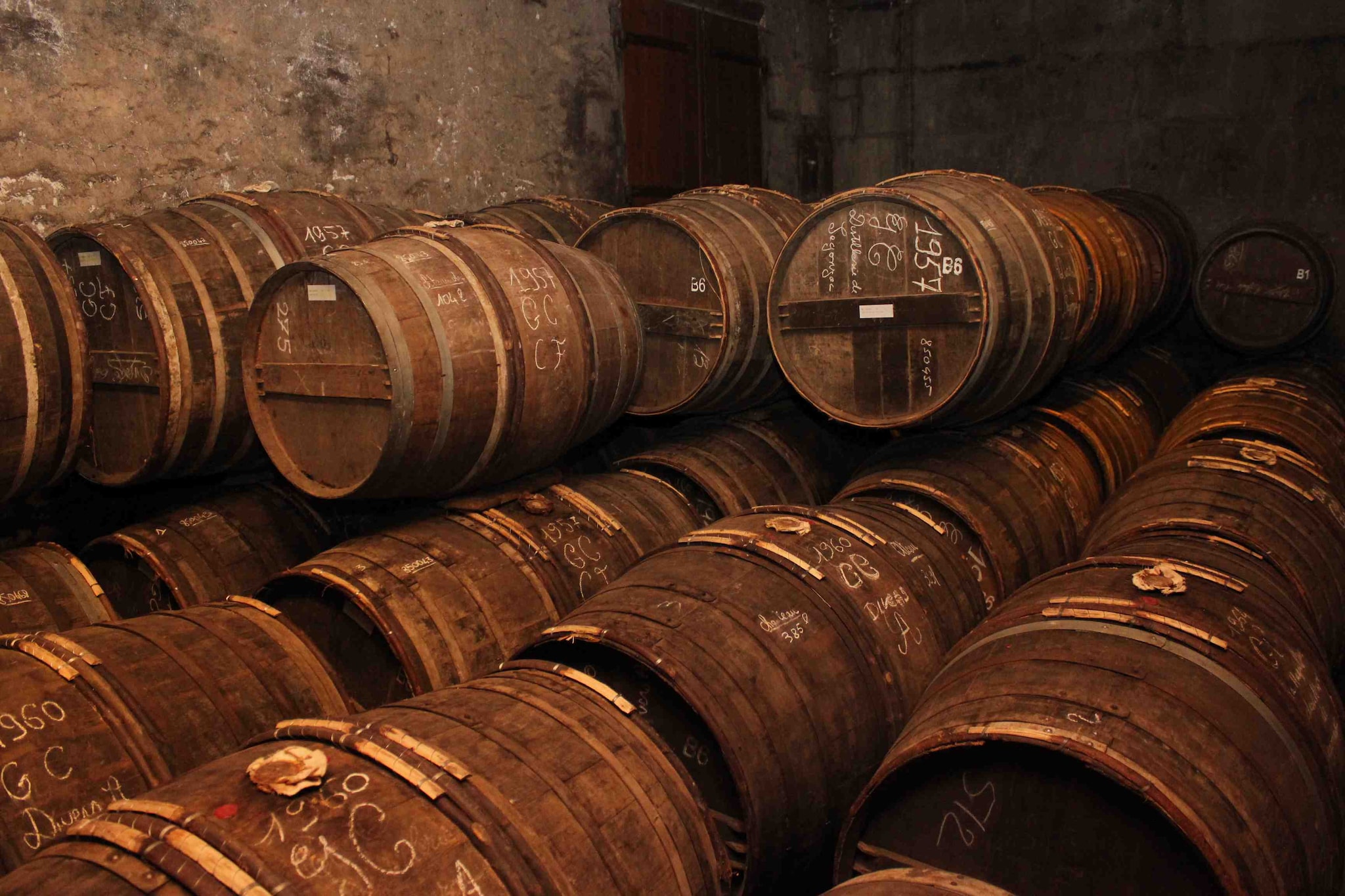 “The nose is floral, full of roses and jasmine. The intense aroma is almost opulent and rich, with a scent of spices and honeysuckle. And yet on the palate, LOUIS XIII is smooth and lush, a result of the 100 years of maturation and the fine eaux-de-vie.  The tasting notes range from spices, cinnamon, to figs and even baked apples,” rhapsodies Pfützner, asking me, “What do the scents remind you of?”

“A bakery or a chocolaterie, or a blend of both maybe,” I say.

On the second sip, the notes are sweeter, of honey and burnt orange. The finish is long “and the lingering aftertaste is of Guchchi mushroom”, says Pfützner, apparently a fan of the fungi that grows in the Himalayas. “Baptiste always says you need to open your mind and heart when you drink LOUIS XIII and you will connect with the memory of your childhood.”

An expert taster can encounter 200 different flavours in a glass of LOUIS XIII. This special cognac is like a fragrant perfume, incredibly rich with a smooth texture with hints of chocolate, honey and juicy fruits, and a taste that will last for hours. 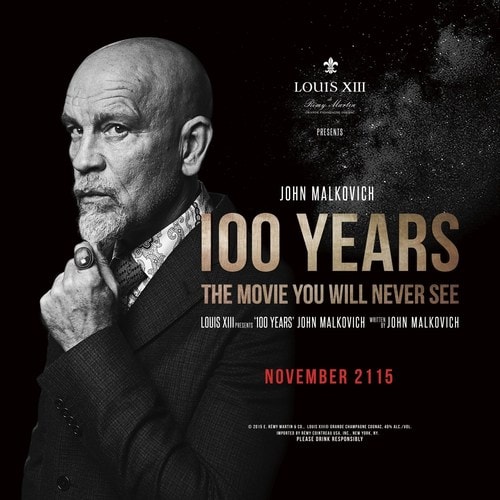