A celebration of Indian arts amid the coronavirus pandemic

There was no better way to usher in India's 74th Independence Day, than by attending a Freedom Concert with  Sarod Legend Ustad Amjad Ali Khan. Thanks to the Indo-American Arts Council, there was no need to rush to theatres, nor hunt for parking space. In fact, the maestro appeared virtually in every home and mesmerised them with Vaishnav Janato and Ram Dhun, followed by Raag Darbari composed by Mian Tansen in the 15th century. The musical riches included Aeyri Sakhi composed by Hasrat Amir Khusro in the 13th century. Indeed, these are the events that give New Yorkers much joy in a world that is fast slipping out of our grip: A world-class music concert, a major dance festival, a film festival are the delights of must-see events on our summer social calendar. In the years gone by, each of these were a much anticipated real-life event, with crowds meeting their friends and rubbing shoulders with celebrities. Here we share the past memories and how each event has been reborn or reinvented this year.

A major attraction in the Big Apple has always been IAAC’s New York Indian Film Festival, held over several days in summer and the main attraction was always the films, panels and after-parties. This is the first year that the festival has been virtual but the excitement has been maintained with some great films and unusual panels which you wouldn’t get to see anywhere else. So you had Mira Nair and Kal Penn from ‘The Namesake’ discussing the late, great Irrfan Khan with film festival director Aseem Chhabra who also later conducted a lively interview with the inimitable Manoj Bajpayee.

There was a rich array of independent features and documentaries. ‘Moothon’ won the best film award while Best actress winner was Garggi Ananthan from ‘Run Kalyani’ and best actor was Nivin Pauly for ‘Moothon’; the best director award was bagged by Achal Mishra for ‘Gamak Ghar’, and the best documentary was Vibha Bakshi’s ‘Son-Rise.’ The good thing is that unlike a live show, the virtual ones go on forever – there is a chance to catch the films days after the event, to introduce new people to them and unlike a live show, the moment lives on forever.

In fact, virtual film festivals are going to be the new normal as film festivals try to reinvent themselves in a very different world. Seven South Asian film festivals based in the US and Canada have decided to combine and have one big virtual festival in October. 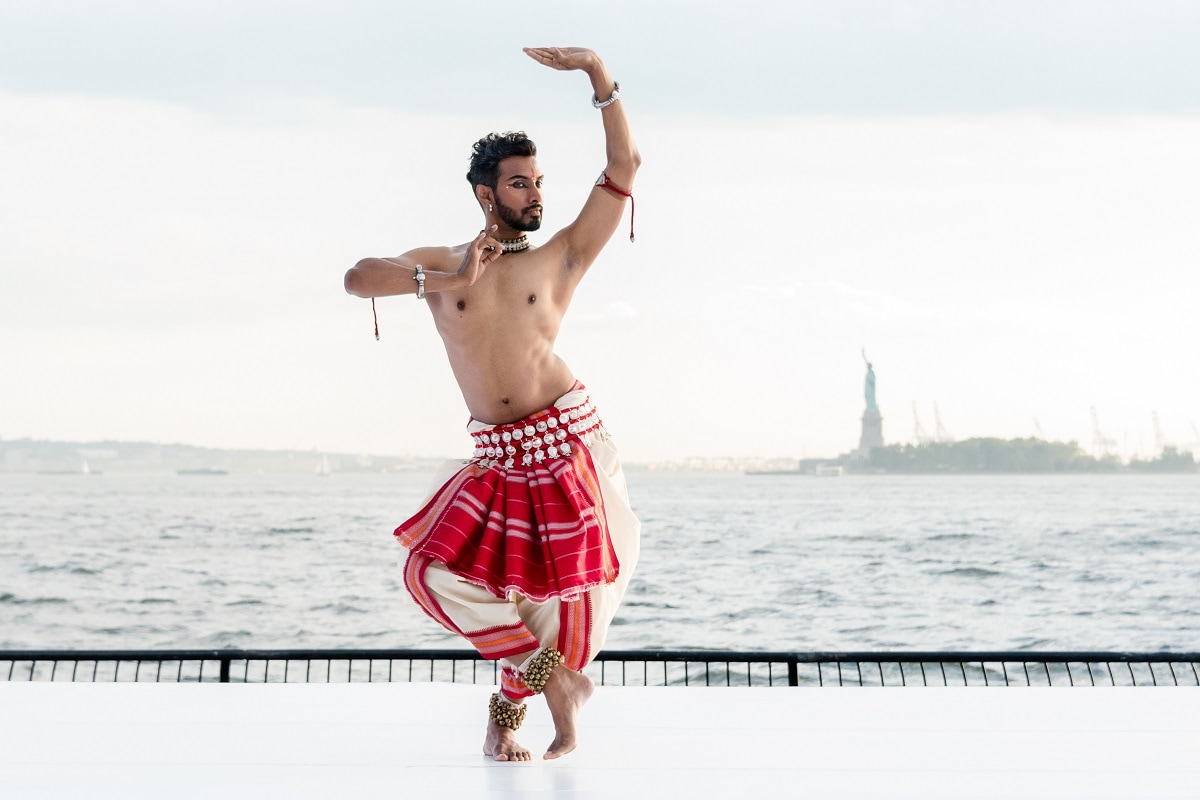 Speaking of dance, one cannot help but think on Independence Day about the India Day program of the annual Downtown Dance Festival initiated by Jonathan Hollander, director of the Battery Dance Company.  Every year on Independence Day scores of Indian dancers from all disciplines turn the Wall Street area into a Little India with dancing feet and draw thousands of people from all over. The Battery Dance Festival is New York City’s longest-running free public dance festival. Each year, the Festival draws a combined audience of over 12,000 people.

“Everyone is feeling the absence of live performances, the interaction with audiences that feeds performers.  The consequence in loss of income and human engagement is incalculable,” says Hollander who has a long history with India. “On the other hand, we never would have been able to have such a varied, robust and scintillating program of Indian dance without the opportunity to 'go virtual'."

In fact, this festival was a nice blend of the real and the reel, as they were able to record both Sophia Salingaros, Bharatanatyam dancer,  and Sutradhar Rajika Puri on the stage at Wagner Park facing the waterfront and the Statue of Liberty. This is the first and only such filming that has been done in New York City since the pandemic hit in March.  Says Hollander, “Battery Park City Authority worked with us to establish safety protocols and to help us in every way to cover the expenses and logistical hurdles involved.”

As every year, live performances on the beautiful New York waterfront had been planned, but once the pandemic hit, Hollander says, “ We had to pivot quickly and with the help of Rajika Puri, my co-curator, we discovered magnificent artists and forms that I hadn't known -- Theyyam and Koodiyattam especially, Pradeesh Thiruthiya and Kapila Venu respectively -- as well as the opportunity to show new films made especially for us by Bijayini Satpathy and Sreelakshmi Govardanan and Santosh Nair and Sooraj Subramaniam.  Aditi Mangaldas contributed a beautiful and heart-felt montage and Aakash Odedra shared a glimpse of the new products that would have toured internationally were it not for the pandemic.”

So with the wizardry of technology, Hollander was able to continue the tradition established in 1993 of celebrating India’s Independence Day by devoting an entire Festival program to the many avatars of Indian dance. This was seen on YouTube and is available to viewers for 10 days after the premiere till August 26th. The great thing about virtual programming is that people in India and the US will be able to watch and don’t have to trek to Manhattan to see this rich array of dancers who are from both India and the Indian diaspora. 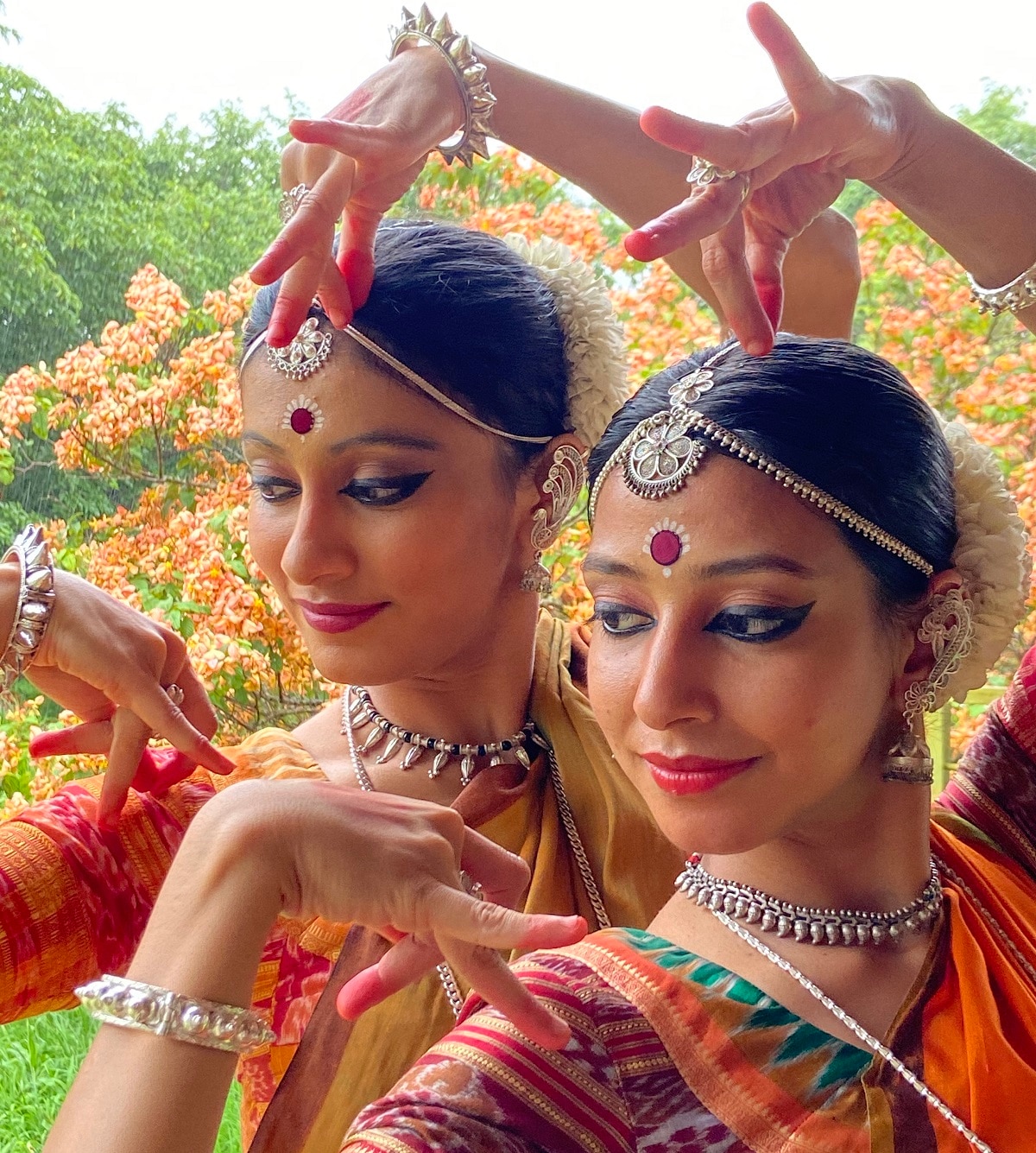 The dancers from different parts of the world included Aakash Odedra and Hu Shenyuan from the Aakash Odedra Company in the UK, presenting a preview of their new production ‘Samsara. Drawing on thinking and imagery at the heart of Buddhist philosophy, Samsara explores some of the 81 obstacles and 6 states of mind that can hold us back.

The other dance companies include Aditi Mangaldas who presents Amorphous –The Zero Moment in contemporary Kathak; Pradeesh Thiruthiya from India showcasing the world premiere of Theyyam; Sadhya Dance from India with the world premiere of Grapple; Sooraj Subramaniam from Australia and Belgium show Two Minutes of Movement, a contemporary work. There’s also Sopha Salingaros from the US spotlighting Shambho Mahadeva, a Bharatanatyam performance of Lord Shiva’s celestial dancing imagined in the story of the birth of the Ganges River.

Still, what one wouldn’t give for a moment in the sunshine actually watching these performances on the waterfront, facing the Statue of Liberty; or seeing films with friends in the old downtown theatre, drinking white wine and smuggling in samosas. These moments will surely return – we just have to watch and wait, and of course, continue to wear our masks!