Updated : November 09, 2018 10:10:28 IST
Colombe d’Or is a hotel that has offered food and lodging for artists for ever.
I am stunned by the seventeen religious paintings drawn by the master hand of Matisse.

South of France is not meant for budget travellers, we were told. It’s for movie stars, and Lamborghinis and Rolls Royces. Haven’t you seen the pictures from the film festival at Cannes? A salad will set you back half your holiday budget!

But when the Eurorail curves around the hills and shows you the first glimpse of Cannes, you forget everything. The sea is the bluest (or is it the greenest?) you have ever seen. The place looks perfect. I decided that the stop is going to be worth going hungry for. And not just Cannes, I’m going to add Nice and Marseilles too.

Didn’t they say pilgrims went hungry for days? We decide we are going to buy fruit at the supermarket if we are hungry, perhaps even cup noodles (sometimes the baristas at coffee shops will give you hot water for free). The Left Luggage room at the train station is a fantastic thing. We walk around the little city dressed in black, pretending to be living the Instagram life, taking selfies in front of Lamborghini Gallardos. Pretending to be part of the jet set on the Croisette does not feel right. There should be more, no? When I spot a poster of a Helicopter ride from Cannes to Nice, I get the phone to work. It is 35 minutes away by train. And the tickets are from one euro. Before we know it, we are in Nice, looking at the masterpieces of Marc Chagall and Matisse at the twin museums. This is simply marvelous. Chagall’s museum had some installation work going on so we were allowed to see only his permanent pieces. I used to think I had seen enough art with religious themes at the Uffizi galleries, but I was wrong. I was moved to bits by this impressionist master.

And Matisse? Everything one has dreamed of ever since the art teacher spoke of the magic of cutouts is there for your viewing pleasure. Wall after colour filled the wall with what is known as the Jazz series. It is so stunning, you gasp at the beauty. Matisse’s line drawings grace the walls. You walk around the museum stunned. Even your stomach - it has been empty since last night -  forgets to growl. You are awarded a double bill because Picasso also gets a place here. But I’m fascinated by the cutouts and the magical shapes created by Matisse. Drawings by French artist Henri Matisse are displayed at the Heard Museum in Phoenix, US. Photo Credit: AP.

When I stop by the water fountain outside, I overhear an argument. The older lady wants to go to the Matisse chapel and her husband doesn’t. Matisse chapel? Could I come along? The husband is happy to drive us as long as he doesn’t have to see one more painting. I tag along and I don’t regret it at all. The Matisse Chapel or the Chapelle du Rosaire de Vence is up the hill from Nice, in a small town called Vence (23 km away). I don’t care how I’m going to get back to friends who have decided to take a chance at the Youth Hostel near Nice. I am stunned by the seventeen religious paintings (should I say walls?) drawn by the master hand of Matisse.

The bright blue makes its presence felt in the glass in the church. I lead my new friend Gloria to see the 17th painting by Matisse, by the confessional. We both stare in reverence, tears streaming down our eyes. We hope we have been forgiven for our various sins. We come out of the chapel touched by something mysterious, something wonderful.

My stomach growls and I am embarrassed. Gloria and her husband are too polite to mention it, and I get a ride down at the bus station. I tell them about one more gem at Vence and they look surprised. I promise to show them more art at Colombe d’Or in the morning, and they agree. I spend the night at the bus station, dreaming of the man dancing with the stars, the colours of music and the blue nude by Matisse.

Colombe d’Or is a hotel that has offered food and lodging for artists for ever. And they, in turn, offered their paintings. All the paintings are lining the walls even today! It’s a beautiful, brick building and I meet Gloria and her husband there. They have spent the night at the hotel not knowing in the dining room there are paintings by Picasso and Matisse and yes, there’s a Miro on the walls too. It’s the most incredible thing I have ever seen. Breakfast with the masters. I am invited to share their breakfast and they won’t let me pay. Gloria is happy with a sequined (Mukkesh work) dupatta I have with me as a gift. It reminds her of the man with the stars too. 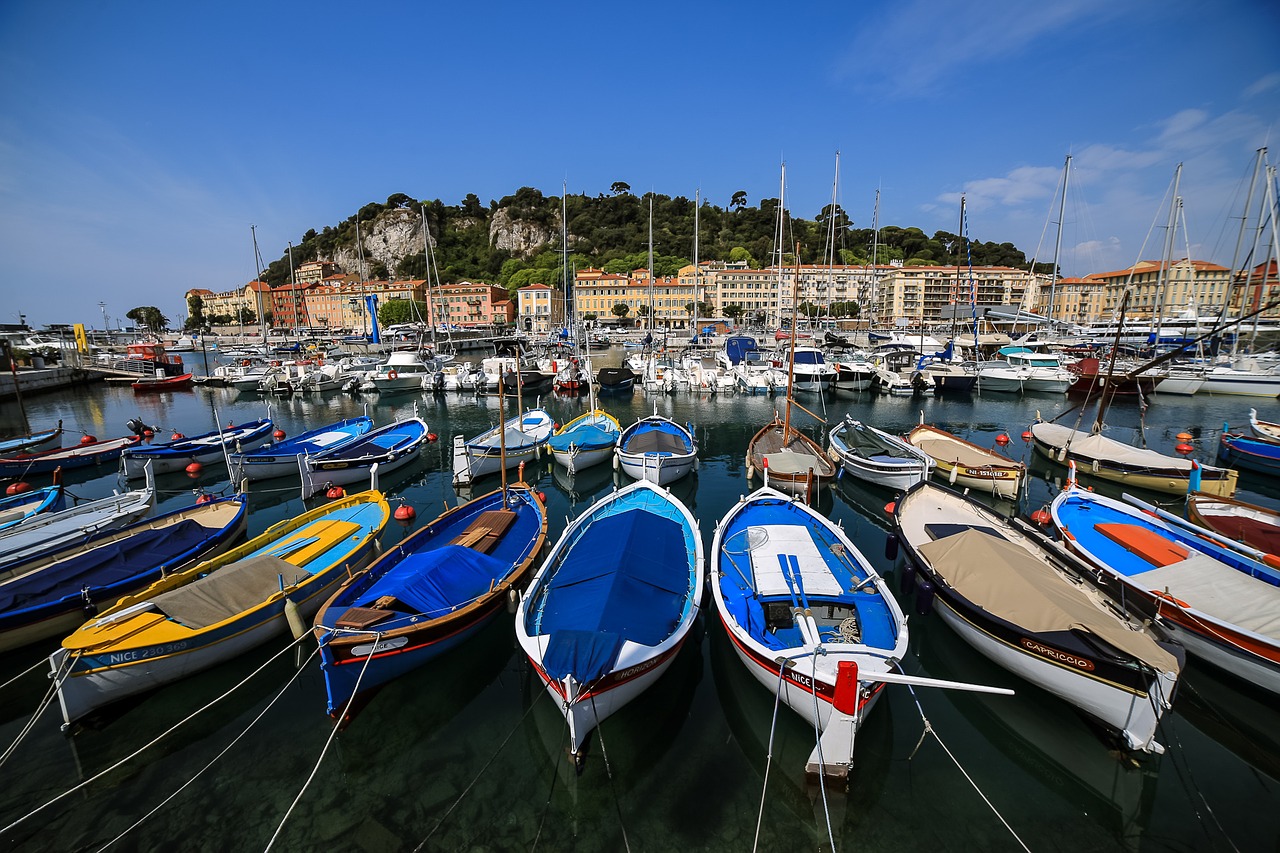 Her husband grumbles again. Gloria wants to go to the Chanel parfumerie in Grasse. He cannot stand the strong smells at all. I tell him to wait for her at the Lebanese shawarma places as she discovers the May roses that are grown by the Chanel people for the most famous perfume in the world. How do I know about that? The entry to that place is steep, and so are the prices to make your own perfume experience. Gloria chokes over my tale of bribing one of the locals to let us climb his ladder to peek into the Chanel gardens, and see an entire awesome hillside of the pinkest, most fragrant roses one has ever seen. My phone buzzes, friends are wondering where I am. ‘Having coffee with Miro,’ I answer, take leave of fellow travellers who like me were discovering Matisse’s blue was bluer than the Riviera seas and sky.