A beauty Show by Stefan Sagmeister

Updated : November 02, 2018 09:06:17 IST
This is not the first time that Sagmeister (an Austrian who calls New York his home) has shaken normative concepts.
At the exclusive preview of the Beauty Show, the man with two Grammys had ruffled, unnerved, perturbed, shook ‘beauty’ - even antagonised the ones who have long cherished the third century idea of beauty lies in the eyes of the beholder.

Beauty lies in the eye of the beholder.

“This is the stupidest thing ever said. This idea is absolutely silly. Beauty does not lie in the eye of the beholder. There are things that all humans find beautiful. It is proven. Scientifically proven.” Sitting on a brown chair in Vienna’s Museum of Applied Arts, I listened goggle-eyed as Grammy award-winning graphic designer Stefan Sagmeister banjaxed the long-held notion of beauty being subjective.

I was at an exclusive preview of Beauty, a new show at Vienna’s MAK Austrian Museum of Applied Arts where wearing a blue tee and black trousers, New York-based Sagmeister was throwing science, anthropology, emotions, psychology, surveys into a contemporary cauldron to ascertain that beauty has a definite form. As a rule of thumb, there are 25-50 percent of things where there is an agreement that it is beautiful. Period. No debate. No arguments. No personalised interpretation. “A brown rectangle is ugly. A circle is pretty. Blue is often considered the most beautiful colour. We found this in surveys across the world. The answers are more or less the same. Beauty is not subjective,” the man who has done album covers for Rolling Stones (Bridges to Babylon), Talking Heads (Once in a Lifetime), Aerosmith (Nine Lives), thumped as his silver-toned voice settled on the Museum’s Corinthian columns.

From ‘ugly’ brown rectangles, Sagmeister hurried back to the Stone Age with an image of a stone axe popping on the luminous screen. “The axe would have served its purpose even if were ugly. But this spherical axe is pretty. Symmetrical,” he argued further with an everyday example of how almost everyone is happy in New York’s Grand Central Station and the mood in Penn Station is always ‘grumpy’. A sweeping statement, but Sagemeister is utterly convinced. A neon definition of beauty in Vienna’s Austrian Museum of Applied Arts.

“Beauty literally started in the Stone Age, continued till the beginning of the 20th century. Then, it kind of stopped. Roughly in the last 100 years, we got rid of beauty,” Sagmeister drew a timeline for the death of beauty. But he is not ready to sing a requiem. Not yet. “I am aiming to eradicate the tired notion that beauty is in the eye of the beholder. Because it’s not,” he thumped again as I walked with him to the entrance of the Museum where his Beauty installations would greet the visitors until March 31, 2019.

Hanging from the ceiling are 280 white inhaling-exhaling garbage bags. Bags breathing in and out with utmost rhythmic precision. A peacock that will not barter its inability to fly with fewer, uglier plumage. Downstairs, Plato’s concept of ‘If it is good it has to be pretty’ and ‘Ethics = Aesthetics’ protrude from the white walls as metal calligraphic one-liners. Behind hardened glass are countless Stone Age axes repeating Sagmeister’s notion that beauty began in the Stone Age. On a blue wall, photographs of a pretty woman interpret beauty in its myriad forms. 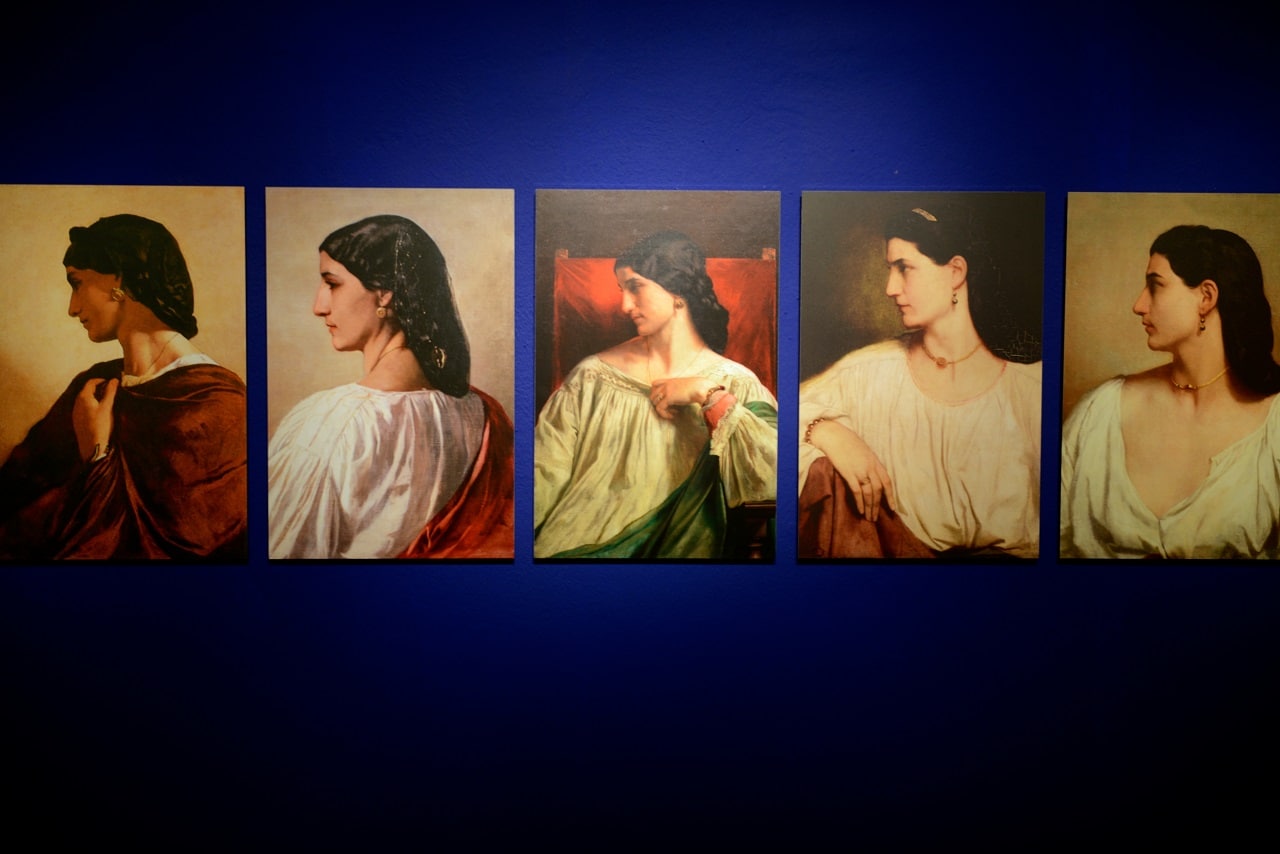 An installation for Stefan Sagmeister’s Beauty Show that opens on October 24, 2018, in Vienna.

“The antithesis of beauty is not ugliness, it is carelessness,” the award-winning first name of the Sagmeister & Walsh team uttered;  he hopped, skipped over wood and nails as the workers drilled the last dowel for the Beauty show.

This is not the first time that Sagmeister (an Austrian who calls New York his home) has shaken normative concepts. In his Happy Show, he deconstructed happiness and investigated everything from meditation to mood-altering drugs. In 40 Days of Dating, ‘dating’ was peered into differently. At the exclusive preview of the Beauty Show, the man with two Grammys had ruffled, unnerved, perturbed, shook ‘beauty’ - even antagonised the ones who have long cherished the third century idea of beauty lies in the eyes of the beholder.

A moment with Sagmeister can stockpile questions. I walked out of a large wooden door of MAK, Vienna, and the autumn leaves wailed under my red shoes. The dry leaves have to forgive me. In Vienna, I was too tangled in Beauty. Not to decode it. To see it. To understand it. To enfold it. To fill the angst-ridden orb with beauty. The Beauty Show by Sagmeister & Walsh was started on from October 24, 2018, and will continue till March 31, 2019, at MAK Austrian Museum of Applied Arts / Contemporary Art.