3 Music Therapists on How Indian Classical Ragas Can Heal

Music has an inherent power not just to entertain and uplift but also heal. Three musicians tell us how they are using this power to help children and adults.

We are intrinsically a creative race and the digital world is part of that creativity, says clinical music therapist Stuti Chandhok, who sees no conflict between the exalted, spiritual world of art and music and the rush of modern, hyper-connected lifestyles. “Art is and will always be relevant. How we use technology depends on us,” says Stuti, founder of the Madhur Mann Music School in Delhi and Gurugram. 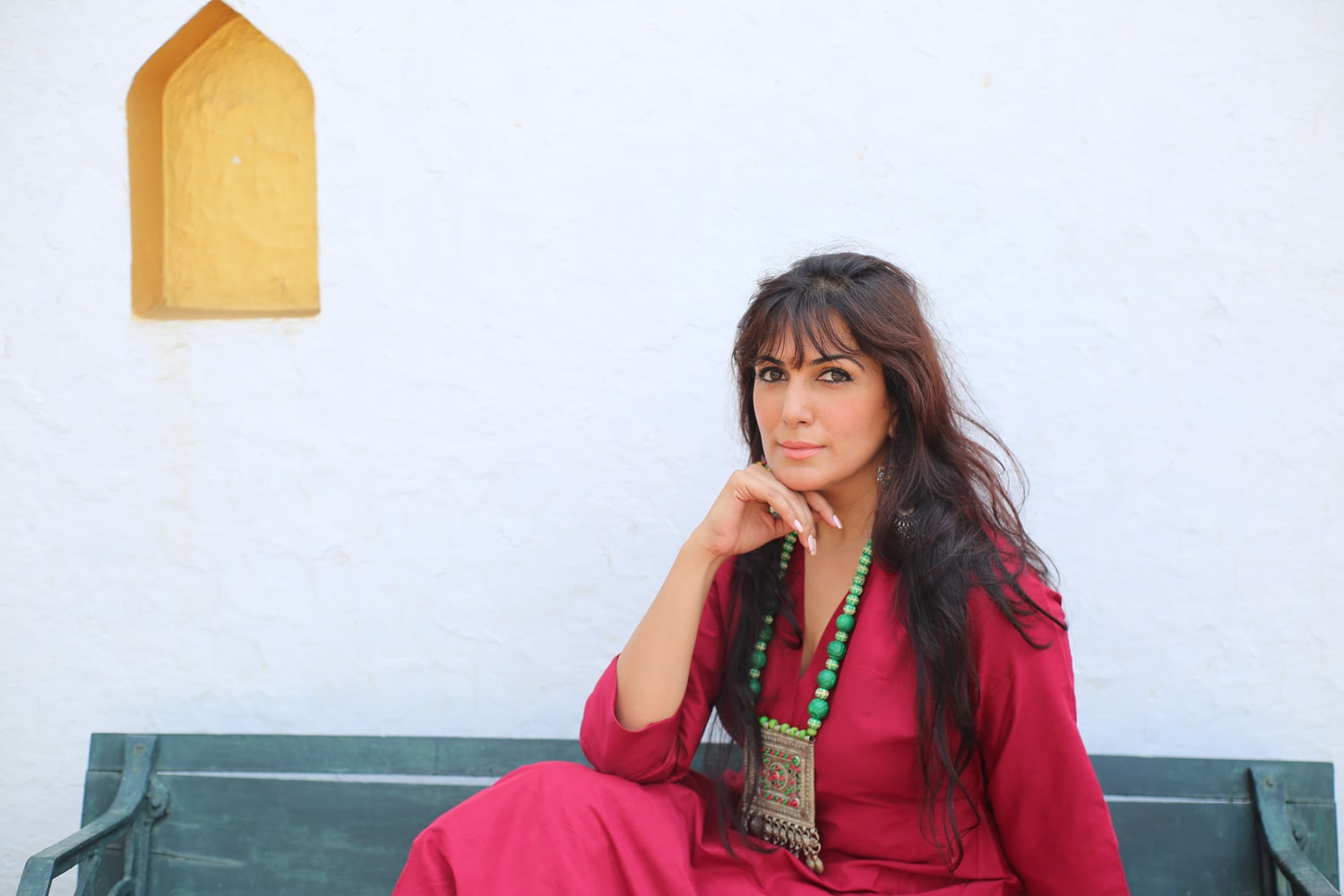 Belonging to a family of music lovers in Delhi, Stuti Chandhok trained in Hindustani classical vocal music before starting out on a career in education. “Life is about constantly evolving and the degrees of awakening get brighter,” she says, looking back at how, even as a young woman, she constantly sought purpose in everything she did.

As a music therapist and teacher to young children, Stuti has learnt to harness music’s inherent power to heal. “To learn or perform anything new, one has to be completely in the present moment. Furthermore, when one sings, the breath plays a very important role. To be in the present focusing on the breath is meditation. Through that to then create music and offer it to the universe elevates the spirit – that’s my ever-deepening relationship with music and my spiritual growth,” she explains.

According to Stuti, who has her own YouTube channel, music is an instinctive way to express emotion. “Words can limit the magnitude or depth of the emotion,” she says. “When we are troubled, recognising and expressing our inner world can be challenging. Music in its most natural way helps our feelings be heard. That in itself helps one feel acknowledged and stronger. A burden of emotions is lifted off and thereby one is ready to face the situation.”

At the same time, she cautions that the issues addressed or the changes one hopes to see in behaviour, in thinking and in our life state are part of a continuous process. “Our inner lives are in constant change since it is the nature of life. Thus it needs constant work and addressing,” says the single mother of a 20-year-old daughter.

Stuti has created activities for children using music in a way to encourage turn-taking and respecting one another. “It helps increase focus and builds confidence. I have seen how children who stammer find social contact challenging. Music is very beneficial for them,” she avers.

“I try to create value in everything I do,” says Stuti, following in the footsteps of her mentor, Daisaku Ikeda, a Buddhist teacher and humanitarian. “Not everyone is fortunate enough to make one’s passion into a successful profession. Life can be blissful when that happens,” she signs off.

A stalwart in Indian classical music, therapy, rehabilitation and counselling, Meenakshi Ravi says humbly, “Music has been my breath. It is an integral part of my life; not a day is spent without singing and teaching.”

Born to a family of musicians and raised in Mysore and Bengaluru, Meenakshi began learning Carnatic music at age three. A bright student, she took a keen interest in psychology even in school. With a Bachelor’s in English literature, a Master’s in social work, and several years in the development sector which opened Meenakshi’s eyes to the other side of life, she began working as a gazetted officer in the Karnataka government. However, the hypocrisy and rampant corruption in the system left her embittered, and she gave up her job. She then became a trainer for anganwadi workers and began using music to heal and help them in caring for rural women.

Along the way, she got married to a professional musician and went through a trying time in her new joint family setup. Even then, music was her succour, and she went on to complete her Master’s in music.

Armed with the necessary qualifications, she was hired by the Karnataka State Advisory Board as its family counsellor, and helped set up 18 counselling centres across the state as part of her work. “I would listen to all their problems, and would always find the meaning and all answers in music,” says Meenakshi, who now has two children and two grandchildren.

Meenakshi set up her Meera Music School in Bengaluru in 1987, along with her work as the State’s family counsellor. She also started work on her PhD based on the psycho-social profile of women with marital discord and counselling intervention, which she was awarded in 2002.

“I use music to address non-musical goals in five to 22-year-old youth; it is used as supplementary intervention for psychological and neurological issues including autism, ADHD, schizophrenia and so on,” explains Meenakshi, who has done individual therapy for over 80 special-needs children in the past few years. 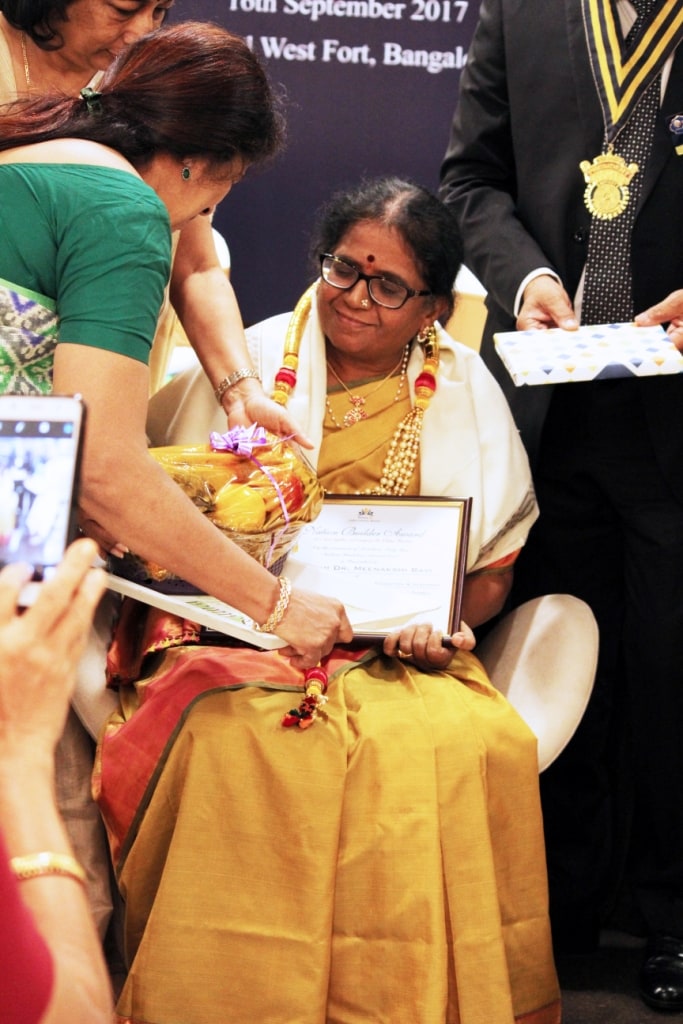 She mentions the case of an 11-year-old boy with cerebral palsy, diabetes, hearing problems and blindness. No other music school would accept him. But Meenakshi started teaching him shlokas, bhajans and other music lessons personally. Today, her student is 23 years old, holds a diploma in music, and teaches music at a school for the blind.

“Such is the power of Indian music therapy. Classical Indian music is not just entertainment; it is a higher cause. But to take this to the global scenario, we need evidential proof. We need to make it a science, the way it is practised in countries like the US,” says Meenakshi, who has devised a teaching module based on psychological and social aspects. She also conducts family music therapy sessions, and shuttles between Bengaluru and Hyderabad.

“I become one with the music whenever I sing; there is an elevation to another level,” says Meenakshi, who has managed to combine both her disciplines – music and psychology – in her service to society. Her students are all the richer for it.

Music was till around 15 years ago a silent yet persistent and powerful ally to Nithya Rajendran’s spiritual journey. She was born into a musically endowed family – her grand-uncle is famous for his musical compositions for over 500 ancient Tamil poems called Thirruppugazh, her mother is a gifted singer and music teacher, and she has numerous relatives who are either musicians or connoisseurs.

It was no wonder that the Chennai-raised girl won numerous accolades in her school and college years at various state and national competitions, and grew up to give performances at prestigious platforms around India. 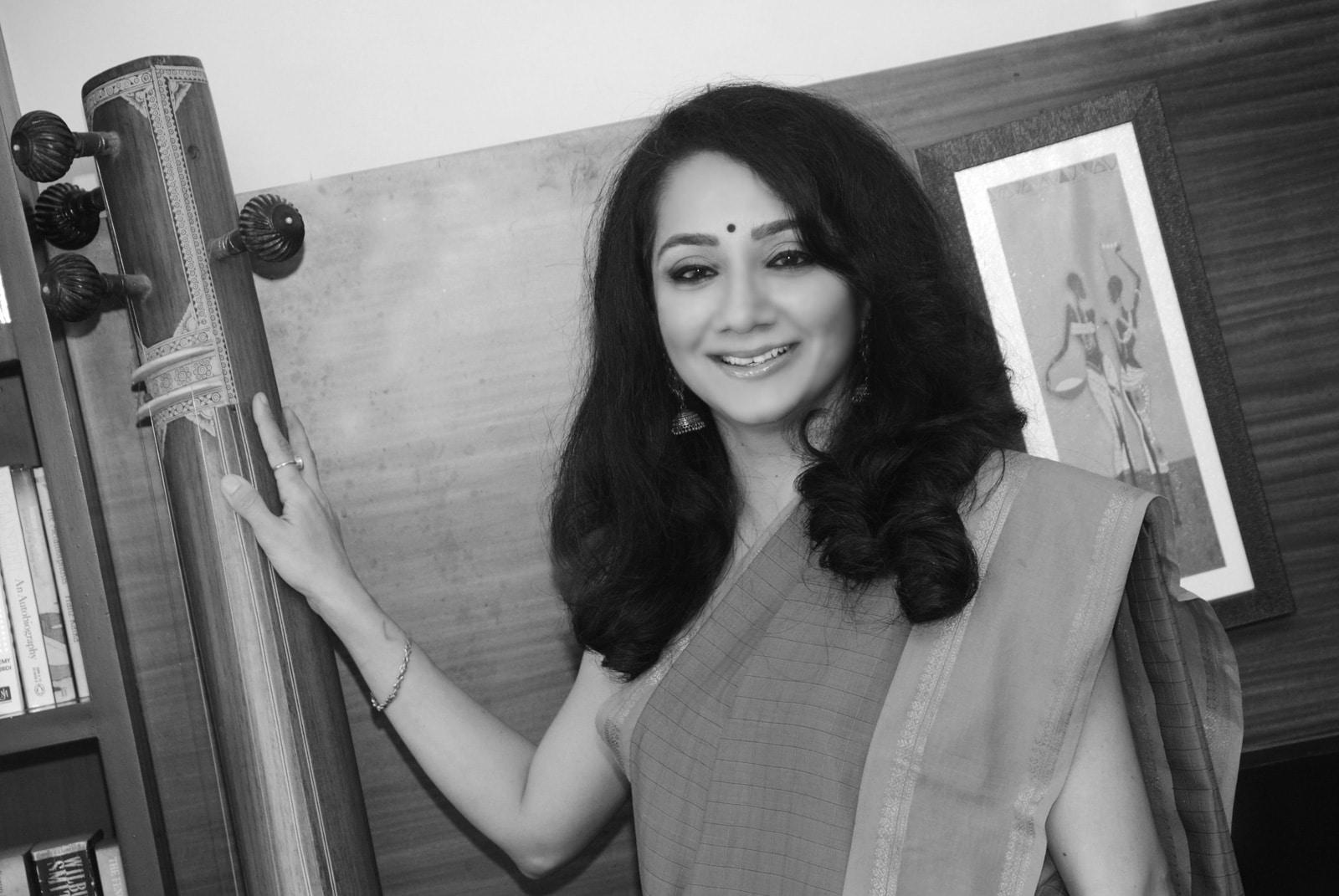 Ironically, it never struck Nithya – who had worked in advertising and photography – to take up music full-time till life prodded her over a decade ago. “Challenges came in different forms in my life,” she explains, referencing her struggle with debilitating anxiety issues including an eating disorder, agoraphobia, career and financial uncertainty, and a sense of peer alienation in her earlier professions.

“Despite outward success, I was still very anxious and unhappy within. They were very trying years,” she admits in retrospect.

Slowly but surely, Nithya edged towards eventually taking up music full-time. “One of my gurus one told me, ‘If you don’t do justice to music, you will feel a dagger in your heart at age 80. And you can only blame yourself for putting it in.’ Those words stay with me,” she says.

That’s when she set up Music Vruksh, an umbrella of learning through which Nithya teaches music, conducts workshops, lectures and concerts. Music Vruksh reaches out to anyone in distress, from working mothers, new mothers or teenagers to older people with physical or mental ailments.

According to Nithya, who is mother to a five-year-old daughter, the growing need for life coaches and mindfulness practitioners points to a greater awareness in society about spirituality and personal growth, and that’s where classical music can play a role.

“Indian classical music sets the stage and prepares the stage for many beautiful attributes to emerge, including patience, persistence, humility, gratitude, emotive awareness and therefore catharsis, ability to recognise divinity and beauty even in things otherwise considered mundane, and so on.”

She adds that the quiet, the calm and the beauty of Indian classical music have made her meditations deeper, her spiritual enquiry stronger and her answers easier to find. “Music and my spiritual practice are symbiotic now,” she says. 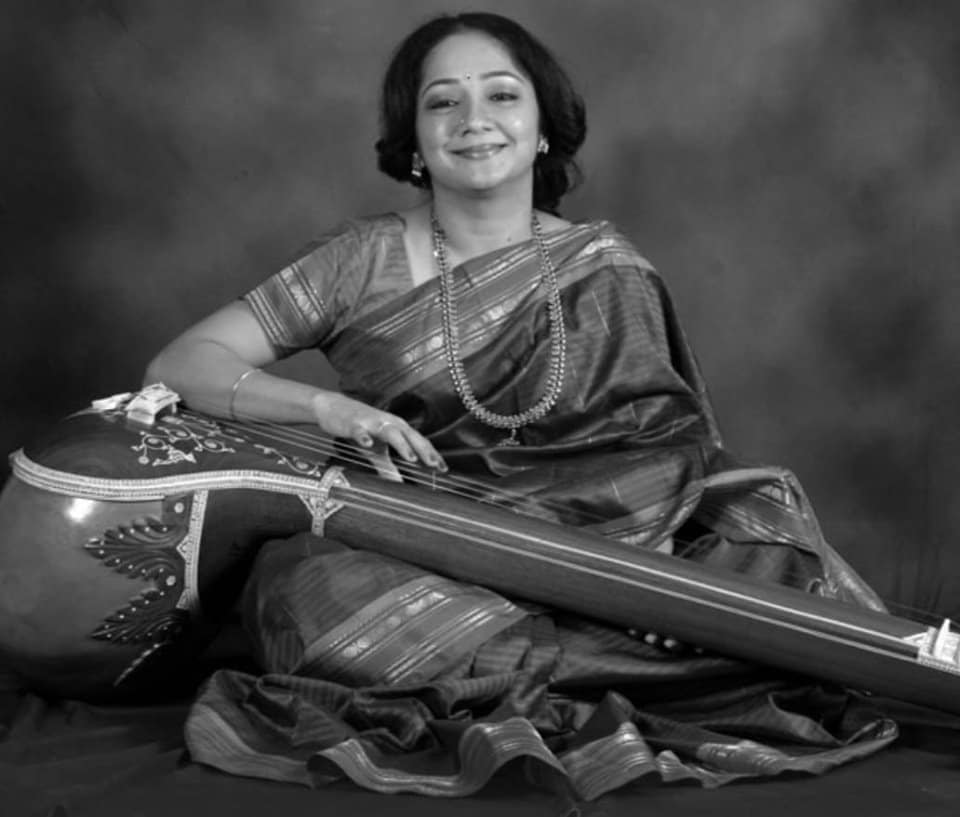 Psychiatrists have linked music to the release of many good brain chemicals like dopamine and endorphins, making all your troubles feel much lighter. “Music is a total brain workout because of its ability to mobilise our whole physiology, including the brain, into positive action,” says Nithya, whose husband S. Venkatesh is a successful novelist.

Also, music is a great leveller, she says. “A raag Hamsadhwani will please any soul who is journeying through rough patch in life. It has the quality of bringing people together and alleviating suffering through mood transformation. It enables compassion because of the collective, empathetic and emotive experiences. It disarms you, melts you, and unites you with something larger and more profound than your limited and self-centred existence as an individual, until all one is left with are the building blocks of the soul – humility and compassion – a perfect internal environment for profound spiritual change!”

Of course, she admits, practical considerations do come into the picture when one switches careers. “But I would ask people to listen to their inner voice and give it a little time even in the middle of the regular lives they lead,” she guides.