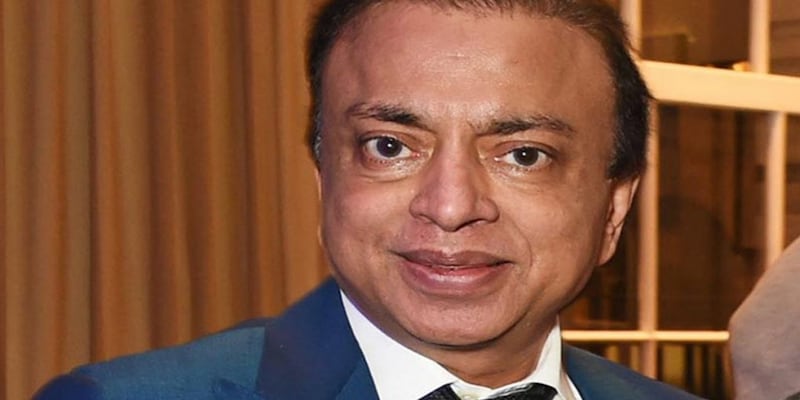 Pramod Mittal has declared total assets of Rs 1.1 crore, no personal income, and personal expenditure of Rs 1.9-2.8 lakh per month in his IVA proposal.

Pramod Mittal, the man who spent an equivalent of Rs 505 crore on his daughter's wedding, and subsequently declared bankrupt by London's Insolvency and Companies Court, has got some reprieve from his lenders.

Reports suggest that creditors of Lakshmi Mittal's brother have approved a proposed individual voluntary arrangement (IVA), wherein he is offering to repay Rs 42 crore, after costs, of the Rs 24,000 crore he owes them.
Pramod was declared bankrupt in June on the application of Moorgate Industries. After his IVA proposal, the bankruptcy can now be quashed.
Pramod owes his creditors -- including his nephew Amit Lohia (Rs 16 crore), son Divyesh (Rs 23 crore), father Mohan Lal (Rs 1,634 crore) and his wife Sangeeta (Rs 10 crore).
The former billionaire has declared total assets of Rs 1.1 crore, no personal income, and personal expenditure of Rs 1.9-2.8 lakh per month in his IVA proposal.
IVA is a legally binding agreement that constitutes a complete or partial repayment of debt to creditors. It is a formal alternative for individuals wishing to avoid bankruptcy.
According to him, his wife and family are meeting these expenditures. His elder brother -- one of the world's richest man -- Lakshmi has refused to come to his aid.
Pramod said that his proposed IVA would give his creditors significantly higher returns than bankruptcy. He has promised to repay 0.19 pence to each creditor for every pound he owes them.
Moorgate Industries, however, voted against the IVA in the creditors' meeting, but the majority carried out the decision.
Mittal owes Rs 1,332 crore to Moorgate, but under the IVA, they would receive just Rs 2.39 crore.
John Soden, Director of Moorgate, has vowed to challenge the IVA under the Insolvency Act. He said, "We do not accept the veracity of the claimant's claims, and we feel his assets are understated." This might delay Pramod's attempt to annul his bankruptcy.
The settlement is being facilitated by the contribution of his son, Divyesh Mittal, who is pitching in with Rs 45 crore.
Pramod can now apply for his bankruptcy to be quashed.
His declared assets include jewellery worth Rs 6.7 lakh and three watches worth Rs 5.7 lakh that he gifted to his children years ago.
He does not own any vehicle in London, and his Indian vehicles are priced at Rs 1 lakh. His shares are worth Rs 62 lakh and he has Rs 33 lakh in his bank account. However, all these assets would be excluded from his IVA.
He said: "My wife is financially independent on me. We have separate bank accounts, and I have very limited information regarding her income."
Check out our in-depth Market Coverage, Business News & get real-time Stock Market Updates on CNBC-TV18. Also, Watch our channels CNBC-TV18, CNBC Awaaz and CNBC Bajar Live on-the-go!