Updated : January 01, 2020 12:57:01 IST
Carlos Ghosn, who faces four charges, including hiding income and enriching himself through payments to dealerships in the Middle East, denies the allegations against him.
Carlos Ghosn's stunning escape from Japan makes him join the ranks of other former or current corporate executives, including Indian businessman Vijay Mallya, with pending extradition requests by foreign countries.

Ousted Nissan boss Carlos Ghosn said on Tuesday he had fled to Lebanon to escape a "rigged" justice system in Japan, where he believed he would not get a fair trial.

Ghosn, who faces four charges, including hiding income and enriching himself through payments to dealerships in the Middle East, denies the allegations against him. His stunning escape from Japan makes him join the ranks of other former or current corporate executives — the list includes Indian businessman Vijay Mallya — with pending extradition requests by foreign countries.

The Indian tycoon faces fraud charges resulting from the collapse of his defunct Kingfisher Airlines. Indian authorities have charged Mallya with financial crimes and allege he took out $1.4 billion in loans for Kingfisher from Indian banks which he had no intention of repaying.

Mallya, 64, has denied all wrongdoing and argued the case against him was politically motivated. India demands Mallya's extradition from Britain, where he moved in 2016. A London court in December 2018 ruled Mallya should be extradited. But another court in July permitted him to appeal against the extradition and the case in pending. 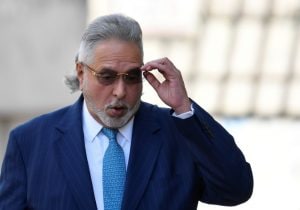 Winterkorn in March 2018 was indicted on four felony charges in connection with VW's diesel emissions scandal. U.S. prosecutors in Detroit issued a warrant for his arrest in May 2018, but Germany-based Winterkorn is unlikely to face the charges as Germany does not extradite its citizens to the United States.

Winterkorn, 72, was indicted on fraud and conspiracy charges. Known for his authoritarian management style, he was at the helm of the German automaker from 2007 until his ouster in 2015.

VW in September 2015 disclosed it had cheated on emissions tests for at least six years using secret software. The disclosure damaged the company's reputation around the world and forced VW to spend more than $25 billion in the United States to settle claims.

The chief financial officer of Huawei Technologies Co Ltd was arrested at Vancouver International Airport on Dec. 1, 2018, at the request of the United States, where she is charged with bank fraud and accused of misleading a bank about Huawei Technologies' business in Iran. She has been under house arrest since.

An extradition hearing will begin on Jan. 20, 2020 in a federal court in Vancouver.

Malaysian businessman Low Taek Jho, better known as Jho Low, is on the run from Malaysian and U.S. authorities. He is alleged to be the mastermind behind the siphoning of billions of dollars from a Malaysia state fund.

Low has been charged in Malaysia and the United States over the alleged theft of $4.5 billion from the so-called 1MDB fund, set up by former Malaysian Prime Minister Najib Razak.

Low has denied wrongdoing and his whereabouts are unknown. He has been granted asylum in a third country, his spokesman has said, declining to identify the country.

Malaysian officials have said Low was believed to be hiding out in China. Malaysian police in November said Low had tried to purchase properties in Cyprus under a different name.

The United States earlier this month formally requested the extradition of Lynch, a British tech entrepreneur, who sold his data company Autonomy to Hewlett Packard in an ill-fated $11.1 billion deal, to face charges including securities fraud, wire fraud and conspiracy.

The U.S. embassy in London submitted the extradition request for Lynch to stand trial in the United States.

Lynch, once hailed as Britain's answer to Bill Gates, is currently battling the American IT giant in London's High Court. HP seeks damages of $5 billion in damages from Lynch and another former executive, alleging they inflated the value of Autonomy before selling it.

Lynch has denied the accusations, saying HP mismanaged the acquisition. He is counter-suing for loss and damages.