Updated : July 10, 2019 03:32 PM IST
According to the data, total related party transactions in FY11 stood at Rs 56.3 crore, or 1.5 percent of the total operating income of Rs 3,833.4 crore.
The stock price of IndiGo fell over 10 percent in early trade on Wednesday as investors felt discomforted after the tumultuous fall of Jet Airways.

On first glance, the central axis of the full-blown battle between the co-founders of IndiGo, India’s largest airline, seems to be related party transactions (RPTs).

Rakesh Gangwal, who sought the intervention of Sebi, said as much. In his letter to the market regulator, in which he also detailed his concerns over violation of governance norms, he highlighted his discomfort with RPTs, alleging that these transactions benefited IndiGo co-founder Rahul Bhatia.

RPTs were a sore point between the promoters, confirmed IndiGo CEO Ronojoy Dutta told CNBC-TV18 in a recent interview. The RPTs were worth $30 million last year, will drop to $20 million or less this year and “a very small part of what we do”, according to him.

Indeed, Bhatia too confirmed that RPTs are a meagre sum as percentage of InterGlobe’s turnover. "RPTs account for less than 0.7 percent (and continuing to decline) of the turnover of the company are relevant to negate Gangwal’s story line that RPTs are commonplace and a daily affair and thereby the unsaid piece that these are a big source of leakage," he said in his email to the board.

CNBCTV18.com corroborated these claims. The turnover is indeed a fraction of the turnover, according to InterGlobe’s regulatory filings. Although the related party transactions have fallen in percentage terms since financial year 2011-12, in monetary value, they have risen nearly four times in the same time-frame as against the operating income's nearly eight times increase.

That said, Gangwal is unlikely to drop the RPT matter. He took exception to Dutta’s comments in the CNBC-TV18 interview that RPTs were no only an administrative issue and not an airline issue.

The stock price of IndiGo fell over 10 percent in early trade on Wednesday as investors felt discomforted after the tumultuous fall of Jet Airways.

Investor protection firm iiAS's Amit Tandon, in an exclusive interview with CNBC-TV18 said the dispute, sooner or later, will impact the airline's operations. 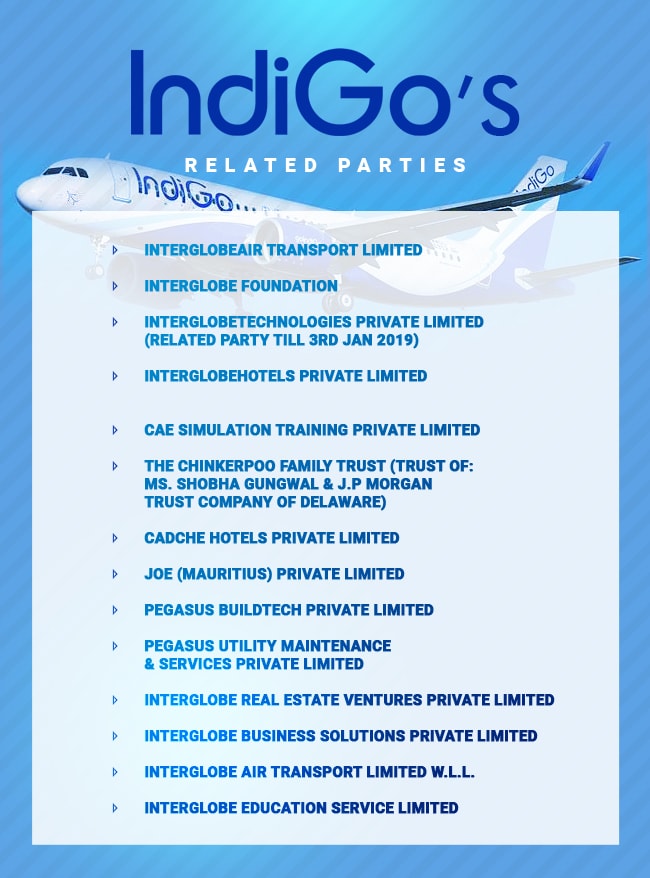