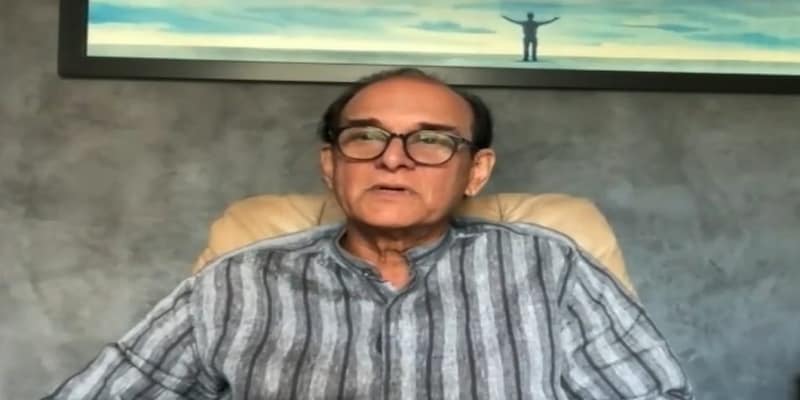 Marico Chairman Harsh Mariwala who on Monday was awarded AIMA Life Time Achievement Award, said entrepreneurs have a huge role to play in the development and they should be helped and promoted by the industry. Highlighting the role of digitisation, Mariwala said the industry should prioritise their digital initiatives and avail this business growth opportunity with the right approach.

Entrepreneurs will lead the country to higher growth and prosperity, Marico Chairman Harsh Mariwala on Monday opined and suggested businesses adopt a transformative 'digital approach' for sustainable growth. Highlighting the role of digitisation, Mariwala said the industry should prioritise their digital initiatives and avail this business growth opportunity with the right approach.

Mariwala, who on Monday was awarded AIMA Life Time Achievement Award, said entrepreneurs have a huge role to play in the development and they should be helped and promoted by the industry.
"Entrepreneurs create a lot of wealth for stakeholders, whether it is for themselves or associates or customers also. Entrepreneurs are only going to lead India into a different economic growth and we cannot be dependent on the government for increasing our growth. It is only the entrepreneurs, who will make India prosperous," said the Marico chairman in his virtual interaction at AIMA foundation day. Mariwala, through his ASCENT Foundation, is working with 800 entrepreneurs all over India.
Also Read
| Maaza bigger than Coke with Rs 2,826 cr sales in FY21, Limca at Rs 2,061 cr
Besides, he is also working on mental health initiatives, with a focus on making mental health treatment accessible to marginalised and disabled persons and communities in rural areas. When asked about digital companies performing better than the traditional companies, Mariwala said now the companies "would have to look digital from an 'opportunistic lens' with the right approach".
"It is going to hit you. It is one of the prime topics at board level...," he added. "You would have to identify your digital road map in the business you are in... you have to prioritise that and then decide whether you want to invest into the digital market... then have people who are experts in digital," Mariwala said.
He suggested that business leaders should recruit people who are digital savvy and are very young. "You have to learn from them and do not give them any other responsibilities and let their whole time spend on organisation going digital," he said.
Mariwala also said the constitution of the board is very important and should have been based on the competence of people. "For example in FMCG business, the competence is required in marketing, sales and distribution. We have a digital expert on board because this is also important. Now all organisations are more aggressive on the digital front," he said.
Also Read | Backstory: When Cadbury battled Nestle over the Colour Purple
Most of the issues discussed in the board are strategic and several committees such as audit play a different role, the Marico chairman said. While remembering his old days, Mariwala, founder of FMCG maker Marico, said he had started his business in 1970s when there was license raj in the country and had to "grease some palms and use networks" to start.
"I also did not like the b2b business, where you have to meet buyers and take them for dinner. I was very comfortable talking to general trade, like distributors, retailers and others. It suited me and liked to interact with final consumers," he said adding that he has learned a lot in his journey. Over a period of time, he started expanding and building his two FMCG brands - Saffola and Parachute - and witnessed positive results of advertising.
"If I look back at my own journey, where did we get those breaks in terms of increased market share? It occurred whenever we did something very different. In a highly competitive environment, it is very important for any entrepreneur to identify to right to win. It is very difficult to win in a crowded marketplace if you are not differentiated," he said. This differentiation can only come from innovation or through a pioneering initiative, he added.
Check out our in-depth Market Coverage, Business News & get real-time Stock Market Updates on CNBC-TV18. Also, Watch our channels CNBC-TV18, CNBC Awaaz and CNBC Bajar Live on-the-go!