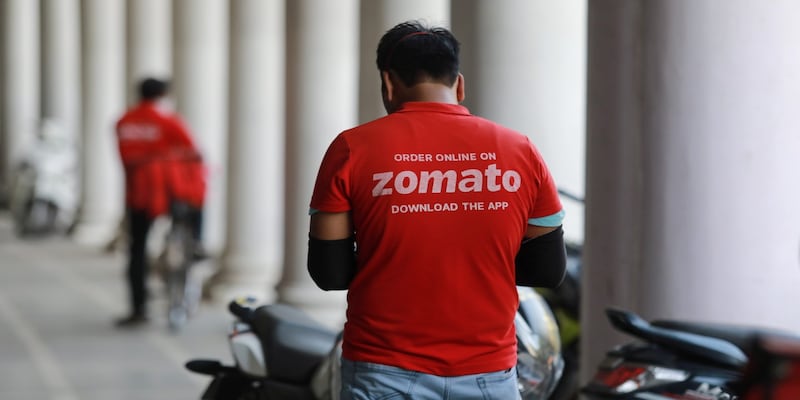 When Zomato stock listed at Rs 74, valuation guru Aswath Damodaran had termed it "too expensive". Shares of Zomato later soared to touch a high of Rs 169 in 2021 — over four times the value Damodaran had assigned. The food delivery app's stock on Wednesday touched a new 52-week low of Rs 40.55.

However, what is interesting is that when finance professor and stock valuation expert Aswath Damodaran valued the Zomato share price at Rs 40.79 — one day before its listing in July 2021 — few people believed him.
'I told you so!'
When the stock was listed at Rs 74, Damodaran termed it "too expensive". Shares of Zomato later soared to touch a high of Rs 169 in 2021 — over four times the value he had assigned.
However, in 2022, the mood shifted, Zomato "rediscovered the laws of gravity", and the stock price dropped. "Zomato's acquisition of Blinkit for $568 million (Rs 4,500 crore) and the lock-in expiration exacerbated selling, pushing the price down to Rs 41," Damodaran said on Wednesday.
In a Twitter post, he said that, in hindsight, he was both wrong and right about Zomato and did a quick review of his 2021 valuation.

Just over a year ago, I valued Zomato, the Indian food-delivery company, at ₹41/share, ahead of its IPO, and argued that it was joint bet on Indian growth, Indian eating habits and Zomato's business model. In hindsight, I was both wrong and right. https://t.co/DWz0SQyVTA pic.twitter.com/AThITjS2iD

The good and the bad
Damodaran said that since his valuation, there had been a mix of good and bad news for the company. There have been four quarterly reports, in addition to news about governance and the company's legal challenges.
The valuation guru also said that the food delivery market in India continued to grow over the last year, and Zomato has been able to maintain its market share. "There are signs that the market is consolidating with Zomato and Swiggy controlling 90 percent of the market share of restaurant deliveries. As a consequence, Zomato's gross order value and revenues have both jumped over the course of the last year," he wrote.
However, he pointed out that over the previous year, the take rate, or the portion of gross order value that Zomato keeps, had significantly decreased.
Vindication much?
Damodaran wrote that even though some have suggested that the price dropping to his value is a vindication of his valuation, he isn't part of that group.
The valuation guru gave three reasons:
Damodaran now says that with the upbeat story of growth and profitability, the value he derives now for equity is close to Rs 394 billion (about $5.25 billion), translating into a value per share of Rs 41.
Check out our in-depth Market Coverage, Business News & get real-time Stock Market Updates on CNBC-TV18. Also, Watch our channels CNBC-TV18, CNBC Awaaz and CNBC Bajar Live on-the-go!