Titan eyes 2.5 times growth in its jewellery business after a strong quarter

Titan eyes 2.5 times growth in its jewellery business after a strong quarter 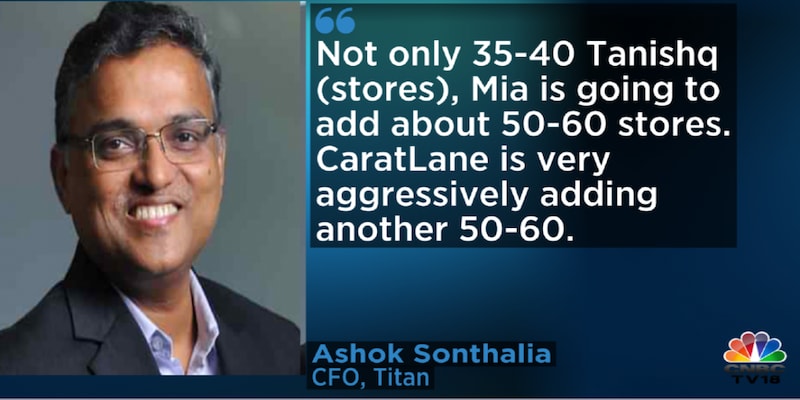 Titan CFO Ashok Sonthalia reveals aggressive store expansion plans in an interaction with CNBC-TV18. Titan has set an ambitious long-term goal: to take its market share to double digits with 2.5 times growth in its core business. His optimistic remarks come as Titan saw a promising first month of the festive season — which begins with Diwali and goes on till the New Year — and typically leads to increased offtake as buyers line up their discretionary spends during this time of the year.
"I must remind you that the third quarter (October-December) last year was very strong, with some spillover and pent up (demand) — all sorts of things because of the disruption of COVID. This 17-19 percent (growth) among various categories that we witnessed this season is very good and very strong. And we are very happy about that," Sonthalia said.
Sonthalia was referring to quarterly retail growth in jewellery, watches, wearables and Eyecare units. Titan reported a strong set of quarterly earnings last week, driven by growth across all its segments. 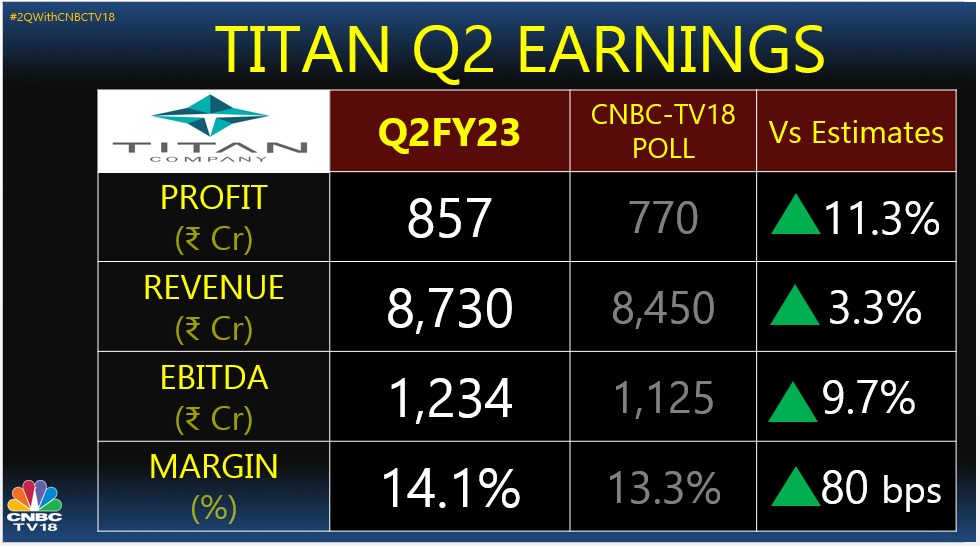 The Tata group company — a long-time favourite of legendary investor Rakesh Jhunjhunwala — remains focused on expansion both within the country and abroad. Titan is confident of achieving its target of opening 35 new Tanishq stores as well as expand the existing ones this year.
It also wants to open 50-60 stores of Caratlane and Mia (a Tanishq range) each, Sonthalia  said.
"Zoya (a luxury brand) for the first time is adding a couple of new stores after some gap. So store expansion is on track, keeping in mind our aspirational targets for 2026-27. We are working on that," the CFO said.
As part of its international operations, the company already has five stores in the UAE, he said. "The first store in the US has been getting delayed for some reason or the other for some permission or the other... Hopefully by November-end, that should also be up and functioning."
Catch latest market updates with CNBCTV18.com's blog
Check out our in-depth Market Coverage, Business News & get real-time Stock Market Updates on CNBC-TV18. Also, Watch our channels CNBC-TV18, CNBC Awaaz and CNBC Bajar Live on-the-go!