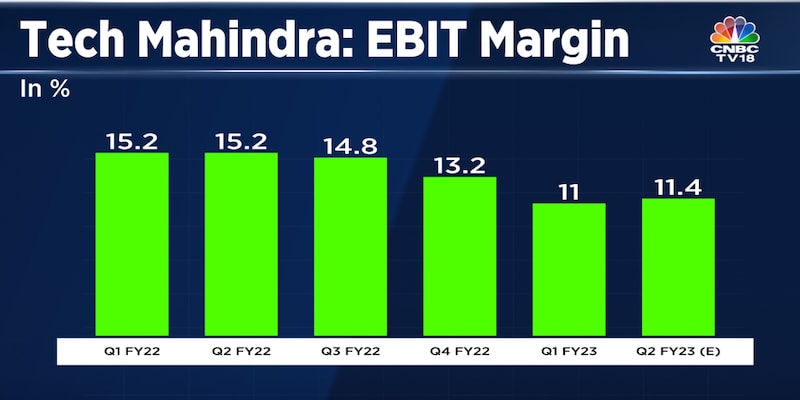 Shares of Tech Mahindra have declined 40 percent this year and are among the worst performers on the Nifty IT index.

Tech Mahindra Ltd. will be the last of the top IT companies in the country to report its September quarter results on Tuesday, November 1.
The company's constant currency revenue growth is likely to lag other large-cap peers.
According to a CNBC-TV18 poll, while revenue in USD terms is likely to be flat, the company's net profit is likely to grow in the high-single-digit compared to the June quarter. On a constant currency basis, the company's revenue growth is seen at 2.5 percent compared to the June quarter. Tech Mahindra's large-cap peers have had constant currency growth between 3.8 percent to 4.1 percent for the September quarter.
Tech Mahindra's constant currency growth estimate of 2.5 percent is likely to have a 2.1 percent contribution from organic growth and a 40 basis points contribution from the full-quarter consolidation of the Thirdware acquisition.
The company had announced the acquisition of Thirdware in March this year for Rs 320 crore or $42 million. 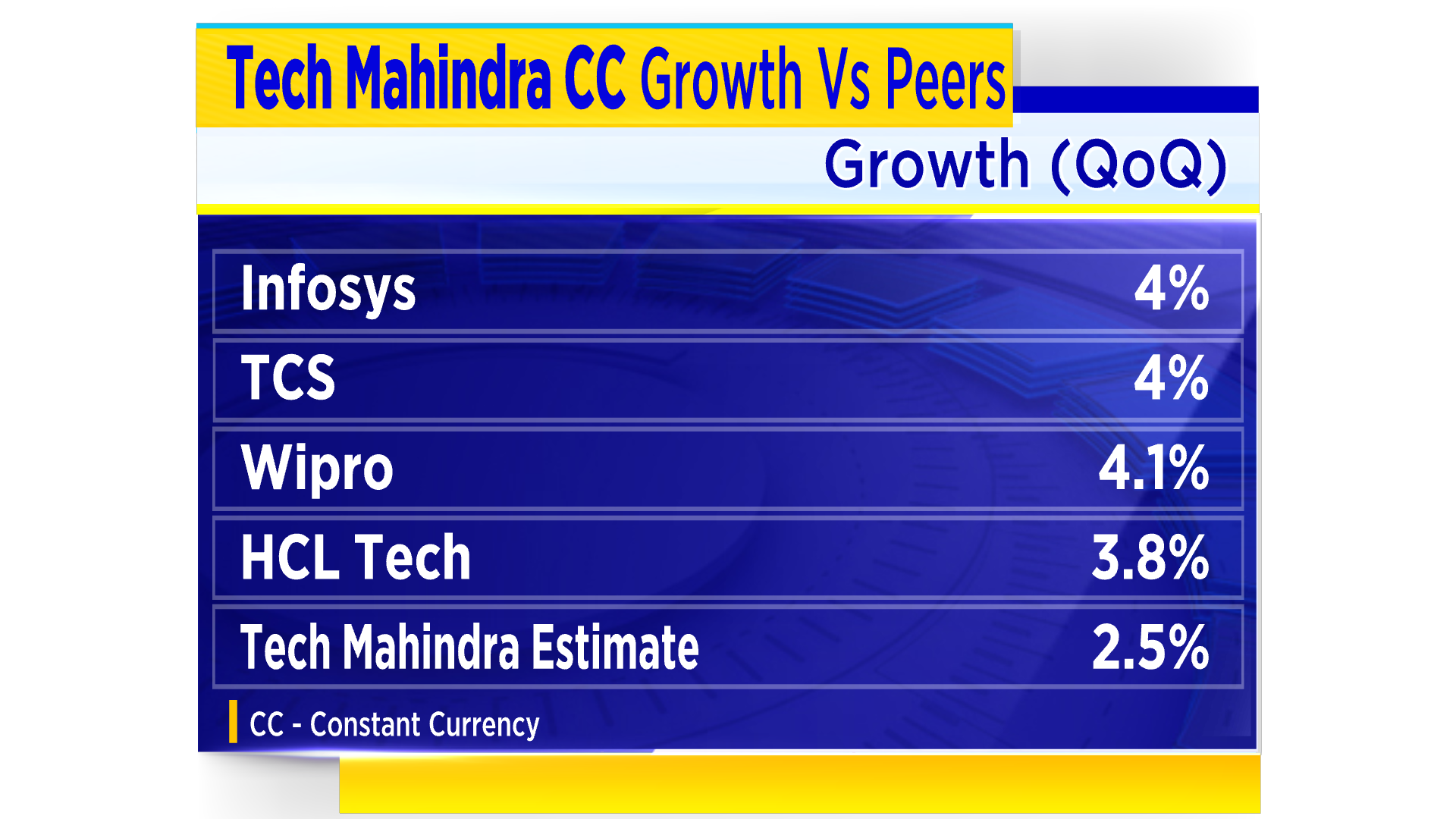 Growth is likely to be led by the Telecom vertical. Brokerage firm Kotak Institutional Equities believes that the rationalisation of unprofitable accounts will likely impact growth by 100 basis points.
On the margin front, the company's EBIT margin is likely to improve nearly 40 basis points on a sequentially. Commentary from the management on the extent of margin recovery from hereon will be awaited.
Brokerage firm Citi expects Tech Mahindra to end financial year 2023 with EBIT margin of 12.5 percent, which is lower than the company's internal target of 14 percent. Tech Mahindra's deal wins have been strong, averaging $800 million over the last four quarters. The management told CNBC-TV18 after its June quarter earnings that it is positive about the deal pipeline going forward and is confident of industry leading growth going forward as well.
Other Key Factors to Track:
Shares of Tech Mahindra are down 40 percent this year and are among the worst performers on the Nifty IT index.
Check out our in-depth Market Coverage, Business News & get real-time Stock Market Updates on CNBC-TV18. Also, Watch our channels CNBC-TV18, CNBC Awaaz and CNBC Bajar Live on-the-go!