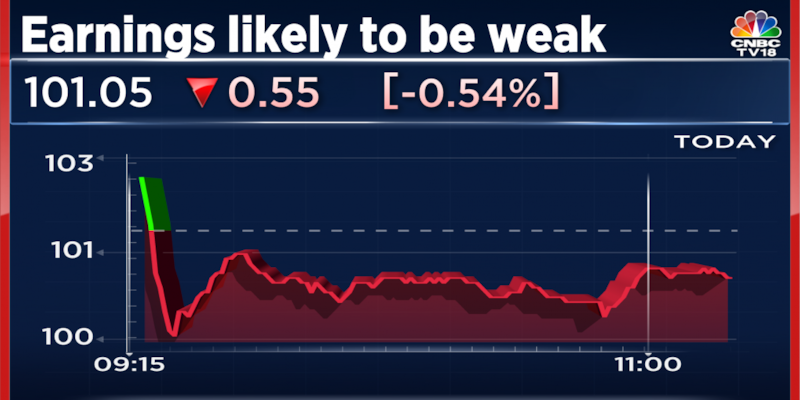 Management commentary on the company's debt reduction plans post the deal and a timeline on the revival of NINL will be watched out for.

India's largest producer of steel, Tata Steel Ltd. will report earnings after market hours on Monday, October 31. The street is expecting weak consolidated results, both sequentially, as well as on a year-on-year basis.
For the September quarter, the company's revenue is likely to decline in the mid-single-digits, while net profit may see a complete erosion compared to the same period last year.
EBITDA Margin is also likely to decline nearly 16 percentage points as the changes in the MMDR Act have resulted in additional royalty premium to be paid. 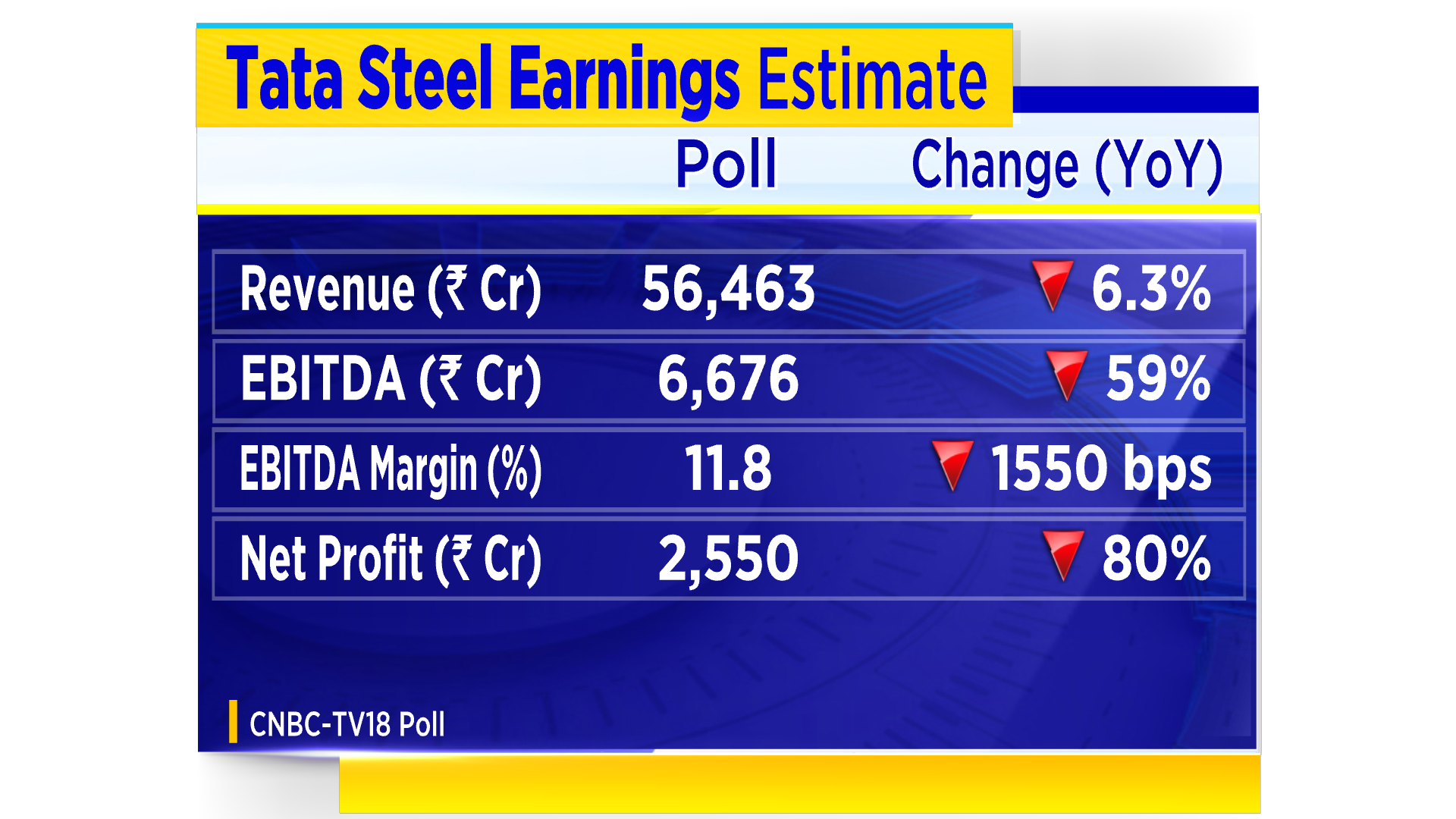 Part of the weak results are likely due to lower steel realisations. Indian steel prices may decline by nearly Rs 13,000 per tonne compared to the June quarter due to lower contract and export prices.
Prices in Europe are likely to decline between $180-$200 per tonne.
Overall spread is also likely to contract due to lower realisations, coupled with higher input and energy costs. Benefits of lower prices come with a lag.
Volumes for the India business improved sequentially as the June quarter results were impacted by the imposition of export duty. India business volumes are seen at 4.6 million tonnes, a growth of 4 percent from last year and 18 percent compared to the June quarter.
Tata Steel's EBITDA per tonne is likely to fall to Rs 10,950 in the September quarter, compared to Rs 30,739 in the same period last year.
Volumes for Tata Steel's European business are likely to decline 12 percent both sequentially as well as year-on-year.
EBITDA per tonne for the European business is likely to halve to $110 from $211 last September.
Operating profit or EBITDA of the steel business is likely to be hit due to a sharp fall in European steel prices compounded further by higher energy costs. The hit may be partially offset by longer contracts.
Key Factors To Track
Among the key factors that will be tracked post earnings would be the management commentary on demand and pricing. Last week, rival JSW Steel reported a net loss for the September quarter due to falling steel prices.
A key monitorable will be Tata Steel's debt status post the acquisition of Neelachal Ispat Nigam or NINL, which was done through its step-down subsidiary Tata Steel Long Products. The aggregate consideration for the deal was Rs 12,100 crore.
Tata Steel has recently been in the news after it announced the merger of all of its subsidiaries with itself into one single consolidated entity. In an interaction with CNBC-TV18, Executive Director and CFO Koushik Chatterjee said that it made sense to integrated Tata Steel Long Products with the company has the shape of the business had changed significantly post the NINL acquisition.
Management commentary on the company's debt reduction plans post the deal and a timeline on the revival of NINL will be watched out for.
Commentary on Tata Steel's volatile European operations and the impact of a depreciating pound against the US Dollar will be keenly awaited. The management will also be expected to give guidance on the transition to green steel in Europe.
In an interview to Moneycontrol on July 26, 2022, Tata Steel managing director TV Narendran said that its UK business was self-sustainable but faced a changing cost structure due to higher gas prices. Tata Steel’s UK business is by far its weakest segment, having reported losses for all years except FY22.
Tata Steel announced in March this year that it will invest Rs 1 lakh crore to double its steelmaking capacity at its plants in Angul, Kalinganagar and Jamshedpur to achieve the 40 million tonne target. The street will await commentary on commissioning of the expansion program.
Shares of Tata Steel are down 11.5 percent this year. The company recently completed a 10:1 stock split.
Check out our in-depth Market Coverage, Business News & get real-time Stock Market Updates on CNBC-TV18. Also, Watch our channels CNBC-TV18, CNBC Awaaz and CNBC Bajar Live on-the-go!