The NCLT issued the notice to SpiceJet based on an application filed by Acres Buildwell Pvt Ltd, which is one of the operational creditors of the airlines. Other aviation stocks like Interglobe Aviation, the parent company of IndiGo airlines, and Jet Airways were trading in the red, too.

Shares of SpiceJet declined over 5 percent after the National Company Law Tribunal (NCLT), Delhi, issued a notice to the airline company on an insolvency plea and directed SpiceJet to respond to it within two weeks. 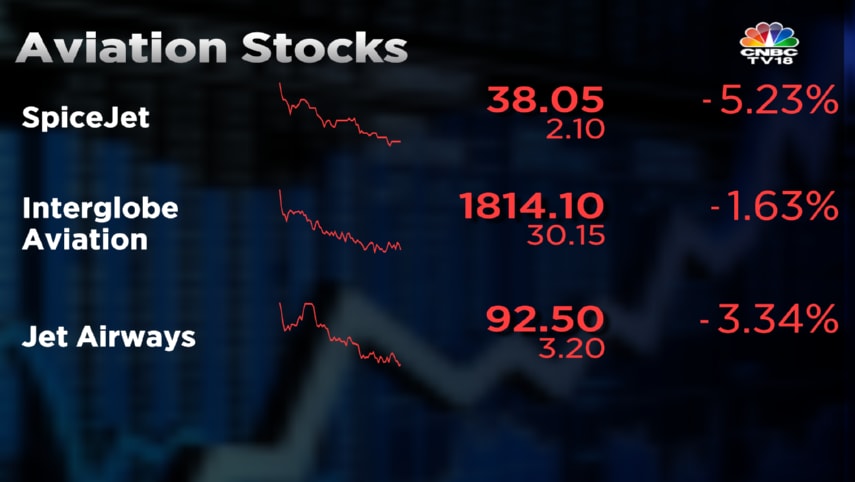 Shares of SpiceJet have been on a declining trend. In five days, the shares have gone down by over 12 percent while in the year so far, SpiceJet shares have declined over 43 percent on the BSE.
The NCLT issued the notice to SpiceJet based on an application filed by Acres Buildwell Pvt Ltd, one of the operational creditors of the airlines. A sum of Rs 3.25 crore is owed to the company by SpiceJet, according to Acres Buildwell.
Also read: Britannia shares trade in green as firm elevates Varun Berry and appoints Rajneet Kohli as CEO
The NCLT order, issued on September 2, had provided SpiceJet with two weeks to respond to the plea for not initiating insolvency proceedings against it. The case is likely to be heard next on September 30.
SpiceJet received approval for a loan under the government's ECLGC scheme on Thursday, and the airline has already received the first tranche of the payment, with the second tranche expected very soon, as reported by news agency PTI.
An additional $200 million is being raised by SpiceJet's management. The company informed employees that it would deposit TDS of all employees in the next 2-3 weeks, as well as credit 'a significant portion' of their PF contributions.
SpiceJet reported a net loss of Rs 789 crore in the April-June quarter as compared to a net loss of Rs 729 crore in the corresponding period a year ago.
Catch latest market updates with CNBCTV18.com's blog
Check out our in-depth Market Coverage, Business News & get real-time Stock Market Updates on CNBC-TV18. Also, Watch our channels CNBC-TV18, CNBC Awaaz and CNBC Bajar Live on-the-go!