Reliance Industries Results: The oil-to-telecom conglomerate reported a net profit of Rs 17,955 crore for the April-June period, up 10.8 percent compared with the previous three months, boosted by growth across segments.

Reliance Industries on Friday reported a net profit of Rs 17,955 crore for the April-June period, up 10.8 percent compared with the previous three months, boosted by growth across segments. The conglomerate's oil-to-chemicals (O2C) business clocked a record quarterly revenue in a volatile environment. 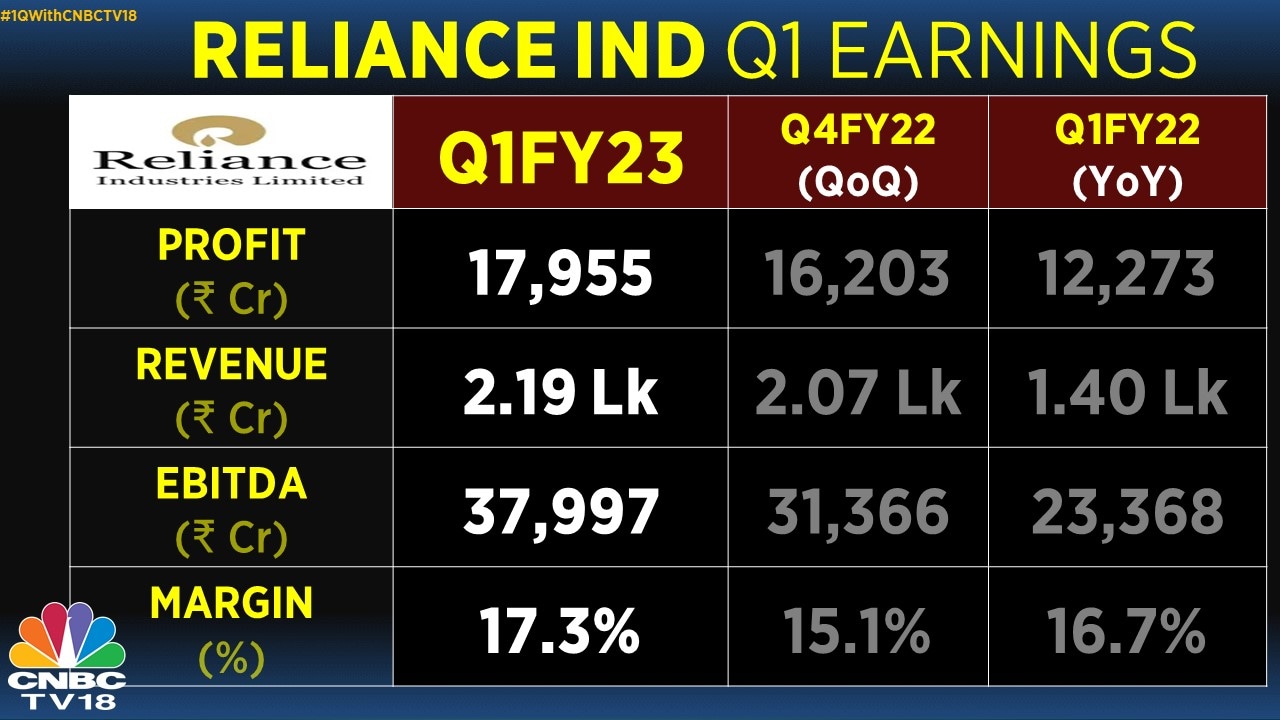 Reliance's earnings before interest, taxes, depreciation and amortisation (EBITDA) — a key metric determining a company's operational efficiency —came in at Rs 37,997 crore, up 21.1 percent on quarter.
Revenue from the oil-to-chemicals unit — which accounted for almost 57 percent of its total revenue in the year ended March 2022 — jumped 11 percent sequentially to Rs 1.61 lakh crore.
Reliance said the O2C unit saw sustained demand growth across products. “Geopolitical conflict has caused significant dislocation in energy markets and disrupted traditional trade flows. This, along with resurgent demand, has resulted in tighter fuel markets and improved product margins," said Mukesh Ambani, Chairman and Managing Director, Reliance Industries.
"Despite significant challenges posed by the tight crude markets and higher energy and freight costs, the oil-to-chemicals business delivered its best performance ever," he said.
He also said he was happy with the progress of the consumer platforms. 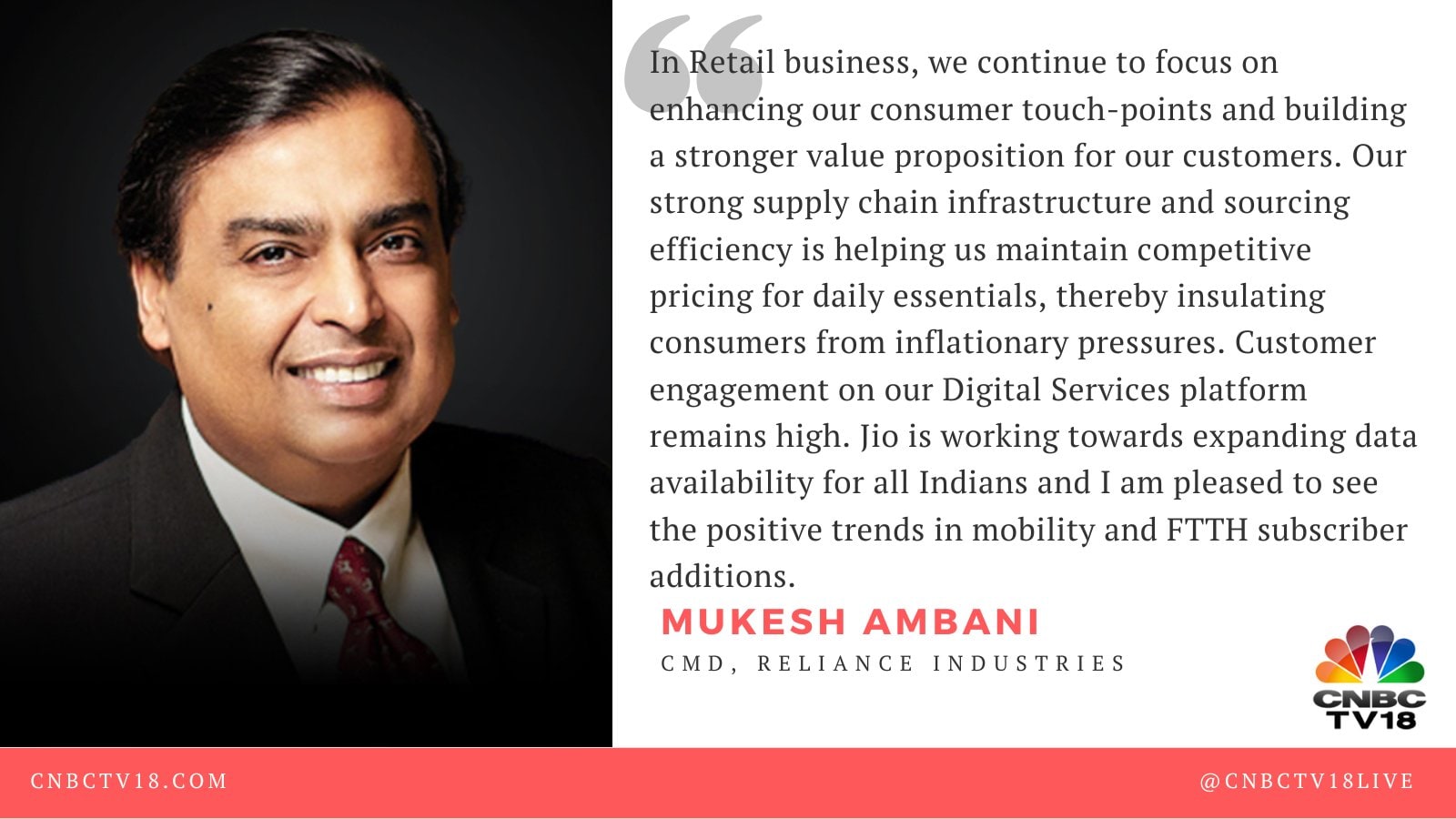 ALSO READ: Reliance Retail profit zooms 114%
“Very clearly, the promise of the O2C business and the refining bump-up that we expected is absolutely in place. From that perspective, all the other things have also started to contribute... I am quite happy with the numbers, and I am sure the market will also like this,” market expert Prakash Diwan told CNBC-TV18.
Reliance Industries shares finished higher by Rs 15.5 or 0.6 percent at Rs 2,502.9 apiece on BSE ahead of the earnings announcement.
ALSO READ: Reliance Jio profit jumps almost 24%
Catch highlights of the July 22 session with CNBCTV18.com's blog
Note To Readers