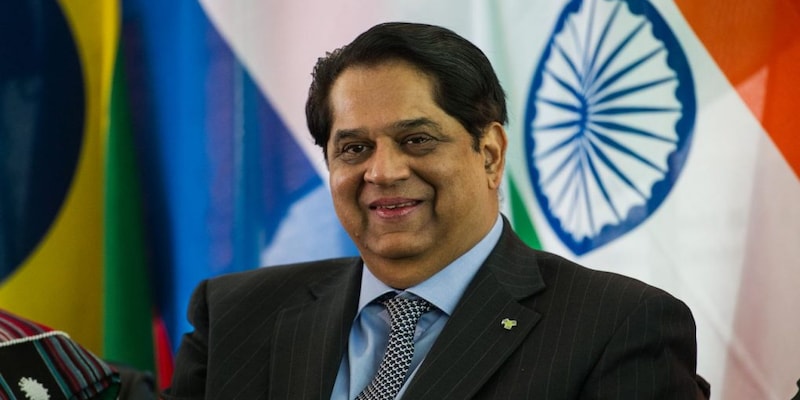 Billionaire Mukesh Ambani's Reliance Industries Ltd (RIL) on Friday, November 4, said its board of directors has appointed K.V. Kamath as an independent director of the company for a term of five years with effect from the date he assumes office.

Also, Reliance Strategic Investments Ltd (RSIL), a wholly-owned subsidiary of the company, has appointed Kamath as an independent director and non-executive chairman.
Further, RSIL will be renamed as Jio Financial Services Ltd (JFSL) and listed pursuant to a scheme of demerger approved by the board of directors for the demerger of the financial services business of the company into RSIL.
Also Read: Titan’s second quarter sparkles as net profit rises 34% on strong jewellery demand
Kamath will continue as an independent director and non-executive chairman of JFSL upon consummation of the scheme and listing of JFSL on stock exchanges.
Kamath started his career in 1971 at ICICI. In 1988, he moved to the Asian Development Bank and spent several years in South East Asia before returning to ICICI as its managing director and CEO in 1996. Post its merger into ICICI Bank, he was managing director and CEO of ICICI Bank.
Under his leadership, ICICI transformed itself into a diversified, technology-driven financial services group across banking, insurance and asset management in India, and a global presence. He retired as managing director and CEO in 2009 and continued as the chairman of ICICI Bank till 2015.
Also Read: Kalpataru Power shares rise after company, subsidiary wins orders in excess of Rs 3,000 crore
He has served as chairman of Infosys. In 2015 he was appointed as the first president of the New Development Bank set up by the BRICS bloc, from where he retired in 2020. He is currently the Chairman of the National Bank for Financing Infrastructure and Development (NaBFID).
Kamath was awarded the Padma Bhushan, one of India’s highest civilian honours, in 2008. He is a mechanical engineer and completed his post-graduation in business administration from the Indian Institute of Management, Ahmedabad (IIMA).
Disclaimer: Network18, the parent company of CNBCTV18.com, is controlled by Independent Media Trust, of which Reliance Industries is the sole beneficiary.
(Edited by : Shoma Bhattacharjee)
Check out our in-depth Market Coverage, Business News & get real-time Stock Market Updates on CNBC-TV18. Also, Watch our channels CNBC-TV18, CNBC Awaaz and CNBC Bajar Live on-the-go!