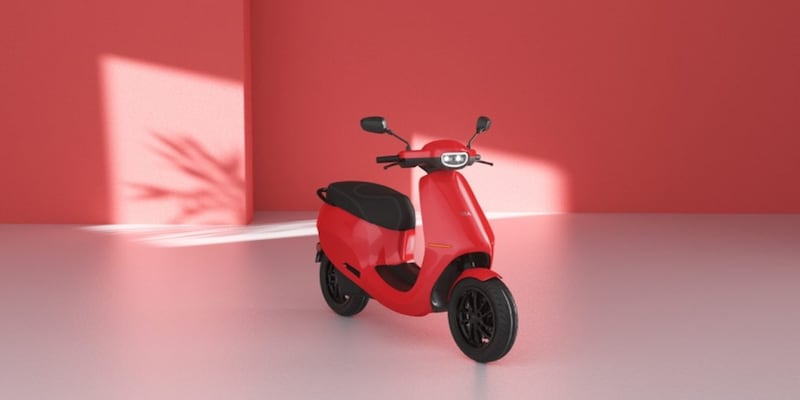 Ola Electric launched the Ola S1 electric scooter in the Indian market at a price of Rs 99,999. Customers can buy scooters from September 2. Ola Electric has also confirmed that its electric car, hailed as one of the ambitious car projects in India, will arrive by 2024.

Ola Electric launched the Ola S1 electric scooter in the Indian market at a price of Rs 99,999. Customers can buy scooters from September 2.  The company also opened bookings for the new scooter model at a price of Rs 499.

It should be noted that the new electric scooter is built on the same platform as the Ola S1 Pro, which is already available in the Indian market. The electric scooter will be on sale in four colours - Jet Black, Liquid Silver, Porcelain White, and Neo Mint.
The S1 comes with a 3 KWh Lithium-ion battery pack with a range of 90 km to 128 kms on a single charge depending on drive mode along with upgraded softwares. It has been priced at Rs 99,999. The company, which in August last year forayed into the green mobility space with the launch of its electric scooters S1 and S1 Pro priced at Rs 99,999 and Rs 1,29,999, respectively, had postponed delivery timelines for its much anticipated products citing global semiconductor shortage issue.
Ola announces electric car
Ola Electric has also confirmed that its electric car with a range of up to 500 km (310 miles), hailed as one of the ambitious car projects in India, will arrive by 2024.
Bhavish Aggarwal, the CEO of Ola Electric said that it will also be the sportiest car ever built in India. Ola Electric car will deliver a drag co-efficient of less than .21, which is the best in its class.
The car is said to have an all-glass roof and a smooth aerodynamic body.
In a press conference, Ola founder and CEO Bhavish Aggarwal said Ola Electric aims to provide a range of electric two-wheelers to electric cars which are priced in the range of Rs 1 lakh to Rs 50 lakh. "We definitely have a full roadmap in the works in the car space... We will definitely have cars at the entry price market. We're starting with a premium car and that comes out in 18 to 24 months," he said when asked about the company's plans for electric cars.
He further said, "We are envisioning across all the products (that) we will launch, maybe by 2026 or 2027 we will target a million cars a year by volume." Aggarwal, however, did not elaborate how many electric car models the company would have by 2026-2027. Ola's first electric car will have the capability to accelerate from 0-100 kmph in four seconds and will have a range of more than 500 kilometers per charge, he claimed.
Also read: Mahindra's new Scorpio Classic SUV — Check out looks, interiors, features and price
Check out our in-depth Market Coverage, Business News & get real-time Stock Market Updates on CNBC-TV18. Also, Watch our channels CNBC-TV18, CNBC Awaaz and CNBC Bajar Live on-the-go!