NTPC reports 15.1% growth in power generation in first half of FY23

NTPC reports 15.1% growth in power generation in first half of FY23 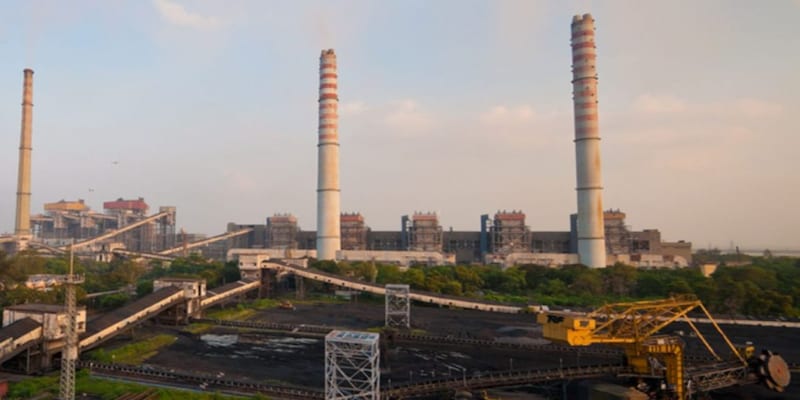 The state-run power major NTPC reported a 15.1 percent growth in power generation at 203.5 billion units (BU) for the April-September period. The company said that the growth indicates improved performance and an increase in demand for power in the current year.

"NTPC group companies recorded a generation of 203.5 BU from April to September 2022, registering an increase of 15.1 percent from 176.8 BU generated in April to September 2021," the company said in a statement.
NTPC Rihand, a 3,000 MW thermal power plant in Uttar Pradesh, was the top performing thermal power plant with 90.22 percent Plant Load Factor (PLF or capacity utilisation) in the period under review. Overall PLF of the company's coal stations stood at 76.3 percent in the first half of FY23.
The total installed capacity of the state run power giant is 70,234 MW. NTPC is expanding its footprint in new business areas like green hydrogen, waste-to-energy and e-mobility. India's largest power producer is also aiming for a 10 percent reduction in net energy intensity by 2032.
On Friday, the power giant had said that it has commenced coal production from its Chatti-Bariatu mine in Jharkhand’s Hazaribag district. With this Chatti-Bariatu became the fourth coal producing mine of the company and the coal from the mine will used in the power stations of NTPC.
During FY 2021-22, NTPC achieved 14.02 MT coal production from its three operating mines.
Check out our in-depth Market Coverage, Business News & get real-time Stock Market Updates on CNBC-TV18. Also, Watch our channels CNBC-TV18, CNBC Awaaz and CNBC Bajar Live on-the-go!