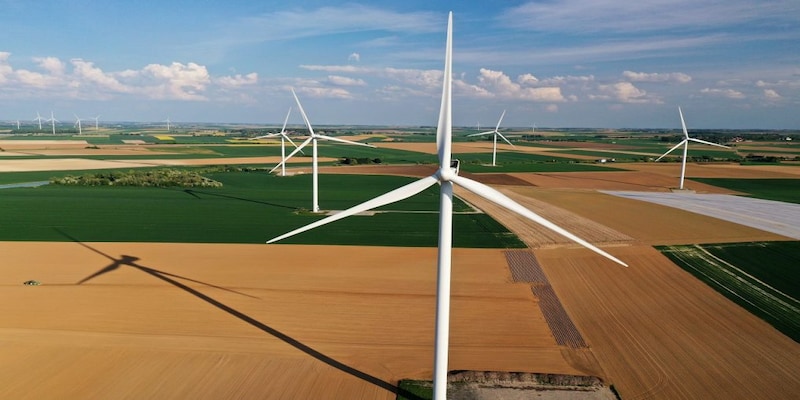 With the US witnessing a transition to a green economy, the next wave of successful startups will be those companies that will help make the carbon-free transition affordable, BlackRock CEO Larry Fink said.

Highlighting the role of capitalism in combating the climate crisis, Fink said the next 1,000 unicorns, startups with $1 billion valuation or more, will not be search engines or social media companies, but sustainable, scalable innovators who will help the world “decarbonise and make the energy transition affordable for all consumers.”
Also read: Renewable energy sector likely to get investment of over $15 billion in 2022
“I believe the decarbonising of the global economy is going to create the greatest investment opportunity of our lifetime,” CNBC quoted him as saying in an annual letter to CEOs on January 17. Fink’s annual letter is one of the most anticipated communications and is considered a bellwether for future investing trends.
The need of the hour for the transition is bringing down costs of green products which come at a premium price today, he said.
Also read: Capital requirement likely to be biggest challenge to green energy transition: CEEW-CEF
Not just startups, but bold incumbents too must disrupt industries and work towards bringing down the price of green solutions, Business Insider quoted the BlackRock CEO as saying.
Large incumbent firms have market knowledge, capital and technical expertise on a global scale which will be advantageous for the disruption ahead, he said.
Also read: Explained: Why new EU rules have triggered a fight over what is “green energy”
Till now, over $4 trillion has been invested in sustainable technology, CNBC reported. According to Fink, this is only the beginning of the tectonic shift towards sustainable investing.
“We focus on sustainability not because we’re environmentalists, but because we are capitalists and fiduciaries to our clients,” Fink wrote.
Fink gave the example of how innovators in the auto industry reimagined the products in just a few years and prompted others to pursue an electric future. The success of electric carmaker Tesla has made its CEO Elon Musk the richest person in the world with assets worth $266.5 billion, the CNBC report said quoting data from Forbes.
Also read: View | What will be, will be: India's start-ups in 2022
(Edited by : Shoma Bhattacharjee)
Check out our in-depth Market Coverage, Business News & get real-time Stock Market Updates on CNBC-TV18. Also, Watch our channels CNBC-TV18, CNBC Awaaz and CNBC Bajar Live on-the-go!