The company's earnings recovery will be aided by strong orders for SUVs and improving chip supply.

Mahindra & Mahindra Ltd. will be among the last of the auto companies to report their September quarter earnings on Friday, November 11. A strong recovery in volumes will be the key contributor to the company's earnings performance.
A CNBC-TV18 poll expects revenue to rise nearly 50 percent from the same period last year while EBITDA margin is likely to remain flat. 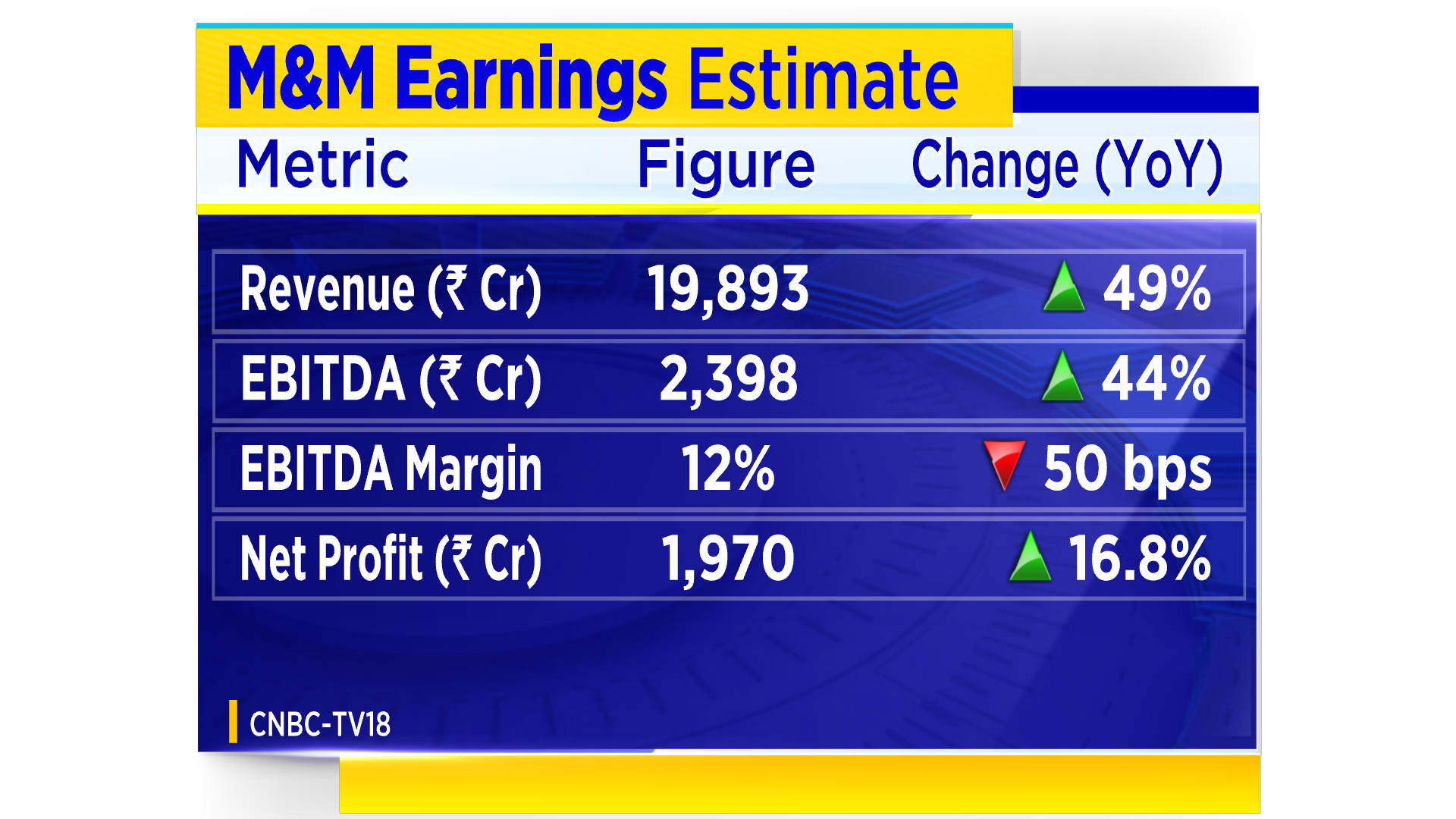 The company's earnings recovery will be aided by strong orders for SUVs and improving chip supply.
Total volumes for the September quarter increased 43.3 percent from last year to 2.73 lakh units.
Mahindra & Mahindra sold its highest-ever monthly volumes in September of nearly 65,000 vehicles. Three-wheeler sales were also the highest-ever in a month, as were those of SUVs.
EBITDA margin, although expected to be lower on a year-on-year basis, is likely to improve sequentially aided by price hikes undertaken by the company.
Among key factors to watch will be the demand for tractors during the upcoming festive season.
M&M's tractor sales in September were also the highest ever with exports growing 26 percent.
Shares of Mahindra & Mahindra are up 57 percent this year and are the top performers on the Nifty Auto index as well as among the top gainers on the Nifty 50 index.
Check out our in-depth Market Coverage, Business News & get real-time Stock Market Updates on CNBC-TV18. Also, Watch our channels CNBC-TV18, CNBC Awaaz and CNBC Bajar Live on-the-go!