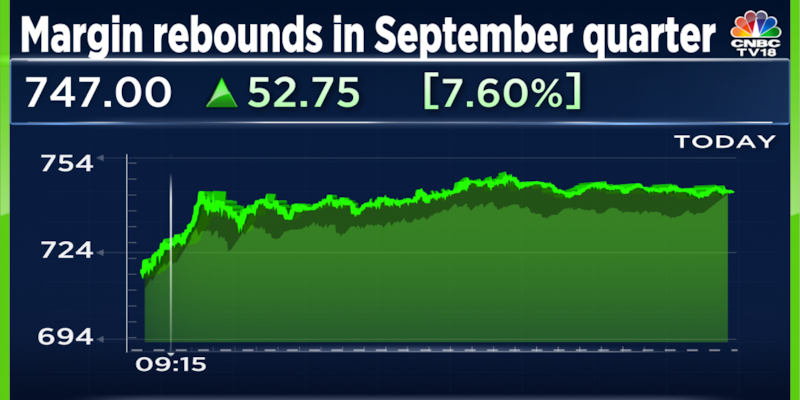 After three quarters of being in single digits, Lupin's EBITDA margin crossed the 10 percent mark in the September quarter.

Lupin's management expects double-digit growth in the second half of the current financial year. It also expects the recovery in EBITDA margin to continue. Lupin's EBITDA margin recovered nearly 500 basis points in the September quarter to 10.9 percent, which was also higher than the CNBC-TV18 poll of 10.7 percent.
The pharma major's EBITDA margin also returned to double-digits after three quarters. 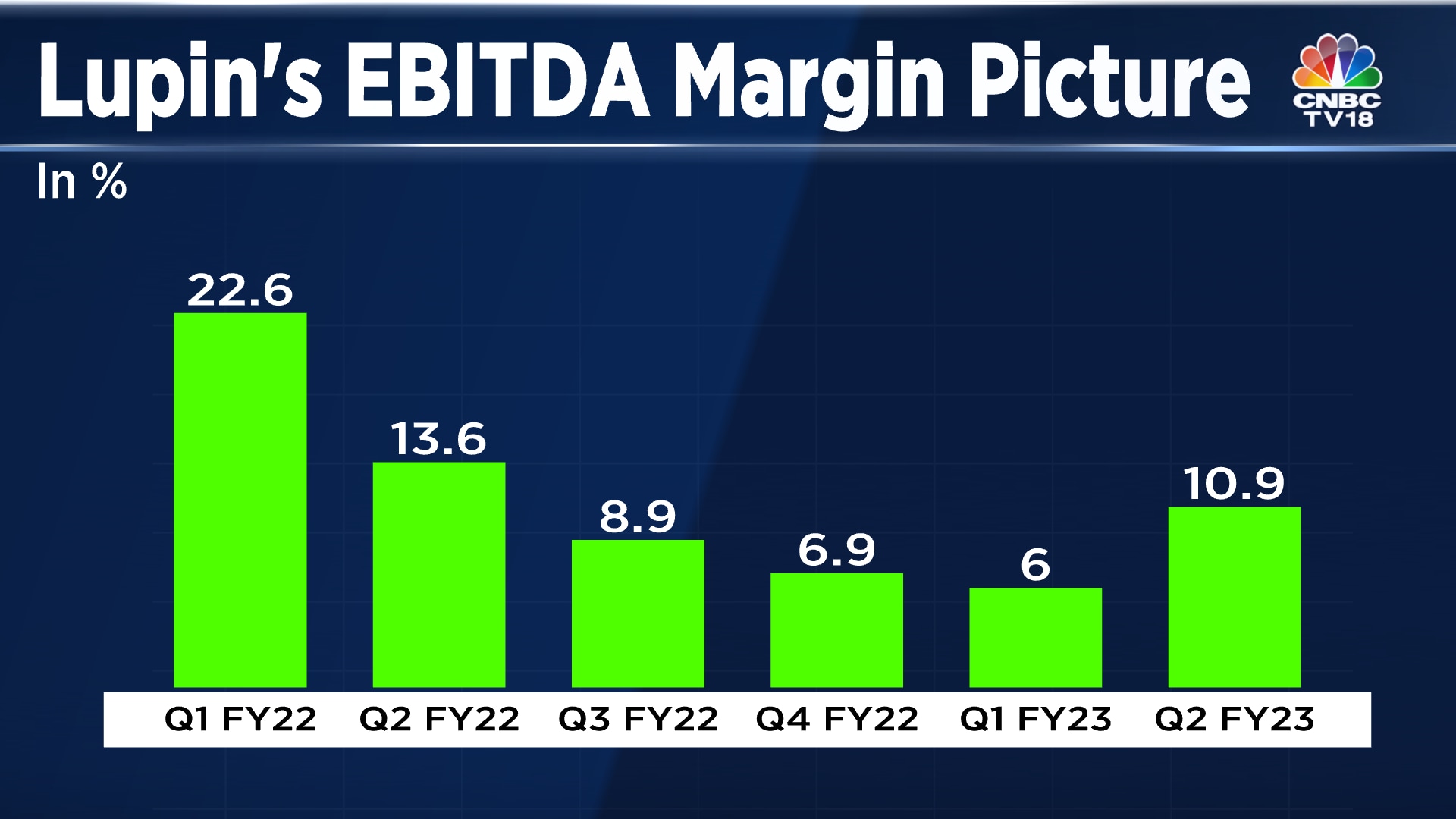 Lupin is implementing exits on products that have not contributed to profitability. CEO Vinita Gupta believes these exits along with new launches shore up the company's margin going forward.
If things go as planned, Lupin is anticipating an exit run-rate of 17-18 percent margin in the current financial year.
However, the exits from underperforming drugs may keep a lid on the topline going forward. On a year-on-year basis, Lupin's revenue was flat while margin expanded nearly 500 basis points. The company had reported a loss of Rs 2,100 crore in the base quarter due to an exceptional outflow on account of the Glumetza settlement and the impairment of Solosec. Lupin had guided for $200 million to be an eventual, sustainable revenue run-rate for the US business which it did manage to achieve a few quarters earlier but could not sustain.
The management is hopeful that the US business will grow both in revenue and profitability as it launches the Spiriva Generic and other new products in the upcoming financial year. Lupin is hopeful of launching the Spiriva Generic in the second half of the current financial year, subject to approval from the USFDA.
Lupin's US sales came in at $159 million for the quarter, higher than the street expectation of $155 million. Although still lower when compared to the same period last year, they were better on a quarter-on-quarter basis.
A third of Lupin's overall sales came from North America. Lupin's India business, which contributed to 40 percent of overall sales was slower than the overall market. The management was hopeful of growth picking-up in the September quarter which did not materialize as planned. It attributed the weakness to the underperformance of the Diabetes business.
"We do see it bouncing back in the second half," Managing Director Nilesh Gupta said.
The company's other markets like Europe, Middle East, Africa (EMEA), Rest of World (RoW) and Growth Markets reported double-digit growth compared to last year.
Regulatory Woes
Lupin has been plagued with USFDA issues in the recent past. Last month, the company's biotech facility in Pune received 17 observations from the US drug regulator. Its API unit in Tarapur has also received a warning letter.
The management said that the observations for the biotech facility were more than what they anticipated but are definitely addressable.
"We are obviously disappointed with the warning letter for Tarapur," Nilesh Gupta said, adding that they have put a very solid plan in place and that the company would have covered a lot of ground within the next 3-4 months to go back to the FDA.
Gupta also denied reports of suspension of products from this facility.
Also Read: Apollo Hospitals Earnings Preview: High Covid base to keep a lid on growth
Revenue from the API business declined 6.7 percent from the year-ago period to Rs 250 crore.
Other Highlights From The Quarter:
Brokerage firm Nomura believes that the recent acquisition of two inhalation brands - Xopenex and Brovana will aid Lupin's EBITDA margin expansion, which they have currently not factored into their estimates. The firm has retained its buy rating on the stock with a price target of Rs 863.
Shares of Lupin ended 4.1 percent higher at Rs 723.
Also Read: Dr Lal Pathlabs and Metropolis margins improve as growth returns to pre-COVID levels
Check out our in-depth Market Coverage, Business News & get real-time Stock Market Updates on CNBC-TV18. Also, Watch our channels CNBC-TV18, CNBC Awaaz and CNBC Bajar Live on-the-go!