Shares of Lupin have declined nearly 25 percent so far this year.

Pharma major Lupin Ltd. will report its September quarter results on Wednesday, November 9. The company is likely to return to profitability after reporting a net loss of Rs 89 crore during the June quarter.
A CNBC-TV18 poll expects revenue to be flat on a year-on-year basis while a net profit of Rs 170 crore is expected for the quarter. 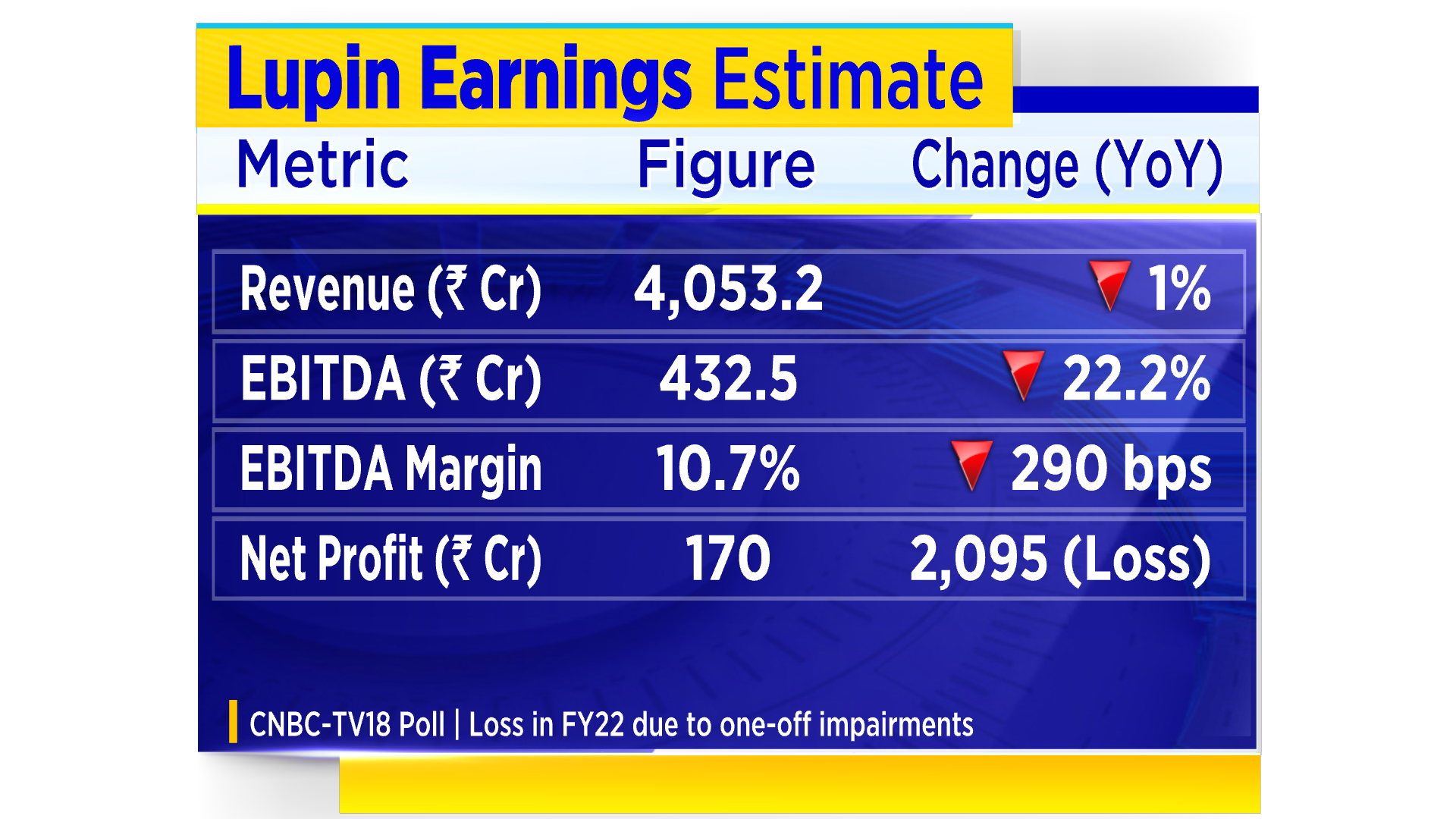 When compared to the June quarter, the company's sales may rise in high-single digits while margin may expand as much as 450 basis points. Lupin's US business, which contributes to nearly a third of the overall topline reported a 30 percent drop in the June quarter with margin being reduced to single digits against an estimate of 11 percent. Sales in the US were at a multi-year low due to a 10 percent price erosion, paring of inventory and shelf stock adjustment.
Post earnings, the company guided for US sales to be in excess of $150 million on a sustainable basis and for double-digit growth in the India business.
For the September quarter, the street is working with an estimate of $155 million in US sales led by the launch of bowel drug, the generic Revatio in September-end, easing of inventory and price pressures in the US and Albuterol, the inhaler drug, maintaining its market share at 15 percent.
However, the growth is likely to be offset by decline in its inhaler drug Brovana AG and some price erosion. Although lower year-on-year, Lupin's margin may recover sequentially due to the rebound in the US business along with cost-cutting measures taken by the company. The management has indicated cutting costs to the tune of Rs 500 crore over the next four to five quarters.
The guidance is to move towards double-digit margin but the losses in the diagnostics business may impact the same.
Commentary on Spiriva generic, performance of the diagnostics business and guidance for the US business with a base of around $150 million will be keenly watched by the street.
Also Read: Lupin receives tentative approval from USFDA for birth control pill
Lupin has been plagued with USFDA issues in the recent past. Last month, the company's biotech facility in Pune received 17 observations from the US drug regulator. Its API unit in Tarapur has also received a warning letter.
The company's injectables facility in Nagpur received a form-483 from the USFDA with five observations. Moneycontrol reported on Tuesday that the regulator has found procedural issues at the Nagpur facility.
Unit-2 in Pithampur and Unit-1 in Mandideep have already been issued warning letters by the regulator earlier.
Commentary from the management on how it plans on addressing these issues will be awaited.
Shares of Lupin have declined nearly 25 percent so far this year.
Also Read: Lupin gets US health agency warning over shortcomings at Tarapur plant
Check out our in-depth Market Coverage, Business News & get real-time Stock Market Updates on CNBC-TV18. Also, Watch our channels CNBC-TV18, CNBC Awaaz and CNBC Bajar Live on-the-go!