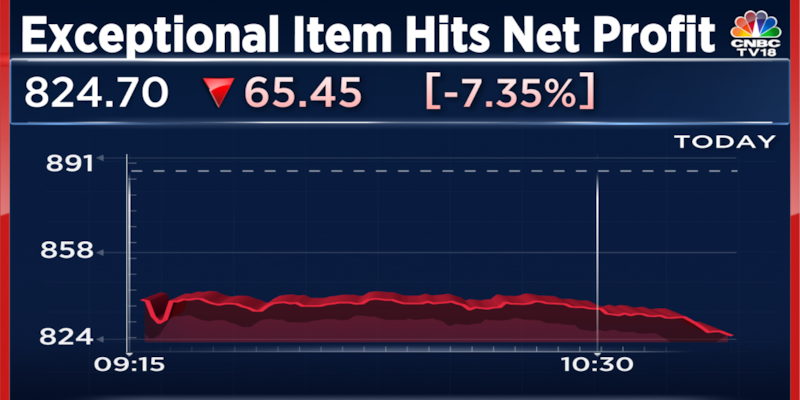 An exceptional loss of Rs 67 crore during the quarter hurt the company's bottom-line.

Shares of Gujarat Alkalies and Chemicals Ltd. (GACL), the manufacturer of chemical substances fell as much as 8 percent on Thursday after the company reported a 19 percent drop in consolidated net profit for the September quarter.

Consolidated net profit fell to Rs 60.5 crore for the quarter, compared to Rs 75 crore during the same period last year.

Gujarat Alkalies also announced on Wednesday that it commissioned the 105 Kilo Tonnes Per Annum Chloromethane, 10,000 Tonnes Per Annum Hydrazine Hydrate and 525 Tonnes Per Day Caustic Soda expansion projects at Dahej during the September 2022 quarter.