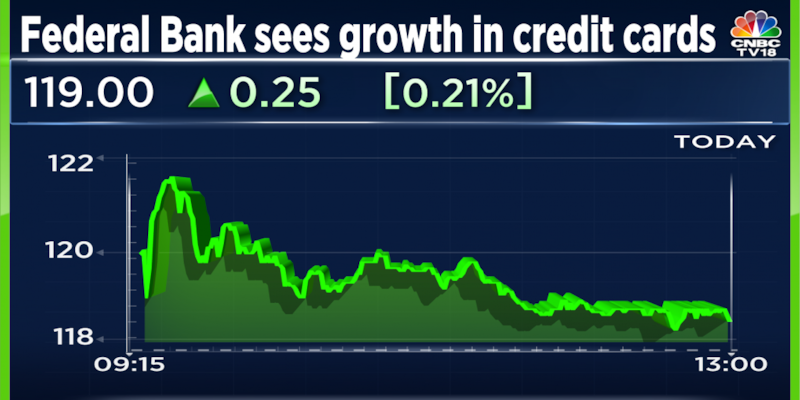 At the start of the year, Federal Bank had guided for loan growth to be between 18-20 percent.

Kerala-based Federal Bank is in wait-and-watch mode on how will high inflation impact consumer demand and consequently slow down loan growth. The management commentary comes after the bank reported year-on-year advances growth of 19.4 percent in the September quarter, which is the highest in over three years.
The management at the start of the financial year had guided for loan growth to be between 18-20 percent.
"Momentum into the third quarter is pretty strong with the festive season," Venkatraman Venkateshwaran, Federal Bank's CFO told CNBC TV-18 in an interview. However, he cautioned that given the current global environment, things can change rapidly. "But as we see things, at least for the next two quarters, we expect demand growth to be quite robust," he said.
The bank's credit deposit ratio or an indicator of how the bank's core funds are being used for lending was the best in 15 quarters at 86.7 percent.
Deposits for the quarter increased 10 percent from last year to Rs 1,89,146 crore. The bank's CASA ratio improved to 36.4 percent from 36.2 percent last year. However, it was marginally lower than 36.8 percent seen in the April-June period.
Federal Bank forayed into the credit card business in September last year, in association with Visa. The three variants of the card were named Celesta (for HNIs), Imperio (for family-oriented customers), and Signet (for the youth). The lender's CFO said that the growth in this business has been good albeit on a smaller base, he sees an opportunity to grow the book in this business, both through the organic and inorganic methods.
The bank was in the news last month over speculations that it is in preliminary talks with Kotak Mahindra Bank for a potential acquisition. However, the bank clarified to the exchanges that the news is speculative in nature.
“The internal communication I made had got the public attention. I don’t think there is any speculation of any nature. There is no such conversation nor is there any requirement for it,” said Shyam Srinivasan, MD and CEO of Federal Bank.
Shares of Federal Bank have given up gains and are currently trading flat at Rs 118.80.
Check out our in-depth Market Coverage, Business News & get real-time Stock Market Updates on CNBC-TV18. Also, Watch our channels CNBC-TV18, CNBC Awaaz and CNBC Bajar Live on-the-go!