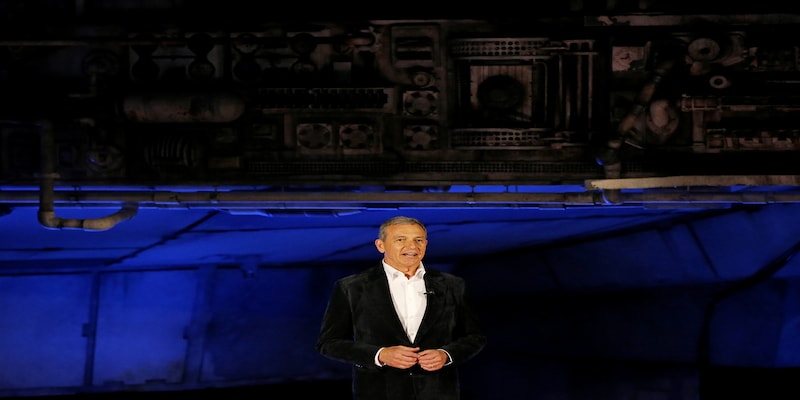 Bob Iger is back at Disney as the chief executive officer and will hold the position for two years.

Disney immediately reappointed former chief executive officer Bob Iger for the top position for two years and announced Bob Chapek's exit as CEO on Sunday. Iger, 70, said goodbye to Disney in February 2020 after serving as chief executive for 15 years. According to a company statement, he has now agreed to serve as CEO for two more years.

"The Board has concluded that as Disney embarks on an increasingly complex period of industry transformation, Bob Iger is uniquely situated to lead the Company through this pivotal period," Susan Arnold, chair of Disney's board, said as per the statement cited by Reuters.
The development after Disney posted a lower-than-expected set of earrings for the July to September quarter even as its streaming services did well. The company said it earned $162 million during the quarter, nearly flat compared to $160 million a year earlier.
Excluding one-time items, Disney earned 30 cents per share. Analysts, on average, were expecting earnings of 56 cents per share on that basis, according to FactSet.Revenue grew 9 percent to $20.15 billion from $18.53 billion. Analysts were expecting revenue of $21.27 billion.
Even as Chapek pulled Disney out of the COVID-19 pandemic woes, investors seem to be disappointed with continued losses at the firm’s streaming media unit.
Also Read: Is Disney stepping into the cryptoverse? The firm’s accelerator certainly hints at a move to web3
Following the quarterly result, Chapek said the company still expects Disney+ to be profitable in 2024, “assuming we don't not see a meaningful shift in the economic climate.”
Now Iger is back to take it from here, even as he had at the time of stepping down said that he was doing so because he was becoming too dismissive of other people’s opinions.
“Over time, I started listening less and maybe with a little less tolerant of other people’s opinions, maybe because of getting a little bit more overconfident in my own, which is sometimes what happens when you get built up,” Iger told CNBC in December 2021.
Check out our in-depth Market Coverage, Business News & get real-time Stock Market Updates on CNBC-TV18. Also, Watch our channels CNBC-TV18, CNBC Awaaz and CNBC Bajar Live on-the-go!