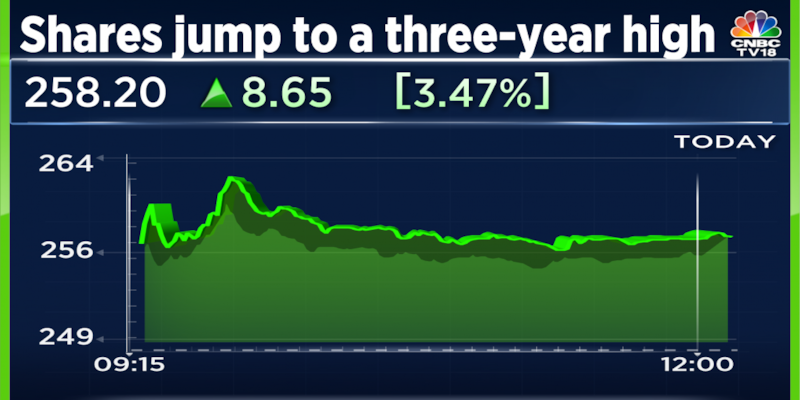 Shares of Coal India are the top gainers on the Nifty 50 index.

Shares of state-run Coal India Ltd. jumped to their highest level in three years on Wednesday, despite the miner's September quarter results missing estimates due to higher expenses.
The company's revenue, although marginally lower, missed expectations of a CNBC-TV18 poll. However, all other parameters reported a big miss compared to what the street was working with. However, on a year-on-year comparison, the company's numbers look significantly higher. Revenue increased nearly 30 percent while operating profit or EBITDA jumped 85 percent.
The company's EBITDA margin came in at 24.4 percent, which was 750 basis points higher than the 16.9 percent it reported during the same period last year. But when compared to the CNBC-TV18 poll, Coal India's EBITDA margin ended up being 920 basis points below the 33.6 percent estimate.
The company's net profit of Rs 6,044 crore was nearly triple from the same period last year but lower than the Rs 6,831 crore figure the CNBC-TV18 poll projected. The figure was also lower than the Rs 8,834 crore net profit it reported during the June quarter. Coal India's Average Realisation per tonne increased 23 percent from last year to Rs 1,781.3. However, that number was a miss compared to a Kotak Securities estimate of Rs 1,872 per tonne.
The board has also approved a first interim dividend of Rs 15 per share and the record date for the same has been set as November 16.
Broking firm CLSA has maintained its buy rating on Coal India with a price target of Rs 280, stating that how the company uses its cash will be crucial to watch. It has also raised its current and upcoming financial year Earnings per Share (EPS) estimates by 7 and 16 percent respectively.
Shares of Coal India are trading 3.4 percent higher at Rs 257.95 and are the top gainers on the Nifty 50 index.
Check out our in-depth Market Coverage, Business News & get real-time Stock Market Updates on CNBC-TV18. Also, Watch our channels CNBC-TV18, CNBC Awaaz and CNBC Bajar Live on-the-go!